Philosopher of Chemistry and Other Exact Sciences. To Dmitri Mendeleev's Birthday 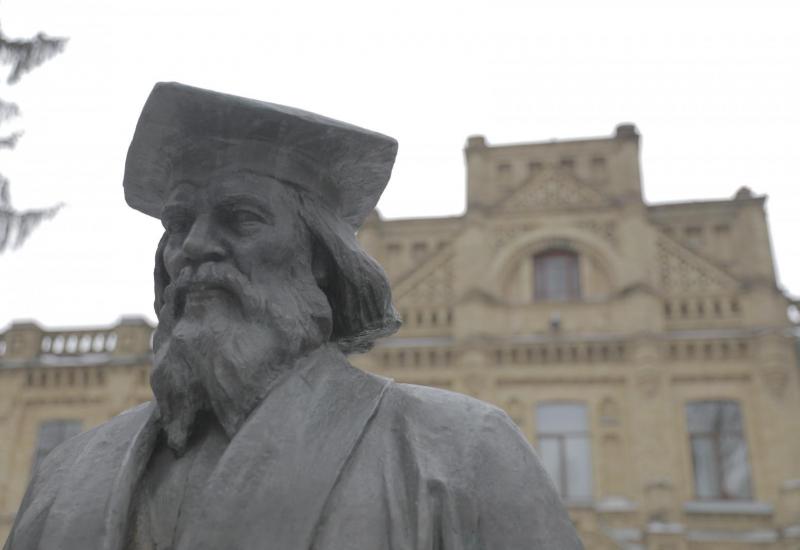 ‘Such a general set of knowledge which I witnessed in the first-year students of Kyiv Polytechnic Institute I haven’t seen in the universities and technological institutes known to me.’ These words, written by Dmitry Mendeleev during his chairmanship in the first examination commission of Kyiv Polytechnic Institute, are immortalized under a bas relief of the chemist on the main building of Igor Sikorsky Kyiv Polytechnic Institute. Today, they remind everyone at the University how important it is to be committed to their core faith. It is faith in the power of knowledge, science, and sharpness of mind. The most famous chemist has practiced this religion all his life. And the way he valued the University at the beginning of the last century still inspires us not to lose inspiration and professionalism in establishing Ukrainian science.

‘There are no talents or geniuses without increased diligence,’ said the scientist, who was not overshadowed by his own genius.

The outstanding scientist was born on February 8, almost two centuries ago. His flexible mind was always searching for the truth. His mind was phenomenal because it combined with stubborn workaholism and an unusual way of thinking.

Later, another famous Soviet scholar Lev Chugaev compared Mendeleev to Shakespeare and Tolstoy. Mendeleev could brilliantly illuminate and argue for truth as simple as the world. And indeed, Mendeleev had a powerful foresight, a genius intuition to formulate the law of periodicity at a time when there were no definite ideas about the structure of the atom. ‘The truth reveals in silence to those who seek it,’ wrote Dmitry Mendeleev.

However, less than a tenth of Mendeleev's works are about chemistry. The works promoting scientific knowledge related to aeronautics, meteorology, Arctic exploration, icebreaker design, public education, forensic science, economics, and the exposure of spiritualism. And this is not all range of interests of the last scientist-encyclopedist.

The concept of sustainable development, rational use of nature, ecology also were areas of his research.

The scientist warned society against the unwise use of natural resources. He passionately discussed the topic of exhaustive minerals. He also called for the rational use of oil, water, and coal and argued for gasifying coal. Mendeleev intended to modify the methods of oil production and transportation.

Mendeleev stressed the importance of education as the core of forming a healthy society and a prosperous state. ‘School is a workshop that forms the opinion of the younger generation. You need to hold it firmly in your hands unless you want to lose the future.’

The scientist was close to political and social life. He warned that it was necessary to eliminate the monopolization of natural resources. Unfortunately, his words were not heard.

The genius proved with his own example that to become a scientist you must have an incredible interest in life, stubbornness, and a sharp mind. However, to become an outstanding and glorious scientist, you also need a big heart and courage to raise important issues in society inconvenient for the powers that be at all times.