Music Day in the Center of Culture and Arts (video, record) 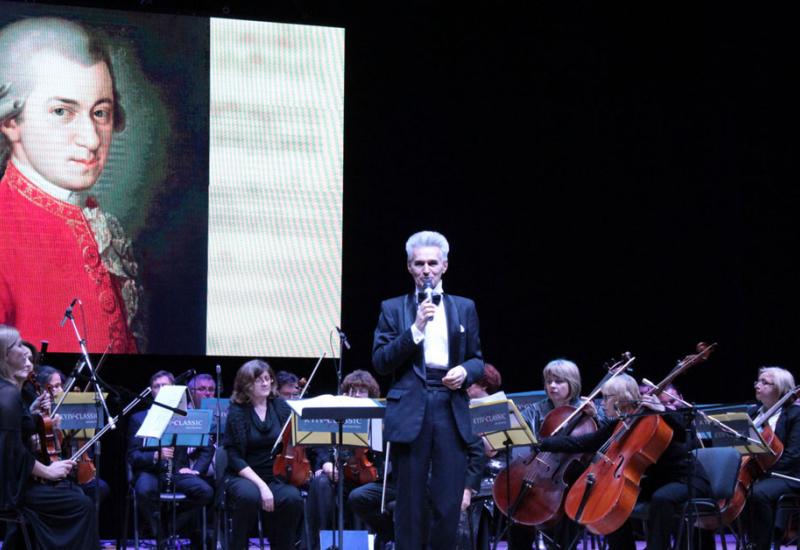 The unique “Kyiv-Classic” orchestra performed at Igor Sikorsky Kyiv Polytechnic Institute. It’s one of the greatest ensembles of the capital that is touring around the globe. The artistic director and conductor of the orchestra is the unrivaled People's Artist of Ukraine Herman Makarenko. The orchestra performed some of the compositions together with the musical ensembles of Igor Sikorsky Kyiv Polytechnic Institute.

On the occasion of the International Music Day the “Kyiv-Classic” Symphony Orchestra performed at the Center of Culture and Arts of Igor Sikorsky Kyiv Polytechnic Institute. This ensemble is fairly considered one of the best musical ensembles in the capital of Ukraine. The artistic director and chief conductor of the orchestra is the UNESCO artist for peace, the conductor of the National Opera of Ukraine, the People’s Artist of Ukraine, laureate of international competitions, Candidate of philosophical sciences, Doctor of Art History, Professor, and Ambassador of Ukrainian Culture Herman Makarenko. In the repertoire of the orchestra, there is a great amount of works of different genres and eras from all over the world.

The concert began with the works of Wolfgang Amadeus Mozart (“Little Night Serenade”, symphony No. 40). Then the music of P.I.Tchaikovsky (“The Nutcracker”) and S.Hulak-Artemovsky (“The Cossack”) sounded. After that, a musical journey began on all the continents of our planet. The work of Christine MacPherson “Waltzing Matilda”, which is called the unofficial anthem of Australia, was performed. South America was represented by the song of Serhiy Dudariev in the samba style “In the land of sun”. Together with the orchestra, it was performed by a musical group made up of Tymur Burlaki (drums), Daniil Kryshevych (bass), Serhiy Dudariev (guitar), Andrii Martynenko (saxophone), Alina Bieliaieva (vocals). The next performance seemed to turn the minds of the audience to North America. The lead singer of the vocal studio of the Center of Culture and Arts “Inspiration” Stephen Andrianarisua performed John Mendel's song “The Shadow of Your Smile”.

After that the audience flew into the world of musical culture of Asian peoples. The laureate of nationwide international vocal competitions Kateryna Vovchuk presented the audience a song from the repertoire of the famous Arab singer Um Kalsum “You embarrassed my heart”. The next song is very popular “Jasmine Flower” in China, which was performed by singers Wang Ina, Li Qing, Oksana Kvashnyna accompanied by a chinese flute (Licang Gua), an erhu - a chinese violin (Liang Wanping) and an orchestra.

Then the performers from the Center of Culture and Arts again performed with the orchestra. Laureate of international competitions, the head of the “Solo” vocal studio Nadiia Fesenko performed the entrance Silva aria from Imre Kalman’s operetta “Silva”. The musical work of the Ukrainian composer Myroslav Skoryk, “Melody in A-Minor”, written for the film “The High Pass”, together with a symphony orchestra, performed the quintet of the Folk Bandurist Capella of our university. The next music piece represented Africa. The National Academic Capella Choir (lead vocalists Anton Virovets and Julia Neduzhko) performed the song of the American composer Christopher Tin “Baba Yetu” (in Swahili - Our Father).

In the final part of the concert, the “Kyiv-Classic” orchestra performed a waltz by Aram Khachaturian, Vittorio Monty's “Chardash” (violin solo - Honored Artist of Ukraine Olha Lepko). In conclusion, the “Musical extravaganza” was performed.