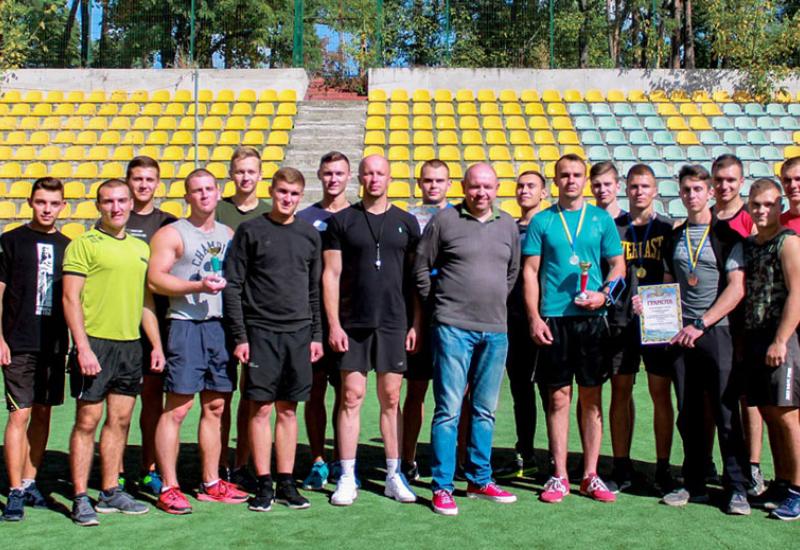 On 15th September, a sport holiday was held at the Institute of Special Communication and Information Security in conjunction with the Day of Physical Education and Sport established by the President Decree of June 29, 1994.

Sport and training are integral part of the education of the cadets of the Institute, that ensures the physical preparedness of military personnel to sustainably stand physical activity, nervous and mental stress, adverse factors of combat activity, as well as combat ability and combat readiness of future defenders of Ukraine.

The sport event was held on the small sport court of the Igor Sikorsky Kyiv Polytechnic Institute.

This sport event began with a relay race 4x100 m. The third-year cadets became the fastest, the fifth-year students took the second place and the first-year students of the Institute of Special Communication and Information Security took the third place.

Sixth-year cadets won in competition of pulling-up on the horizontal bar, the second place took the third-year students.

The event ended with the tug-of-war. In this competition won the fifth-year cadets. The second place took the sixth-year cadets and the third place – the second-year cadets.

The first Deputy Head of the Institute, Colonel Olexandr Vasilyev congratulated the winners of the competition with sport achievements and awarded them with diplomas and cups.

Also, medals for the 1st, 2nd, 3rd places in the individual championship were awarded to the sixth-year cadets, who showed the best results.

Finally, it is important to mention that winning was not so easy, as the cadets and students were not only well-prepared, but also demonstrated good physical fitness and team play during the competitions. The other equally important aspect is the support of the fans, who emotionally added excitement to all participants and encouraged the teams to win.