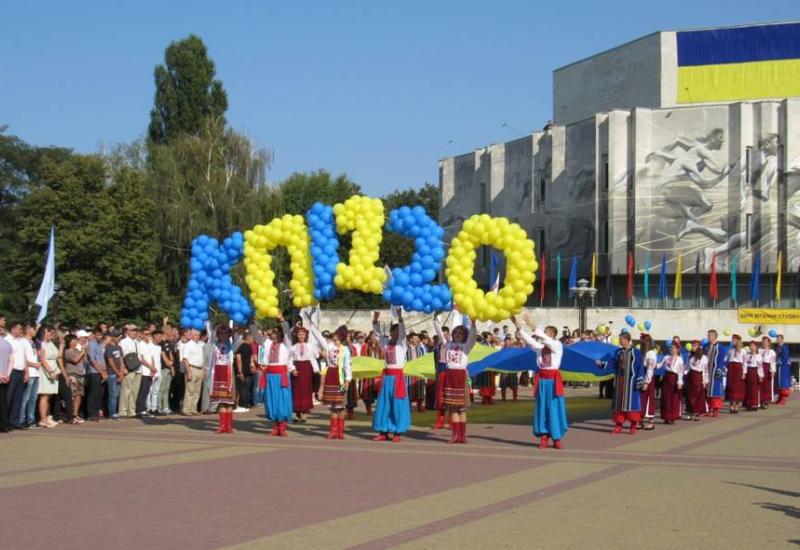 The traditional holiday "Freshman’s Day" at the National Technical University of Ukraine "Igor Sikorsky Kyiv Polytechnic Institute", which took place on August 31, was celebrated especially solemnly. One of the reasons for it is that the year 2018 is the year when the university celebrates 120-year anniversary since its foundation.

This year almost 5,000 freshmen joined the student community of Igor Sikorsky Kyiv Polytechnic Institute. They will acquire knowledge as full-time and part-time students. The admissions campaign once again showed that the university is one of the leaders among school-leavers. Moreover, in the conditions under which a state order is being prepared for the training of specialists in domestic institutions of higher education, it is Igor Sikorsky Kyiv Polytechnic Institute that received the largest number of budget places in

Ukraine. The majority of the new members of the renowned family of our university have come this day to the Square of Knowledge.

Various events were prepared for them: the opening of the monument to a prominent philosopher, a demonstration of technical and scientific achievements of students and staff of the university, a parade of champions and prizewinners of the most prestigious sports competitions, performances of groups from the university's Center for Culture and Arts and much more. The university administration and honorary guests gave speeches to inspire the new generation of freshmen.

The celebrations began with the opening of the monument to a prominent Chinese thinker, educator and politician Confucius (the authors of the monument – Mykola Znob and Veronika Dirova). It is located on the Square of Knowledge facing the seventh building, where most of the humanitarian departments are situated. Confucius paid special attention to the education with the goal of bringing up a perfect wise man. Therefore, the following words are engraved on the pedestal of the monument: "One who learns, but does not think will lose himself, one who thinks, but does not learn will destroy himself".

"Love and respect of the Ukrainian people to Confucius is not a coincidence. Is this the spirit of humanism: do not do something else that you do not want yourself; Is this the concept of mastering knowledge: when three are on the way - one of them is, of course, my teacher; Is this a way of hospitality - a rally to meet a friend who came from afar. The quintessence of Confucianism is reflected in the history, culture and system of values ​​of our two nations. The principle of making oneself useful to others and living for others instead of following one’s selfishness, the spirit of humanism as not treating others the way you would not like to be treated, the concept of acquiring knowledge – when three people are travelling, one of them will certainly be my teacher, and the idea of hospitality – to welcome a friend who paid you a visit from a far off land underlie Ukrainian mentality and the ideas of Confucianism at the same time," said Du Wei, Extraordinary and Plenipotentiary Ambassador of the People's Republic of China in Ukraine at the opening ceremony.

The next part of the holiday was opened by raising of the Ukrainian flag above the Square of Knowledge. This right was granted to the servicemen the Honorary guard of the separate regiment of the President of Ukraine. After that, representatives of the institutes and faculties of the University carried the basket of flowers to put them on monuments to the students and staff members of our university who died during the Second World War, during the Revolution of Dignity and in the battles in the east of Ukraine, to the cross to the Heroes of the Heavenly Hundred, as well as to the monuments to prominent scientists and designers, whose studies and activities were related to Igor Sikorsky Kyiv Polytechnic Institute. The participants celebrated the memory of students, graduates and university employees who laid life for Ukraine's freedom with a minute of silence.

After that the freshmen were greeted by the rector and honorary guests.

“Dear freshmen! Intensive and difficult process of acquiring knowledge and skills awaits you. At the same time, you are about to experience an exciting and interesting student life. Igor Sikorsky Kyiv Polytechnic Institute is more than a university in the traditional sense. It is a great scientific, educational, innovational and methodological center for the formation of outstanding individuals and specialists,” Mykhailo Zgurovsky, the rector of Igor Sikorsky Kyiv Polytechnic Institute and academician of the National Academy of Sciences of Ukraine Igor Sikorsky. “Our university gives a chance to each of you to self-actualize place in different spheres of human activities depending on your preference ... I hope you will use this chance. I hope you will become truly great people. Good luck to you on this path!”

The celebration ended with students-winners of various international and all-Ukrainian subject and scientific olympiads, competitions of projects of 2017-2018, the strongest representatives of various who won competitions of different levels and art lovers who improve their talents in the ensembles of the Center for Culture and Arts walking in the Square. The demonstration of scientific and technical developments of the students and employees of the university was especially interesting to the audience: racing cars "Formulate Student of Igor Sikorsky Kyiv Polytechnic Institute", which participated in interlational competitions “Formula SAE” in the Czech Republic, Hungary and the Netherlands, nano satellites and unmanned aerial vehicles designed in our university.

The festive parade of students culminated in lighting of the symbolic torch of knowledge over the Square of Knowledge, which was handed to the first-year student by excellent students who started their first master’s degree year.

Finally, the capital letters "KPI 120", connected with yellow and blue balloons, went up to the Kyiv sky. The student anthem "Gaudeamus" performed by the People's Academic Choir of our university accompanied their flying away. The shower of small leaflets with congratulations on the university 120th anniversary, which suddenly floated from the quadcopters flying above the square, surprised the audience.

The events on the occasion of the celebration of the Freshman’s Day will be end on September 1 with an open-air concert on the Square of Knowledge. The group "BB" with the frontman Oleg Skrypka who is also the graduate of Igor Sikorsky Kyiv Polytechnic Institute will take part in the celebration. 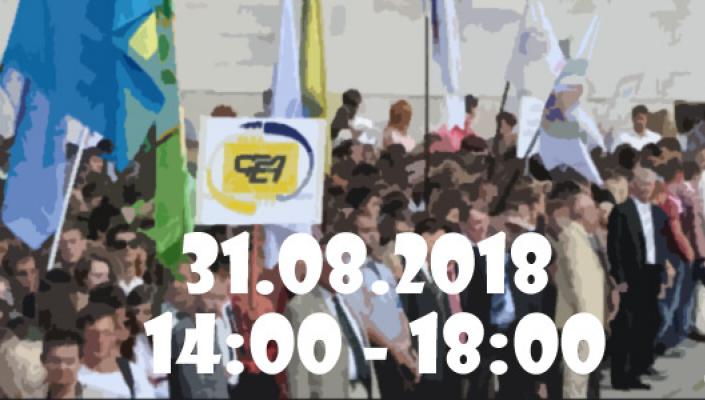