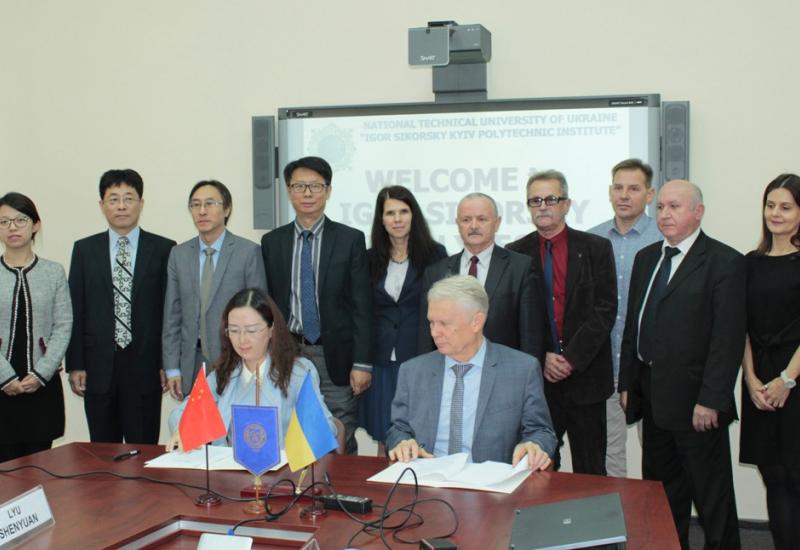 Founded in 1993, ShenZhen Technical University is located in the city, which now occupies the fourth position among the economic centers of mainland China (after Beijing, Shanghai and Guangzhou), and is among the top five of the country's three leading financial centers. In terms of industrial production, Shenzhen is ranked second among Chinese cities. Here are headquarters of some of the world's largest Chinese companies that produce telecommunication equipment, communications, and more. Therefore, the university cooperates with the most modern innovative enterprises and prepares personnel for them. Moreover, in 2017, he became the leader among Chinese universities in terms of the number of applications filed for international patents.

The meeting was attended by Vice-Rector for Educational Work Petro Kyrychok, Head of the Department of General Physics Vitaliy Kotovskyi, Deputy Director for Educational Work with Students of the Publishin and Printing Institute of Igor Sikorsky Kyiv Polytechnic Institute Oksana Lototska, Associate Professor of the Department of Graphics of the Publishing and Printing Institute Yuriy Pshenichnyi,  Deputy Head of the National Union of Artists of Ukraine Mykola Kyshchuk and member of the National Union of Artists of Ukraine Sergiy Kovtun and others also took part in the meeting.

The participants of the meeting held one for one presentation of their universities and discussed the issues of establishing cooperation and its possible directions.

Finally, a memorandum of cooperation was signed, aimed at promoting of exchanges and cooperation in the field of science and art, as well as creating opportunities for students to obtain education not only in their country but also abroad. The forms and terms of cooperation in certain areas, according to this document, will be regulated by separate agreements.

On behalf of the Igor Sikorsky Kyiv Polytechnic Institute, the document was signed by Vice-Rector Petro Kyrychok, on behalf of ShenZhen Technical University – by Pro-rector Sun Xianyu.