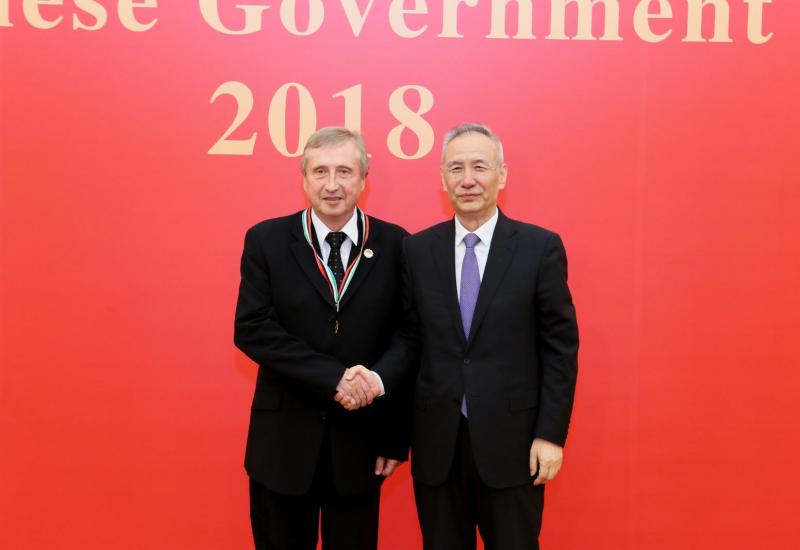 Academician of the National Academy of Sciences of Ukraine Michael Zgurovskyi, the Rector of the National Technical University of Ukraine “Igor Sikorsky Kyiv Polytechnic Institute”, received the highest award from the People's Republic of China for foreign experts who have made an outstanding contribution to economic and social progress and contributed to the country's innovative development, the “Award of Friendship”.

This year, the Chinese government awarded the “Award of Friendship” to 50 experts and scientists from the 21 countries in the world. Among the awarded were two graduates of Igor Sikorsky Kyiv Polytechnic Institute (Michael Zgurovskyi and professor at the University of Philadelphia (USA) Yuriy Gogots). The award consists of a medal and a corresponding certificate. On the obverse of the medal the image of the Great Wall is stamped, as well as the inscription “Award of Friendship” in Chinese and English.