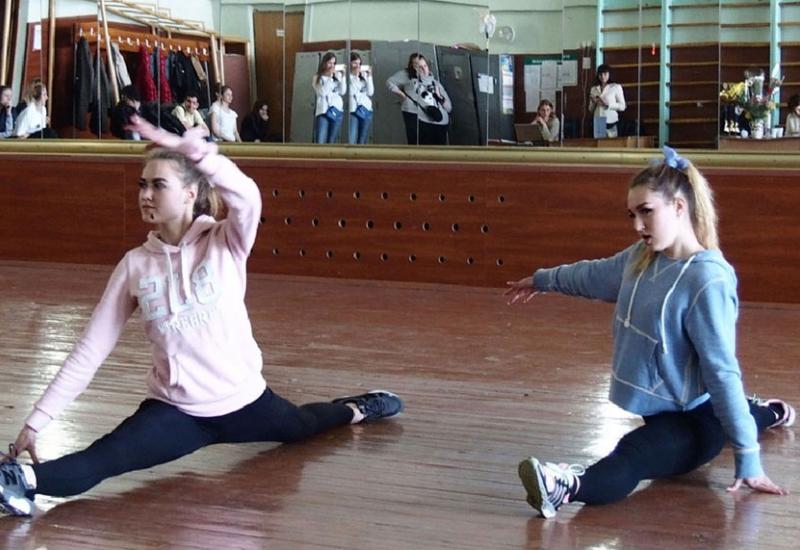 On 12 April 2017 about 70 young girls from FBE, FMF, FL, XTF, FMM, FEL, ITS, FAKS, IPT, FIOT, FSP, VPI, IASA, FBT, IEE, RTF, ZF and TEF tool part in the Shaping Competition according to the KPI Spartakiad program. The main purpose of the competition is promoting sports and healthy lifestyle.

Among the brightest students in recitals are S. Lupanenko (IASA) with the first place, N. Denysenko (FBT) with the second place, K. Medvediuk (FAKS) and Y. Spasova (IEE) with the third place.

Each of the sportswomen diligently worked on their speeches, made every effort to show their creativity and discover their talents. All performances pleased the guests, fans and judges of this event incredibly. The winners of the competition were awarded with diplomas and medals. Each participant was given spring flowers.

We would like to thank the teachers of the Physical Education Department for their help in holding and judging the competition: A. Boiko, N. Havrylova, T. Kozlova, N. Ivaniuta, V. Shyshatska, N. Havrylova, I. Novikova, I. Khimich.