The window of opportunity for Ukrainian scientists 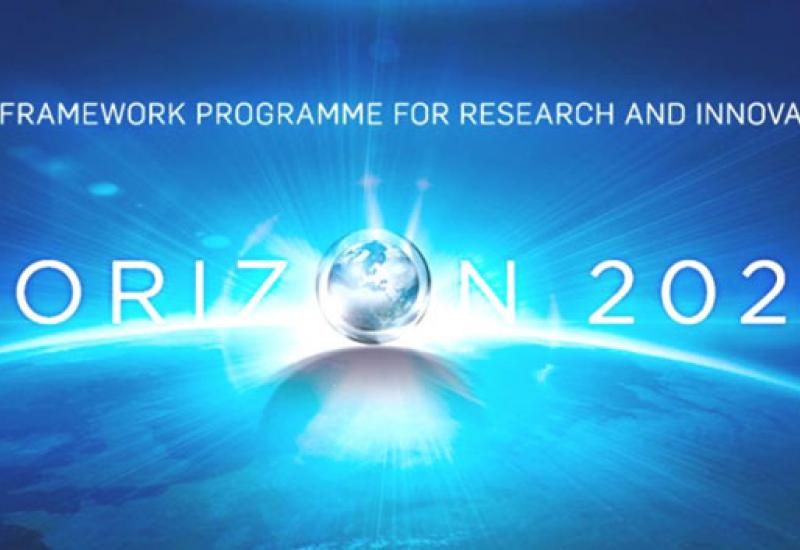 On the pros and cons of the decision-Ukraine Association Agreement with the European Union over the past two years, which had not only read and hear. However, most of those in power, analysts, political scientists, journalists and other interpreters of this important document for our country something almost no concern of his chapters that unormovuyut common policies in the areas of science, industry and entrepreneurship, the development of the information society, education and culture and so on. And in vain, because they determine the significant opportunities that receives them and, in fact, has already received Ukraine after 2014. After an agreement between Ukraine and the European Union on the participation of Ukraine in the EU "Horizon 2020 - the Framework Programme for Research and Innovation (2014-2020)" concluded on the basis of already existing provisions of the Association Agreement, set out primarily in its fifth chapter, where several chapters describe how Ukraine will cooperate with European countries in the above areas. As for the participation of our country in various programs of the European Union, the matter even dedicated a separate chapter 28, "Participation in the programs and agencies of the European Union" in Article 451 which states that "Ukraine the opportunity to participate in all current and future programs of the Union open to Ukraine under the relevant provisions, which introduced these programs. "

So, in terms of participation in European research and  innovation programs, we now have the same rights as EU countries. Another thing is that in order to join with the European universities, laboratories and innovative structures of certain projects, our researchers should stress work. For a chance to receive a grant with only those projects that firstly aimed at resolving the really pressing problems of the continent (list of competitions by area and type of projects are regularly published on the Internet resources Program), and secondly, no one realized the university or organization, and a consortium of institutions from across Europe, thirdly, filed on competition such project proposals that meet the standard conditions of their admission by the European Commission, and more. But this endeavor is worth. After program "Horizon 2020", valid from 2014, is the most  international program of research and innovation researching  of the general fund of about 70 billion euros. She has significant difference from the past, because there is actually a conglomeration of three areas that were previously separate "Framework program of research and innovation," "Framework Programme Competitiveness and Innovation" and the activities of the European Institute of Innovation and Technology . They combined into a single large program to in order to shorten the path from idea and research and innovation to the market. This structure reflects the main objectives of the program: 1) to make Europe an attractive place for researchers the best; 2) promote innovation and European  competitiveness conglomerates and businesses; 3) by means of science solve the  most pressing issues of modern European society. So the same Programm "Horizon 2020" important  implemented in three areas: 1) advanced the science that is opened for high individual and team research projects in all fields of knowledge, including humanities; 2) leading  in industries that have funded  the development of new technologies and materials, including ICT and space research (within this area available, moreover, are financial instruments for innovation in small and medium business); 3) common challenges with a wide range of research projects - from improving the quality of transport, food, health care and security to European identity and cultural heritage.

It is clear that due to the stimulation of research, coupled with the introduction of innovation program "Horizon 2020" European countries helps to ensure their sustainable development, supported by economic growth and growthing number of jobs that, in turn, will contribute to the solution of social problems of entire regions.

Also program "Horizon 2020" places special emphasis on those areas that may be economical  drivers of the continent. This is the agricultural sector, space, innovation in small and medium business, biological and information  tehnology , data processing, perspefficient technologies. It should say  that the results of the KPI researchers Forsyth Ukraine's economy in the medium (2015-2020) and long term (2020-2030) time horizons, most of these industries are both potential drivers Ukrainian economy. Therefore, from this perspective, participation in the program "Horizon 2020" is for Ukrainian scientists and pid¬pryyemtsiv, including for kyiv polytechnics especially important.

To provide prospective Ukrainian participants of the program "Horizon 2020" qualified consulting and organizational support for participation in relevant projects in Ukraine, a network of National Contact Points Programme "Horizon 2020". This is a highly professional service supporting  operating at national level and an important part of its implementation. In "KPI them. Igor Sikorsky" NCP is working on thematic areas "Information and communication the technology" (ICT) and "Climate and efficient use of resources, including raw materials" (Kevr).

However, in order in order to join the program, work should first thoroughly by the researchers, because the criteria by which the Commission evaluates project proposals are rather stringent. This - not just the language of the proposal (English only!), But its relevance to the ads of the competition, the presence of foreign partners, a clear definition of the timing of certain stages of the project and the expected results from its implementation so on.

At first glance, the conditions are quite tough, but to fulfill them, nevertheless, quite possible. Evidence of this - the project "Ukraine", which recently ended. Participating in it were researchers from the Institute of Telecommunication Systems and the Faculty of Management  and experts thermal power and chemical-tehnology  faculties. The aim was to strengthen the position of Europe as a leading player in the space industry and uploads Ukrainian market applications using GNSS (global navigation satellite system) to systems Galileo and EGNOS. To ensure its achievement was to create a platform for research and development of various applications and the development of business relationships between organizations working in the field. That is, pro¬ekt had to provide the greatest possible benefit from the potential of cooperation, which was made possible by the signing of an agreement between Ukraine and the EU in the field of global navigation satellite systems (GNSS). Achieving these goals was the key to the creation in Ukraine of appropriate business opportunities for both domestic and for European companies. This is useful not only for the Ukrainian economy, but also for society. The project, which served as a consortium of nine universities artists from six European countries, lasted nearly two years and just ended. The final conference of the project at KPI them. Igor Sikorsky was held on September 21 this year. One of the main conclusions that were made in the speeches of the participants was recognition of the project as extremely successful. Thus, according to the head of the National Contact Point of the EU's "Horizon 2020" in Ukraine in "Information and Communication Technologies" Sergey pro¬fesora Shukayeva, the consortium will submit a new project for the contest on the subject, to be announced in November cur ¬noho year.

Other successful projects can be considered two projects implemented in the program of action of Maria Sklodowska-Curie, which is part of the program "Horizon 2020".

The first of them - a project "MagIC - Magnonics, Interactions and Complexity: a multifunctional aspects of spin wave dynamics (Mahnonika, interaction and complexity: multifunctional aspects of the spin-wave dynamics)," participation in the above which are specialists Physics faculty of Mathematics and faculty of biotechnology and biotechnik. Dedicated mahnoniky its problems and opportunities that may arise during its interdisciplinary joined of photonics, electronics and fononikoyu. It is no exaggeration - the cutting edge of modern science. The main areas of research - the study of nonlinear effects in magnetic materials with periodically modulated properties (mahnonichnyh crystals), development of theoretical models of scattering of spin waves in nanoscale, study the influence of the excited frequency and fractal structure on mahnonichni spectra. In addition, the project scientists will study and still unexplored areas of mutual coexistence mahnonichnyh functionality of photonic, or plazmotical  fononichnymy properties in a single nanostructure. Academic exchange  within seven European and Ukrainian research groups (168 visits per month for 4 years) with a large network and information activity will be used to establish new relations, multilateral support knowledge transfer and innovation.

The second project is "AMMODIT - Approximation Methods for Molecular Modelling and Diagnose  Tools (approximation methods for molecular diagnostic products and modelling )", which takes part in the Department of Applied mathematic . The work on it joined  research teams from four countries in the field of applied mathematics with a focus on medical and biological applications of science. The goal is joint research in six research areas devoted to: the study of mathematical methods for imaging magnetic particles; similar to the entropy measurement and evaluation of  quontatative  complexity of the system; Multimodal modeling for (bio) polymers; diagnostic products for cardiovascular surgery; regulate  methods detection  causation; meta-learning  approach  to forecasting  hypoglycemia. The work in each of these studies  foresee 24 month of secondment research (18 partners from the EU, 6 - to the Ukrainian universities).

In general, Ukrainian scientists are currently working on 44 projects of the EU's "Horizon 2020". Three of them are implemented in the CPI.

The answer to this question can give a comparison, representatives of universities operating in Poland 551 project. 16 of them are implemented at the Warsaw University of Technology, 10th Wroclaw University. In small Estonia implemented 193 projects, with 17 of them - in the Tallinn University of Technology. In Germany - 3372 (!) Projects, including 14 in Magdeburg University. Otto-von-Guericke with which CPI has joint Ukrainian-German Faculty of Engineering and is working on the program of dual diploma.

So we have much to grow, and there is nobody to learn. It is not only fear and look for those areas of research where success is very real. The list of contests and recommendations for participation in them can be found at NCP "KPI them. Igor Sikorsky" (http://ncp.kpi.ua) and the "National portal" HORISON 2020 "the Ministry of Education and Science of Ukraine (http://h2020.com.ua).