Modern China through the eyes of heating engineer 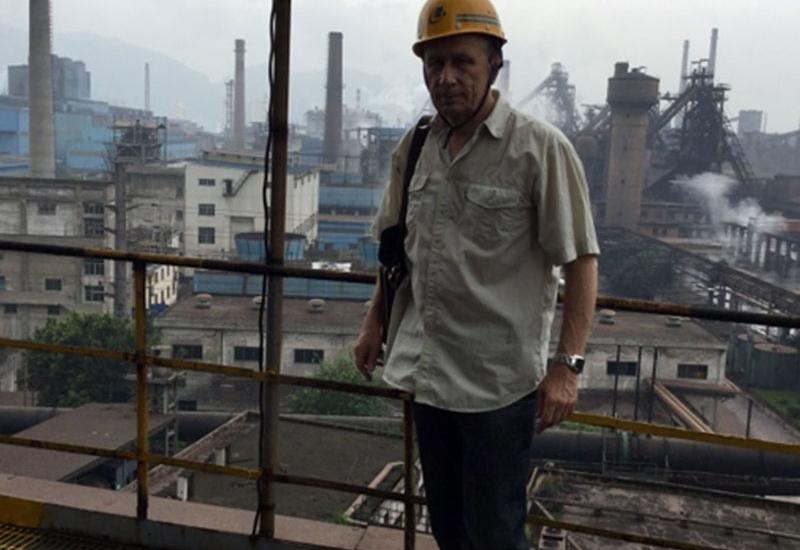 In the summer of 2016 the Chinese Corporation Lidoning (Fujian province) invited the delegation of  National Technical University of Ukraine ‘’Igor Sikorsky Kiev Polytechnic Institute ‘’  to participate in numerous scientific and technical events, which were held at the metallurgical enterprises of China.

It should be noted that this meeting in China is a continuation of bilateral discussions about possible scientific and technological projects which are held between KPI and universities of China. This time the delegation was headed by associate Professor of the department of thermal power equipment of thermal and nuclear power stations  at the heat power engineering faculty-Mykhailo Abdulin.

The representatives from China is very interested in the possibility of use in steel mills spray and niche technology (SNT) combustion, which is developed on the basis of research carried out in the combustion laboratory of the KPI. This is a single universal technology, which is used in a wide range of gas-powered equipment (boilers, furnaces, dryers, etc.). Many hundreds of gas-powered objects (VO) are based on SNT.

The purpose of the trip was to find the objects on which it is possible to use SNT, and discuss technical and organizational issues of cooperation. The Chinese side has offered a lot of installations for inspection at six plants of the Corporation in Fujian province in southern China: the posts for drying and heating of steel ladles, mixers, air heaters for blast furnaces, boilers, etc. Chinese experts are made aware  of the effectiveness of SNT, so the intensity was high from the beginning. They worked at a furious pace. Morning inspection of the equipment, after a dinner – discussion of the possibilities of adaptation of technology to local existing facilities, further – on cars, trains, airplanes for inspection of another plant.

All of their metallurgical equipment is very similar to our own. It may be noted that all the equipment is well maintained and workplaces  are clean and tidy. Unlike our plants, the Chinese were allowed to photograph, and when they heard that this will be used in the educational process for future engineers, they even offered their services. It was surprise that boilers, furnaces, etc have cameras and all that in them is reflected on the screen. Working places of steelworkers are  modest but have a neat appearance, and, furthermore, all are air conditioned. Without them it would be difficult, because China met us with heat in the 36 C.

After reviewing the design speciality of the technological process and operation of fire engeneering facilities, there have been three scientific and technically-organizational meeting on adaptation SNT to the Lidoning plants.  Technical problems like the uniformity of heating, the exact maintain the desired temperature level automatic power control of burners etc. were resolved pretty quickly.

But when they began the discussion of organizational problems, the tempo of understanding significantly decreased. The Chinese insisted on the need to design, manufacture, install and adjust heat equipment for modernization of one of the objects as an exemplary, at the Ukrainian cost.

To understand this behavior it is necessary remember their attitude to intellectual property.For example, in China the roads are filled with cars of all famous brands. Not everyone has a license to manufacture in China. According to unverified statistis, considaration for intellectual property in China is increasing, but it is desirable to have a joint patent with local representatives. However, not only patent cases become a barrier for cooperation.Installation of fire engeneering equipment requires a large amount of highly skilled work: design, erecting, and setting, which need local experts respective areas of competence, with the appropriate permissions and licenses.There are a Lot of questions, but there is a chance that with time they will be solved.Moreover, the administration of NTUU " Igor Sikorsky KPI" in the face of the head of Department of foreign trade activities of the University A. P. Chicholin and Vice-rector on scientific work V. A. Barbash makes all what is possible.

It should be noted that after this trip every visitor is under great impression os the country. On the last day in China, an event occurred which, with the point of view of safety, will be interesting for our country. Moving through the small, for this state, town (with the population identical to Zhytomyr’s), one of the members of our delegation forgot a bag of documents in a taxi. It was a disaster, which permanently made impossible our homecoming. But the police of the city immediately dispelled all anxiety, and assured that will the lost will be found, because all the streets are equipped with cameras and the situation is fully controlled. Two hours later, all lost property returned to us in safety. Being in such a bad situation and so easy and fast leaving from her, each of us remembered native Ukraine, and we agreed on the opinion that we need to adopt our Chinese comrades’ experience.

In general, our cooperation is difficult but very interesting and informative directly from the point of view of engineering experience, and there are expectations that in the future the relations between the Ukrainian and Chinese sides will be strong and mutually beneficial.