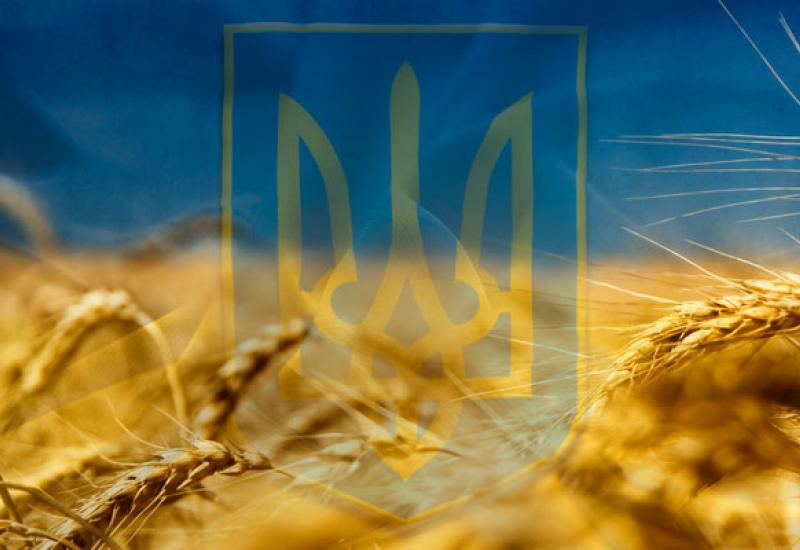 In the days of the aspirations of Ukrainians for freedom and independence Panteleimon Kulish said, "It would be another pair of shoes if we labour at the revival of public-national consciousness of Ukraine by one mouth and one heart ". Today the independent state, recognized by the world , stands against enemy’s invasion restless former colonizer and again requires cohesion and unity to

victorious battle. Among the factors contributing to national unity, of course, the most important is language.

Pavlo Movchan -our contemporary - has such phrase: "the Boundaries of language can never coincide with the geography." For those the native language is important, these boundaries are distant, and for those who thinks “what's the difference”, it gradually narrowing. In the twentieth century linguistic geography of Ukraine was reduced as shagreen skin, and now we need not one strong Kozhemyako to give back the original grandparent.

Only the Ukrainian world can save us from the “Russian world” - our conscious and recreated world in the Ukrainian word. The word is indicial of the quantity of our national forces, it's lasting shield for protection from hostile pressure. The number of Ukrainian words today determines the quality of the national-cultural processes in the society, characterizes their capabilities.

In 2001 and 2011 (after ten and twenty years after declaration of independence) the Department of Ukrainian language, literature and culture NTUU "KPI” held student’s opinion poll about the state of functioning of the Ukrainian language at our University (the newspaper "Kyiv Polytechnic" put wise of the results). In Ukrainian history has been events that have impacted on the public consciousness, over the past two and a half years led to another perception of the usual phenomena. To check how students attitudes are changed in 2015, the department for the third time held poll with the traditional ten questions and in 2001 was added 1 more question like "Your proposals for improving the language situation in NTUU" KPI ".

The survey was attended by students of 1-3 courses from different faculties. The results are shown in the table.

As you can see, the derussification during 2001-2011 passed slowly, but in recent years this process has accelerated visible. The fact of the growth of national consciousness is demonstrated by the results of the response to question 9, more than half of respondents (56%) consider the determinant of the Ukrainian nation - fluency in Ukrainian language. The popularity of the state language among students is defined by increase the number of those who always speaks in Ukrainian language (in 2001. - 25%, in 2011. - 40% and in 2015 - 50%).

The situation about language demand and suggestion can be seen in the answers of 2 and 3 questions. As you can see, the majority of the students (53%) is better and 47% easy perceive the material of the lectures in the Ukrainian language. It is surprising that, despite the requirement of the Act of Ukraine №48 "On higher education" ( "Language teaching in higher educational institutions must be in the state language"), students have to listen a lot of lectures in Russian.

in the Ukrainian language, to increase the number of Ukrainian-language textbooks, all scientific and cultural events on campus to carry out in the Ukrainian language. Actually, nothing fantastic, just a legitimate patriotic pragmatism. We need only wish, will, perseverance, belief in yourself and the desire will allow us to make our intentions a reality.