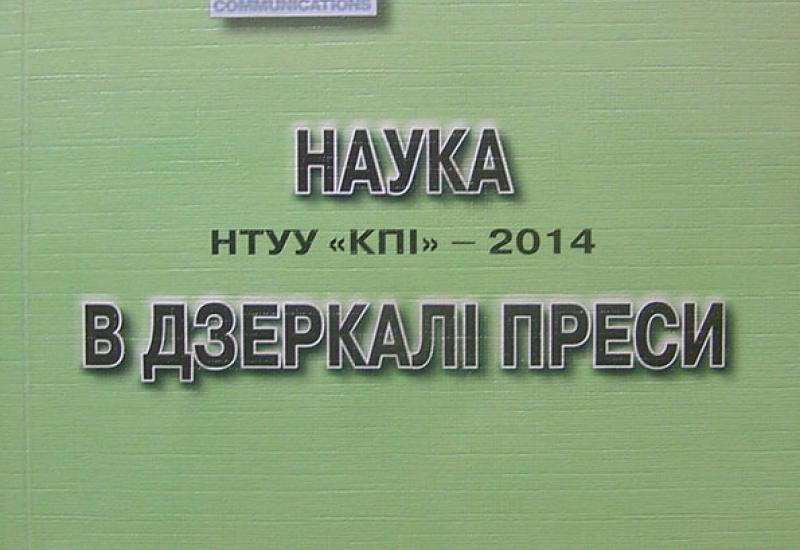 On the cover of the book "Science of NTUU "KPI" 2014 in the mirror of mass media", which was published at the University press, is a schematic representation of the new nanoelectronic monomolecular carbohydrate diode that implements sustainable p-n junction, and the first Ukrainian student nanosatellite "PolyІTAN -1".

These figures on the cover is no accident. The authors development – Kyiv Polytechnic University: the first head of the Department of organic chemistry and technology of organic substances chemical technology faculty, NTUU "KPI" Professor Arthur Fokin, the second group of scientists, engineers, graduate students and students of several faculties of the CRPD under the guidance of associate Professor of the Department " engineering Boris Rassamakin. Both at the highest international level. Results A. Fokin, published in the respected scientific journal "Nature Communication" 2014.5.4877; creation of small satellites – satellites format "CubeSat", which includes nanosatellite NTUU "KPI", entered the list of the 10 greatest scientific achievements of mankind in 2014, according to the magazine "Science".

This is just two of the developments referred to in the book. However, they are the most visible evidence of the high level of research conducted in the CRPD. In fact, a testimony is and media attention to the work of our scientists, because all the materials of this publication saw the light of day in several Ukrainian newspaper "Mirror of the week", "Day", "Education of Ukraine", "World" and, of course, in "Kyiv Polytechnic".

In the collection of seven sections. In the first, "Science and education at the turn of social development", submitted to publication on the overall development of science and higher education in Ukraine. The names of the others – "Science war time", "Recognized scientific achievements of the University", "Nanosatellite KPI – orbit", "First Ukrainian innovation ecosystem", "youth creativity" and "Scientific and engineering elite of Ukraine" is quite eloquent and review not require. Among their authors – rector of NTUU "KPI" academician of NAS of Ukraine Michael Zgurovsky, rector on scientific work of academician of NAS of Ukraine Michael Ilchenko, head of the Department of General and theoretical physics faculty of mathematics, academician of NAS of Ukraine Vadim Loktev, Dean of chemical engineering faculty Professor Igor Astrelin, and  other teachers and University scientists, as well as professional journalists.

Therefore, the book provides a retrospective of scientific research and achievements of staff and students  of KPI for the last time. Moreover, it contains not only the research results but also talked about obstacles – institutional, financial, scientific, is that they sometimes have to overcome conscientious scientists and engineers on the path to recognition. Today, it is a past that is fading into history. Tomorrow all this will form the basis of new projects and possibly achievements. Especially interesting is the information that it has carefully collected the drafters, as interesting material for today's and tomorrow's colleagues of the authors and heroes of the collection, and an extremely valuable source for future historians of the CRPD and the entire Ukrainian science. Therefore, it is hoped that the book "Science of NTUU "KPI" 2014 in the mirror of mass media" is the beginning of a new series of annual publications. A good start.