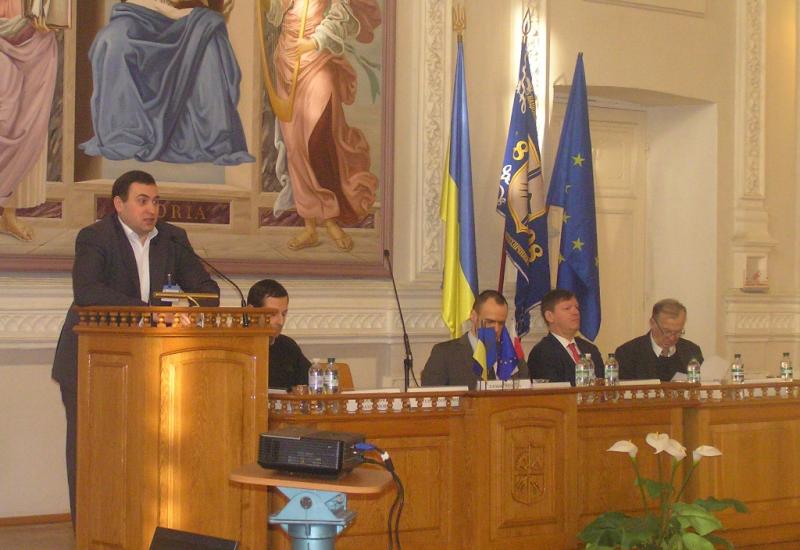 As organizers mentioned, by formulating the concept of this forum, the first sociological conference on the topic ‘State and global social changes’ was held in 2010 for the first time. Over the past 5 years fundamental and radical social changed took place on all levels of world system, so it’s logical to refer to state problems and social changes again by comparing Ukrainian state (as well as relevant societies) in 2010 and 2015.

Over 300 students, scientists and KPI colleagues, 87 specialists for Ukrainian institutes of higher education and foreign guests from Poland, the USA, Hungary, Bangladesh, and Kenya participate in the conference. 70 reports were presented for discussion.

Participants listened to 10 reports at the plenary session, including: ‘Historical time: classic theories in modern Ukrainian context’ (author – Ievgen Holovaha, science associate director of the Institute of Sociology on NAS of Ukraine); ‘After Maidan: how the balance of ruling and rebellion regenerates’ (Olena Zlobina, principal manager of Social Psychology of the Institute of Sociology of NAS of Ukraine, doctor in sociology); ‘Powers and laws in the age of globalization’ (Uniwersytet im. Adama Mickiewicza w Poznaniu, professor of philosophy Tadeusz Buksinski; ‘System of State Governance in Ukraine: extension of crisis or birth of effective bureaucracy?’ (Anatolii Melnychenko, academic secretary of NTUU ‘KPI’, dean of Sociology and Law Faculty of NTUU ‘KPI’, PhD and senior lecturer); ‘Ukrainian society condition from the social structure perspective’ (Sergii Makeev, principal manager of Social structure research department of the Institute of Sociology of NAS of Ukraine, Doctor of Social Sciences, Professor).