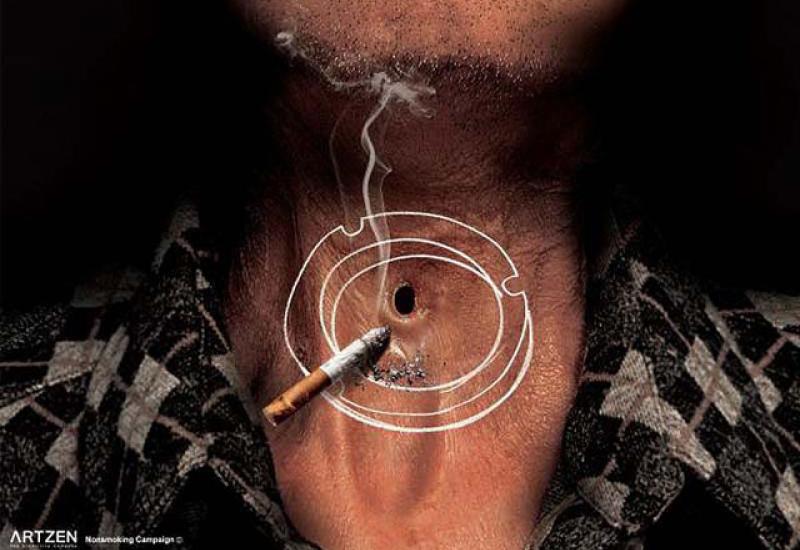 Everyone knows about the harm caused by smoking. The fact that smoking kills is shown on warning labels on every pack of cigarettes. Almost everyone has heard at school age about the danger of nicotine that tobacco smoke - a strong carcinogen that among patients with lung cancer 90% - smokers.
But in Ukraine smokes almost one in three ...

There is a feature of the human psyche - to believe that the terrible consequences of the bad habits can befall anyone, but not of the smoker. What is someone completely alien and unfamiliar will suffer from terrible illnesses, which cause - smoking. That is not his own, but someone's child will suffer from asthma attacks caused by smoking mothers. With the threat of miscarriage for someone's else and not his own pregnant wife. What a humiliating dependence on certain abominations which increases with each cigarette smoked, can be easily overcome.

But think about that - a mistake. The trouble is blind and has not choosing victims. Smoking chance to get a deadly disease is much higher than for other people. A "gentleman's set" diseases, which, though not killed immediately and significantly impair quality of life, sooner or later get all lovers of tobacco.

However, an adult may choose very own way of life : he wants to play the sinister " Russian Roulette " - his choice . However, this choice does not limit the right of others to fresh air. The right does not depend on the bad habits of others. The right to health!

The rights of non-smokers , in most civilized countries the law protects . No exception to our state . Ukraine joined the " Framework Convention for the World Health Organization tobacco control " for several years in force is Law of Ukraine "On Measures to prevent and reduce tobacco use and its harmful effects on human health ," we allowed any advertising and other ways to stimulate buying tobacco - tobacco companies sponsoring festivals, concerts , sporting events and more. Coupled with the widespread information about the dangers of tobacco is a slow but nevertheless changes the overall attitude toward smoking among our countrymen. Now, indeed, smokers do not smoke (almost) on trains without poison (almost ) life around in cafes and restaurants , non-smoking (mostly ) in the subways .

In view of the foregoing cannot surprise that tobacco stench still be felt in the academic buildings and dormitories of the University. This, incidentally, is a violation of paragraph 3 of Part 2 of Article 13 of the aforementioned Act, which explicitly says that smoking is prohibited "in the rooms and on campus."
Put an end to this will just decree of the Rector of NTU "KPI" Mikola Zgurovsky № 1-227 «On measures to prevent and reduce tobacco use and its harmful effects on the health of workers and persons enrolled in NTU" KPI ", which outlined a set of measures to combat the tobacco epidemic in the university.
Finally, it is worth quoting post on one of the online forums dedicated to the fight against smoking: "Could a reasonable person who voluntarily daily inhaled toxic gases, earns his illness, and even pays for it's money! If you consider yourself a civilized, intelligent, educated man, you can not be a smoker! Quit smoking! "
Join this call ...

With rector "KPI" № 1-227 from 03.09.2013 "On measures due to prevention and reducing of tobacco use and its harmful effects on the health of workers and those who attend" KPI ":
1. Prohibit tobacco and electronic cigarettes and hookahs on the premises and in the "KPI".
...
3. First Pro YAKYMENKO Y. and vice-rector on scientific and pedagogical work of Bar-lamovu GB apply to employees and persons enrolled who use tobacco products on the premises and in the "KPI" disciplinary action for violation of this order.