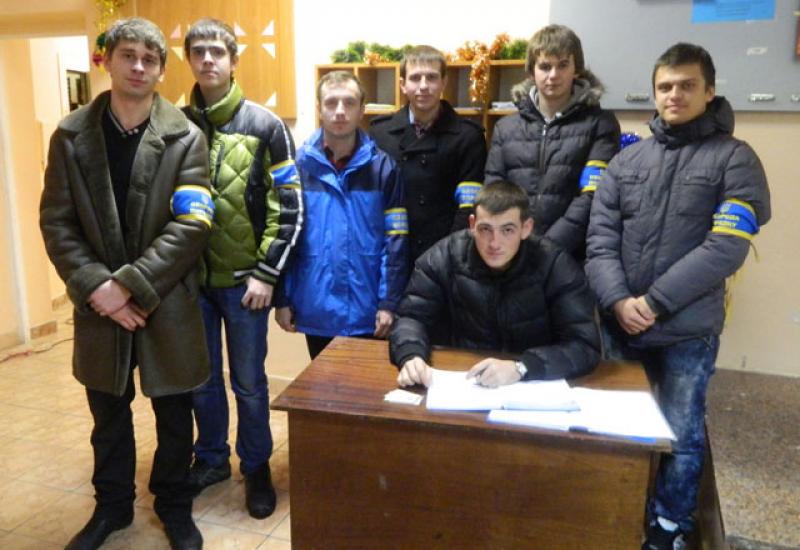 Based on the orders of the Kiev mayor, district administration and the rector of "KPI" in September 1992 voluntary people's squads are organized at the campus. Later in the territory of "KPI" according to the Law of Ukraine №1835-III of 22.06.2000. "On the participation of citizens in the public order and state border" voluntary people's squads were renamed intothe social formation of public order.

The situation for today

Today social formation has about 500 students from the university. The completing of the social formation is at the beginning of each school year. After the completing of its members, they are trained to protect public in order to the program for Research Affairs of Ukraine in Kiev and the Kiev City Public Staff of the formation of public order and state border from 14.03.2005 year. Studying is led by Chief of Staff, his deputies, and professors of sociology and law officers of the university and police department. After completing training period and passing the examinations of the theoretical and practical training, they receive a certificate which verifies that the person is a member of a public organization.

During the rotation members of formation are working to prevent, detect and disclosure violations and crimes on the territory and in the premises of "KPI" preserve assets and personal property of students, faculty and staff. Carrying duty in the territory of "KPI" is conducted jointly with police of 1st TVM Solomyansky MVD of Ukraine in Kiev and the Department of Health of university and in three shifts schedules of faculties (institutes):

The lecture instruction is performed every day for formation.

We would like to express gratitude for the support of community formation for the protection of public order to Rector of the University and administration.

Vadim Kondratyuk, chief of staff of a public formation of NTUU "KPI"