Results of university admission in 2019 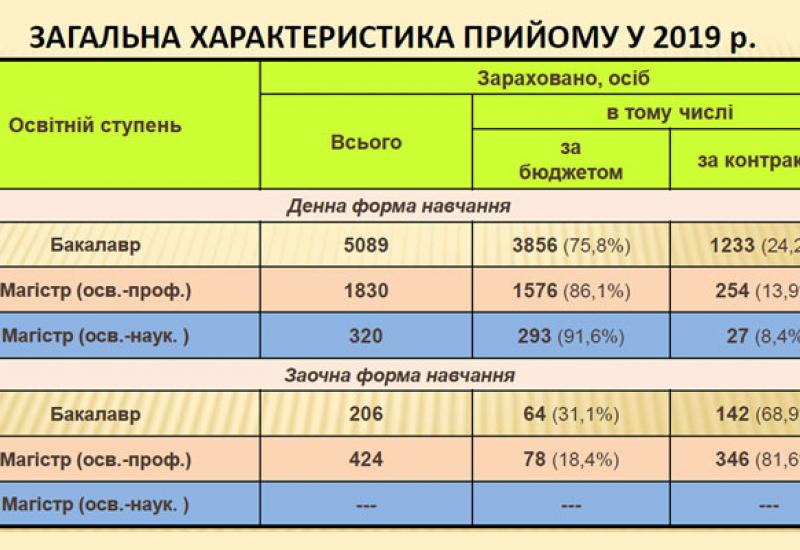 Every year at the beginning of September, the results of the university enrolment of students are analyzed, since the dynamics of change is very important. Over the last three years, we have the highest volume of government procurement - 4169 people (against 3909 and 4108 in 2017-2018). This is our achievement because many universities in the country have significantly reduced government procurement. The number of specialities remained unchanged - 42, the average competition for applications (government orders) - 8.87. There are 5089 people enrolled at the Bachelor level, 3856 of them are of state-financed education (75.8%). As always, the competition situation at the faculties/institutes is different, but recruitment for the competition has taken place in all academic units. The absolute leaders are the humanities departments. Among the most popular are the technical FICT, IASA, FPM. 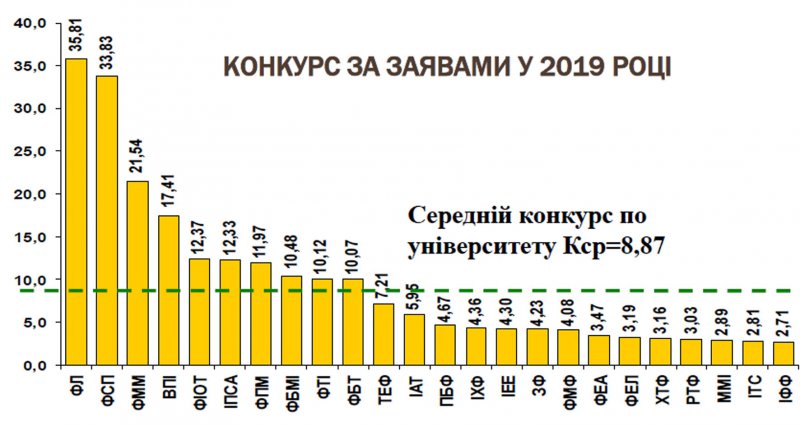 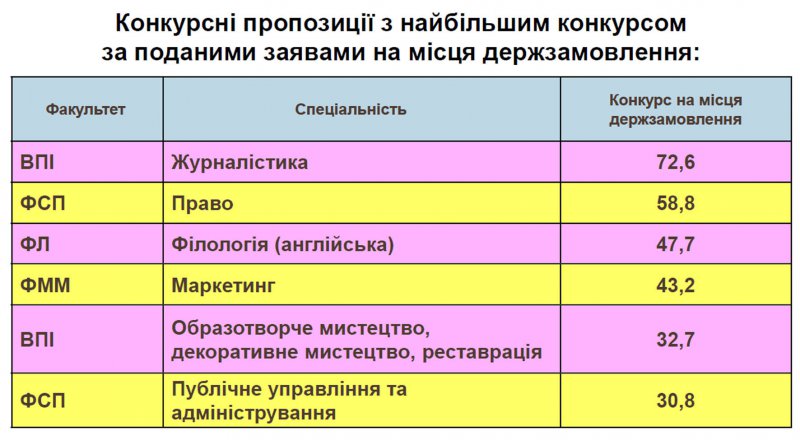 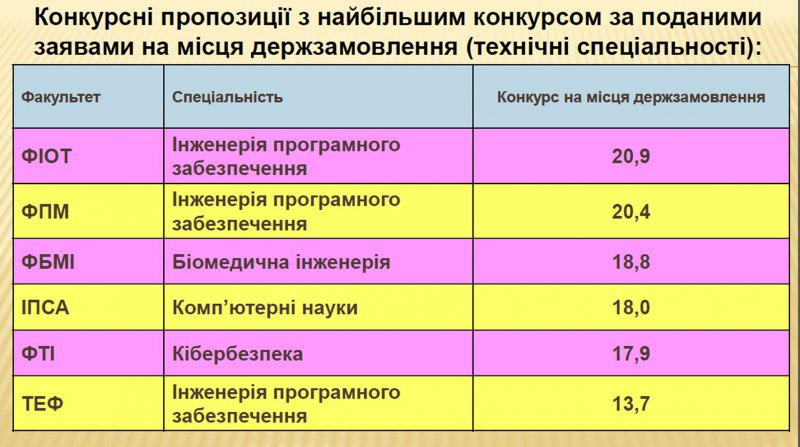 The largest competition for applications for places of government procurement was at the humanities departments: VPI ("Journalism") - 72.6; FSP ("Law") - 58.8; FL ("English Philology") - 47.7. Among the technical specialities ahead is FICT, FPM, FBE. Our university holds a high passing mark in the fields of specialities: from 189 on "Arts" and 188.9 on "German Languages and Literature" to 184.7 on "Software Engineering" and 183.8 to "Cybersecurity". The lowest figures are 125–128, which is also significant.

The number of contract students enrolled in the first year is led by FICT this year - 283 persons; FMM - 224. 131 foreigners (28 at FPM, 27 at IAT, 26 at FIT) supplemented the first year this time. The numbers are not very high, but the dynamics are positive.

We have a significant number of students enrolled in the magistracy at the expense of the state budget. TEF (196 people) and FICT (193 people) are the leading faculties. All applications of the faculties for the preparation of masters were fulfilled at the university, although in Ukraine the number of budget places for five-year students has significantly decreased. Therefore, next year it is planned to prepare masters for the intended purpose. Enrollment in the magistracy and under the contract training system took place. The largest number of contract students will study at TEF - 70 people, FICT - 66 people, FMM - 61 people, FSP - 56 people, FL - 49 people. Only 31 foreigners will study in the fifth year of our university, a third of them will study at IEE. 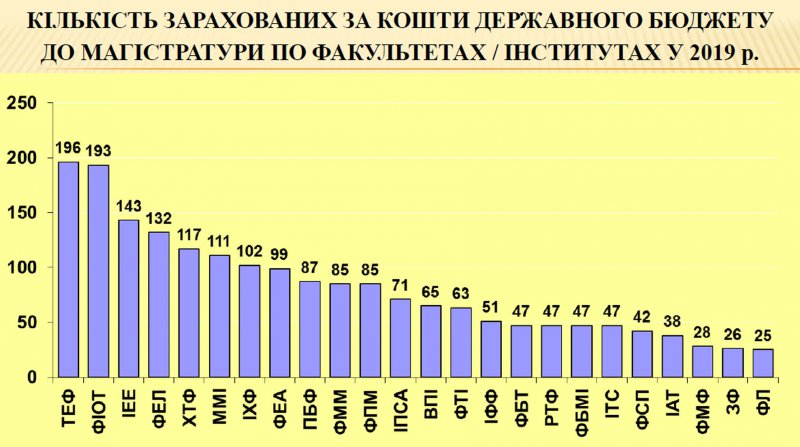 The general characteristics of university admission for 2019 are shown in the table. The mission of each department and university is to prepare specialists on all three levels - bachelor, master, doctor of philosophy (PhD). A total of 248 people applied for postgraduate study. Introductory tests are being continued.

The results of the admission campaign should be the subject of detailed attention and analysis in all educational units to ensure a contingent of students, optimization of educational programs and structure of the units. Proposals of government procurement for the next year will be formed taking into account the recruitment of recent years and the analysis of the demand of specialists in the labour market.

According to the report of the First Vice-Rector Y. I. Yakimenko at the meeting of the Academic Council of the University 09.09.2019