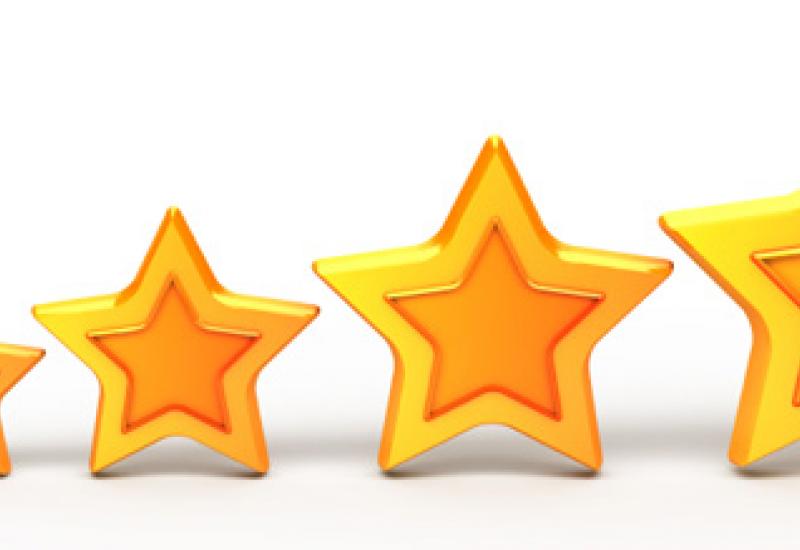 In October 2012 the regular rating of 400 universities in the world was published. This rating was made by the British magazine "Times Higher Education" and in which, unfortunately, Ukrainian universities are absent. Despite the different attitudes to this rating (for example, in the other – our national rating - our university is on the first place), we must still understand what parameters determine the prestigious international rankings. So, it is based on 13 indicators that are located according their contributions:

And although, of course, the ratings are not identical to those accepted in the KPI, I think it would be interesting to compare them with indicators that enable high standing in international assessments. In the above mentioned rating as well as in ours the lion's share is for the performance of scientific activity, and as a result it  helps to take the rightful place. However, in my opinion, we negate the quality of publications. For example, in the accepted system in the world  the journal impact factor plays an important role. The final score is multiplied by this number, and if the sum of scores for the original publication of the "worth" of, say, 50, the article published in journals with impact factor Ni- f, the author will get 50Ni-f of points rather than 50, so that it contributes to the publications. In this case, if the magazine does not have the impact factor, the latter is taken as equal to 0.01. And when you consider that there are Ni-f = 10 - 30, it is clear what the ratings may have a relevant university employees, as well as universities, where employees have the article.

Other indicators are obvious, but on the scientific, I think we must say once again, as they are crucial. Here the scientific activity of each associate professor or professor is the most important. And in this respect we differ basically from western universities, as I wrote before in "KP". Let me remind you that, for example, in American universities, which, incidentally, in various ratings occupy most of the top places; there are no permanent researchers, except assistants, assistant professors and professors who usually all called professors (though there are secretaries, cleaners, technicians, but it's not about them, and of those on whom the rating). At the same time professors are divided into two categories - ordinary professors and professors-researchers. However, the latter do not have permanent positions - only temporary (usually 2-year), and their salary is completely determined by the availability of grants. It is relatively simple to obtain the position of professor-researcher, because it does not need to overcome the sieve of selection (competition).

Faculty members are divided on (as we do) three degrees - Associate Professor (this corresponds to our office assistant), which takes about 6-9 years of non-permanent stay in this status. Then the Commission examines his work and recommends a particular faculty to break an existing contract, or to promote the candidate to the next position such as our docent, which is already ongoing and no more than 20-25% of applicants can reach it. After 3-5 years, assistant professor can claim the title of professor, with higher salary , but, interestingly, not higher burden!

Why do I say this? Because the professor  has no duty to research- only to teach. Do not be surprised, this is true. Who, then, do the real science, which in strong American universities is booming? The same professors, but not all, but only those who have grants, postdoc (ie young scientists, "sit" on the grant money and lose their jobs upon its completion. These works are occupied by our PhD), post-graduate students and the like. In this case, their workload decreases dramatically - no more than 1-2 pairs per week, while faculty members have 8-10 such pairs. In addition, faculty attracts teachers to other routine work - the examinations, consultations, meetings of the commissions and committees, work with students, deanery. The deanery  is not very popular in America, and few people want to take this position (by the way, not by tradition a two-, three-, four- or five-year term, depending on the particular university). Taken together this contributes to the fact that professors try to teach less and do more research, because it is, among other things, and travels to conferences and international fame, and, in the end, scientific success (or its probability). We do not have such a division. From the same professors and assistant professors, who have a heavy load, is  required  the teaching and the research. In my opinion, it is unfair, because not every teacher can be strong in both strands. Even the most skilled and experienced need to spent a lot of time to prepare for classes.

Therefore, comparing the scientific component of both ratings, which is important for the overall high place, it seems to me that there is a need for some refinement and differentiation. The first relates to the fair and the proposed higher quality accounting or other publications, the second - perhaps a different approach to general education teachers and graduate departments, as well as the desired separation of teachers in different categories. I understand that this question is not simple, but as head of the department, I see that some teachers are busy with everyday teaching and methodical work, from start to finish. They do it in good faith, but almost unable to gain a decent amount of points, which is considered the figure in 1000. Others at the same time use pseudoscientific activities to have a bunch of papers in secondary publications, and according to the accepted system become the “champions” of such rating.

Of course, we and Western teachers are working in different conditions and, consequently, any comparison is not adequate. The big problem for all the natural faculties became post-Soviet masses in higher education, because now we have to teach - and teach - all (and not, as before, 15%) of graduates with different abilities, often incomprehensible motivation and form views on its future. Most of the teachers of mathematics and physics in the first courses taught not new, as it was 15-20 years ago, but repeat the school material. This is a new situation that does not take into account by any program or educational technology, and teachers are not ready for it in the full. I would say more, we lived in an enlightened country where education, science and general knowledge are respected. This is not so now, the prestige of these professions has plummeted, voids filled with occult knowledge and religious mythology, and restore interest in the enlightened brain is possible only through education and training of the new elite. Always remember and as often as possible to remind you that "The Sleep of Reason Produces Monsters."

Another problem - continuous aging of the workforce. To break the trend and attract talented youth to teach, you need to significantly raise the salary; should be more internships, exchange experiences, interesting trips. This, I am sure, is known, so I will not develop these ideas. In the West, everything is determined by precisely this, and the youth went to the best universities of all countries, creating a competitive environment for the selection of the fittest. Nevertheless, the general opinion, we are preparing a fairly good engineers that are valued, but there is a big danger of losing positions.

If generalized, it can be said that there is no development strategy; no priority. Something is done, but not systematically, almost by accident. I'm no expert and I have no ready-made recipes, although I know that there are two classical model of education - Anglo-Saxon and German-Russian. We are closer to the second, although the impression that at least for now, at the beginning of the XXI century, the first wins. On the other hand, we can not cancel the Bologna process, but also the Anglo-Saxon system is unlikely to proceed. You may need to look for some symbiosis requires discussion, and I invite all not indifferent professional community. The explanations that our universities are not suitable to global ranking, are unlikely to help them become more competitive. Under any system the knowledge and skills of graduates is the only thing that is worth actually fight, even if the rating of the university would not at the highest level ...