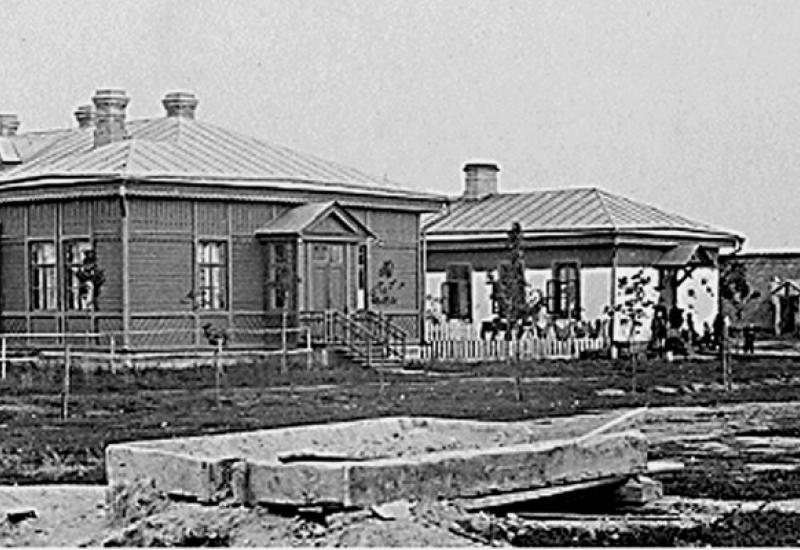 The University Library has a unique «Collection of photographic images of the Kiev Polytechnic Institute of the Emperor Alexander II, taken for the album, presented to the former Director V.L. Kirpichev in 1902» in their funds. The album contains magnificent photographs of the first period of the existence of an educational institution (they are, incidentally, also presented on the sites of the University and the State Polytechnic Museum). Pictures of the buildings of the " Zatishya " estate attract attention among a large number of photos, but there is little information about this institute unit.

The question arises: what were the prerequisites for the emergence of this institute economy and what significance it played in the educational process?

From archival sources it became known that the estate «Zatishya» along with the rest of its movable and immovable property ordered the Kiev Polytechnic Institute "for the purpose of granting scholarships to students of the Institute, natives of the Chernihiv province, mainly Kozeletsky district" nobleman Yevgen Petrovych Nosenko-Beletsky. Another condition was the appointment of the director of the Igor Sikorsky Kyiv Polytechnic Institute, the secret advisor of Viktor Lvovych Kyrpychov, a confessor. In his turn, " the EMPEROR HIMSELF... on April 23 of this year [1900 - Aut.], WITH IMPERIAL POWER deigning to accept the Kiev Polytechnic Institute of the Emperor Olexander II, left behind by the nobleman Nosenko-Beletsky property up to one hundred thousand rubles, for the foundation of the named scholarship institute. "[State Archives of Kyiv, f. 18, op. 1, sp. 156]. According to the revised documentary data, real estate, which was transferred to the Igor Sikorsky Kyiv Polytechnic Institute, consisted of three plots of land on the territory of the cottage in the town of Kobizhch Kozeletsky county with a total area of 3323/4 acres with buildings, which according to the insurance estimate cost about 90000 rubles; as well as from 13 000 rubles of capital. [A testament in favor of Kiev Polytechnic Institute // Kyivan. - 1900. - 30 Apr. (No. 119). - p. 3]. 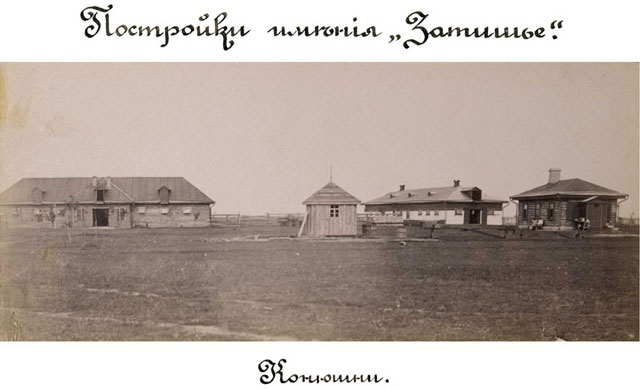 At that time the institute was looking for additional land plots for the establishment of a pilot farm and the organization of practical classes for students of the agricultural department. In 1900 the proposal of the Vinnytsya City Council for the sale of the Institute came to 600 dessiatins of urban land near the city of Vinnitsya for 120 000 rubles for the arrangement of the estate. At the same time, some Vinnytsya landowners broke the same issue independently in the Ministry of Finance.

February 17, 1901, at a meeting of the Council of the Igor Sikorsky Kyiv Polytechnic Institute, a decision was made: «... comparing the two issues of the decision-the organization of an educational practical farm near Vinnitsya and its organization at the «Zatishya» farm, the Council stopped at the last, taking into account the proximity to Kiev, the lower cost of the organization because the cost of 120,000 rubles for the purchase of land is immediately reduced».It took into account the current situation in the country: the State Treasury did not have the necessary funds, and «due to complications in the Far East, the institute, like other institutions, received instructions from the superiors on the possible reduction of costs.»

April 7, 1901 at the meeting of the Igor Sikorsky Kyiv Polytechnic Institute Council the calculation of the cost of the estate «Zatishya» according to the project of Professor P. R. Slyozkin was approved, "the same period was recognized and the period of practical classes of students in 4 months." And on April 28, 1901, at a meeting of the agricultural department, the temporary administration of the estate was entrusted to Professor P. R. Slyozkin.

On June 2, 1901, the institute received a newsletter about "the supreme permission to receive the amount that was deposited on the estate, as well as the receipt of 3000 rubles annually at the Beletsky-Nosenko scholarship."

In 1902, according to the projects of the architect of the institute Vsevolod Adolfovych Obremsky, wooden buildings of the estate on the stone foundations were erected. 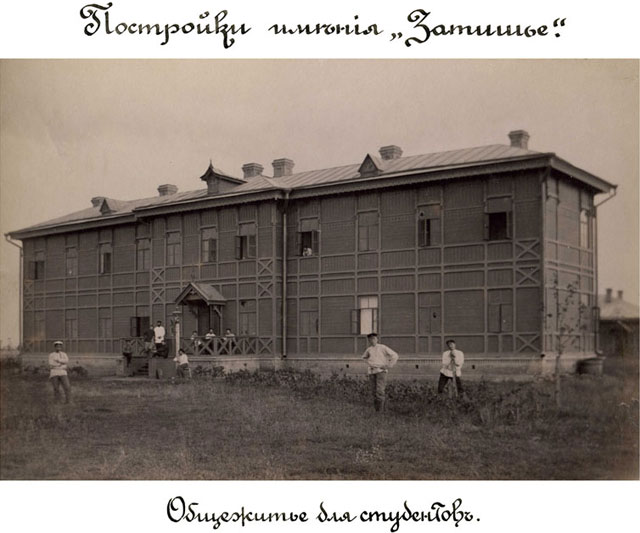 On June 4, 1902, Prof. P.R. Slyozkin reported "the need to arrange a deeper well, because the simple dug one does not provide enough water to cover the needs, and especially in the event of a fire hazard." Negotiations were held with the mining engineer Yosyp Romualdovich Kobetsky, who offered for free his drilling tools and equipment supervision. Shortly thereafter, a "artesian well" was constructed at the " Zatishya " estate with a depth of 30 sajenes.

The state farm " Zatishya " became a part of the Igor Sikorsky Kyiv Polytechnic Institute agriculture department. Gradually, at the Kiev fairs, purchases of working horses and dairy herds were carried out for it. There also developed pig breeding. Some animals came from the Kyiv experimental field and the cattle court located on the territory of the Institute's estate in Kyiv.

The estate was used for the practice and practical classes of students of the agricultural department,a part of the land was leased out.

By the decree of the agricultural department of the Igor Sikorsky Kyiv Polytechnic Institute from February 28, 1906, the state estate " Zatishya " was recognized as "commercial enterprise of a commercial type, with the purpose of determining the possibility of its independent existence without third-party surcharges." The main item of income of the farm was the sale of wild products, fattened calves and breeding pigs. Profitability from cultivation varied depending on yields and prices.

According to the results of four years of observation, it was concluded that the economy can not support the life of a large mansion all year round, because, among other things, it requires expensive heating and many small expenses. Professor P.R. Slyozkin, head of the estate, said in his report that "all this will become possible when the yields increase by at least 50% compared with the present, which is completely possible." The very estate "has all the necessary elements in order to be a profitable commercial enterprise. The right combination of expenses with the needs, refraining from attempts to raise incomes by emergency measures and careful accounting of all economic life - are the conditions under which its profitability will manifest itself, will increase and become strong ".

The institute used this suburban economy for a short time. In 1917, the estate " Zatishya " was transferred to the peasants, and on September 1, 1922, a separate "Agricultural Institute" (now the National University of Bioresources and Natural Resources) was established from the Agronomy Faculty (a former agricultural department of the Igor Sikorsky Kyiv Polytechnic Institute).

In 1924, on the site of institute exemplary economy with the farm was established a village Zatyshya. Now its territory is 37.7 hectares, and the population - ... is only 61 people.

Igor Andreev, Associate Professor of the Department of MAHNV IHF