Ukraine Science needs to be protected by law 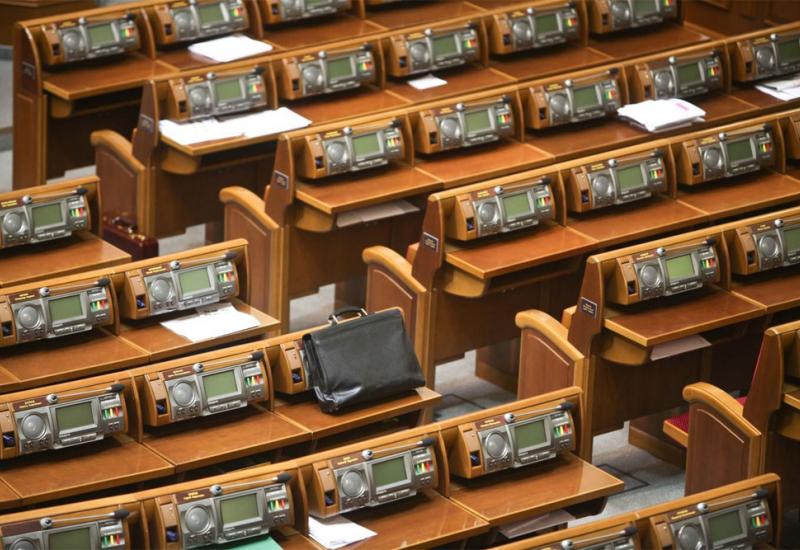 Nov. 10, 2015 deputies of Ukraine adopted at the first reading the 2244  law by 290 votes  "Scientific and Scientific-Technical Activities". It is the first step in oder to govern the most popular problems of domestic scientific sphere. A basis for further work on the document based on the comments and suggestions of scientists. It is hoped that after the scientific community appearance , it will, eventually, receive rules that allow them to operate in a proper way. These rules was described by vice-president of academic study, academician of NAS Ukraine, M.Yu.Ilchenko at the hearing of the Committee on Science and Education of the Verkhovna Rada ­on discussion of four draft laws "Science and research of academic study" 09/16/2015. The text is shown below.

Council vice-presidents of Science study represents 151 institutions of higher education and 15 scientific institutions MES of Ukraine. The Council worked out a number of proposals that were included in the law ­which was submitted by the Cabinet of Ministers of Ukraine. The features of the organization of science in the universities were shown in it and this organization performs the following functions:

- Preparation of the scientific staff as part of the third cycle of higher education to obtain educational and scientific level­ of "Doctor of Philosophy";

- Development of new technologies and devices as the basis of innovation development of economy and strengthening security.

In my speech I want to focus on three accents:

ACCENT № 1. The new and important in the development of science in the universities is a disposition of government bill, which is concerned to:

5. As a government bill and bills with A-1 and A-3 indexes provide support to the councils of young scientists, which are formed to protect the rights and interests of young scientists (Article 24). And now it is a very popular problem, because Ukraine is rapidly losing its intellectual potential through active travel abroad of young scientists and scholars among of average age.

ACCENT № 2. It is actually nowadays, the issue of execution of continuing legislation in the field of science. I agree with you, dear Lilia Mikhailovna, that laws must be obeyed. But I have to add that the execution should be carried out professionally and responsibly, including the tasks arising from legitimizing the law "On Higher Education". As a negative example, I have to admit that as a result of inappropriate actions in Education of Ukraine was submitted a new list of disciplines and specialties of training, and that is, by the way, the list of scientific specialties, their reduction occurred in engineering by 14%.  The specialty such as: engineering, instrument engineering, manufacturing of material, system engineering was delated from a list. The first three of them provide 65% of the development of our industry. A direction "ICT" adopted in the EU, and in particular its component "Telecommunications", could not find a particular usage in this list. There was a great opportunity to correct the list. 1 July at a meeting of the Committee under your leadership, dear Lee lillers Mikhailovna, in the presence of Minister of Education and Science S.M. Kvita, the Recommendations of the Committee on Science and Education of the Parliament of Ukraine as to remedy the situation have been accepted. Unfortunately, a month ago, after this meeting by a letter of first deputy of minister of ­ Education and Science, it was known that this issue was absolutely removed from consideration.

ACCENT № 3. Chains Science of Ukraine. During the last year the state of scientific sphere in Ukraine after the Revolution of dignity has deteriorated significantly. And the reason was because of wartime events in the East, and, consequently, it increased demand for science. Using the mechanism of allegory. It associates for me this state as a well-known architectural composition of the outstanding poet and bard 70s of last century, Vladimir S. Vysotsky on Vahankivskomu Cemetery in Moscow. The combination of highly unique talent with a bright citizenship, extraordinary popularity had not been apprehended positively by an existing totalitarian system which it constantly oppressed and restricted everything that symbolically and figuratively were reflected in the monument. As chains entwine figure and his guitar, and he still works and sings, and our science today entwined several complications and obstacles, which only last year progressed. Including:

- Research projects on public procurement and SFFR that within the professional competitions have passed the selection of performers, again directed to the requirements of the incredibly complicated procedures and requirements for the amount of materials and certificates (up to 27!) That need to state institutions ­ of treasury, police, justice, fiscal services rayderzhadministrating etc.

- The other chain of modern science - business trips. Installed recently that scholarly pedagogical staff (teachers) are banned to keep their salaries in the educational process for their time on mission as part-on science;

- One more, the chain of customs fees for equipment transferred free of charge to scientific and educational needs of foreign institutions or companies;

- Another chain - is excluded in carrying out research and ROC;

- Every year the Ministry of Finance delayed the provision of budget programs of science: at least quarterly by the code 2201040, now has completed the third quarter, and more No passport on code 1380 - implementation of commitments in the area of international cooperation; annual funding of public contracts for science usually comes only in the IV quarter;

- It seems that the chain disappears derzhkaznacheyskoho service due to the expected transition to banking transactions under the law on the state budget in 2015 should be implemented since January 2015 .;

- Adds no motivation to do science qualitatively by the fact that so far not signed the decree of President of Ukraine awarding annual state prizes of Ukraine in the field of science and technology;

- But another chain, it is black braid, which is due to regulate the pension status of incompetent scientists decimated hundreds of professors from participating in the educational process;

- the young scientists have to come to replace, who, " dream to become generals. "But very often I hear the question from them:" Why is the state's attitude to science and its elite in our country increasingly falls to the humiliating level? "Even the state pays for the title of academics (and it most recognized outstanding scientists of Ukraine) government bill proposes to stop. It is not concerned to money. However, the paid for academic title recently increased three times due to the need to strengthen through science national security in the Russian Federation. Eliminate academic payments will not solve the problem of the budget deficit, not add to the motivation of young people to go to the national science and will be as immoral action state to its scientific elite, which again humiliate the prestige of Ukraine in the civilized world. In particular, nowadays in China, the Chinese appreciate our scientists, organizationally and financially supports their participation in scientific maintenance of China on its way to world leadership. For example, just yesterday a large group of scientists Kyiv Polytechnic (22 people) returned from that country who were sent by Chinese funds to participate in at preparation on a large-scale research project which has been commissioned by China, which is implemented by using scientific ­ potential of the university and National Academy of Sciences of Ukraine.

I believe that the National Academy of Ukraine should receive orders from the government on research and development that are in demand in the country. And the success and quality execution of these orders should be the basis for the relevant academic benefits.

Fees and other circumstances together form a negative portrait of the state of science in Ukraine for today.

Ukraine lost the development of its army - now catching up.

Losing national science - will have to catch up it for decades.

Today all this - a matter of national security of Ukraine.

1. The basis for further action advisable to put a government bill to its editing, which should take the results of today’s discussions and constructive suggestions bills, including science funding scheme with a bill that I.G. Kirilenko gave, and proposals on wages and social protection proposed in the draft 2242-A3.

2. To recommend the government to radically change attitude for the better to the national science and scientists through unconditional enforcement of current legislation on science and innovation development.