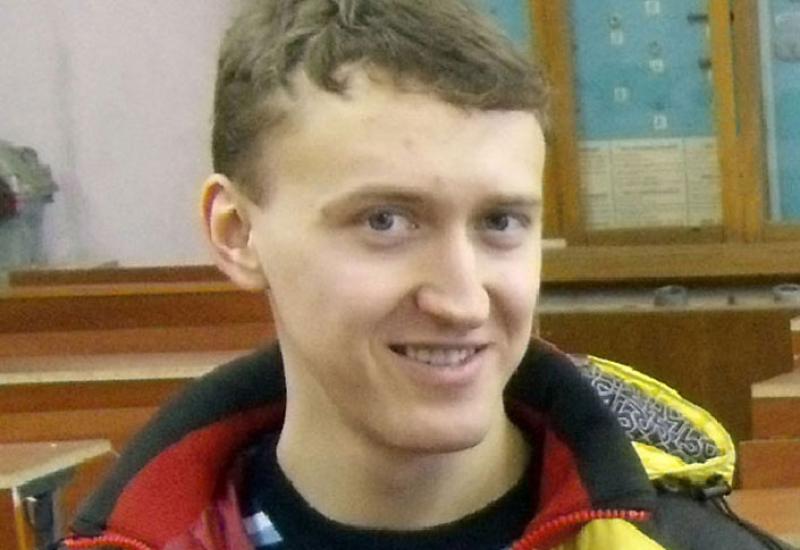 Probably nothing like this has ever happened in the history of NTUU “KPI”. The highest student reward – the Scholarship of the President of Ukraine – was awarded three times to the graduate of Faculty of Chemical Engineering Victor Vytvytskyi, who is second-year master student of Department of Chemical, Polymer and Silicate Engineering at present.

Young man had good fortune in KPI. During the first years of education at university talented mentor of the youth associate professor G.V.Gerasimov paid attention to the student and got him interested at inventiveness. “I am thankful to Georgiy Vsevolodovych, - says the student. - He was one of the first to notice my interest in scientific activities and contribute to their development. He helped to acquire skills of independent analysis and systematization of investigated material, draw conclusions of the research performed”.

The story is continued by professor I.O.Mikulyonok, scientific supervisor of the student: “Back then G.V.Gerasimov taught me also, and not only professional excellence, but also humanity and attentive attitude towards colleagues and students. It was he who recommended to me Victor as bright, capable and hard-working researcher. In a manner of speaking, he turned Victor over to his disciple. Now Victor works on master's thesis within themes relevant for state economy. Significantly, he is able to work both with his head and hands. He has scientific publications and patents on utility models”.

Subject of his master’s thesis is related to the investigation of screw extruder’s work, which is the most efficient equipment for raw material processing in the polymer producing (industry), which is one of the most important sectors of world (global) economy. Victor is engaged in experimental research of the equipment operation with polymer raw materials used and analysis of a frictional operating mode of the equipment. In his leisure time he enjoys communication with his friends and attends the gym. His hobby is literature, especially fantastic fiction.

In 2016 Victor was awarded a scholarship of the President of Ukraine for the third time, also the student received D.Y.Andrievskiy scholarship in 2014 and award of Kyiv mayor in 2015. “ I'm very proud to have received all these awards, - says the student, - In this regard, I wish to express gratitude to lecturers and professors, who have contributed to my professional and scientific development, helped to acquire the knowledge and supported during the study at higher educational institution, thanks to them I have current achievements. I am thankful to the teachers, who taught me to be purposeful and responsible on junior courses, and to the teachers of my department, who are still engaged in development and promotion of my interest in study and science even during the graduate course. In particular I wish to express appreciation to my scientific supervisor I.O.Mikulyonok and O.L.Sokolskiy, who help me with implementation of the master's thesis and with whom I am co-author of the scientific publications”.

Young researcher wishes future holders of fellowship to gain high education, always have interest and inspiration to study and science, have worthy goals in life and reach them.