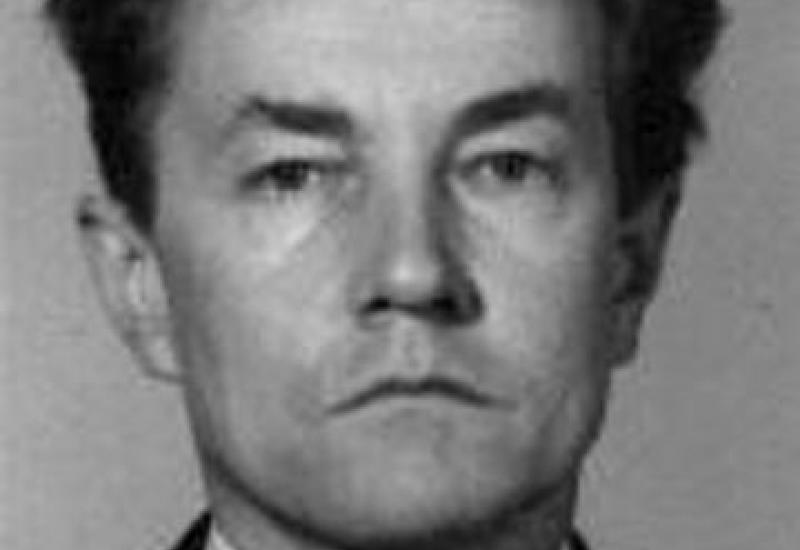 We would like to pay tribute to Victor Ivanovich as one of the greatest students of the Kiev Polytechnic.

During the training and active cooperation with the Alma-Mater Kyiv Polytechnic became family home for Viktor Ivanovich.

Here is classroom and laboratory, in which Viktor Ivanovich studied, here is one of the richest in Europe library fund, future scientist who gave life and deep scientific knowledge, here is a unique scientific and educational environment that nurtured him as a great multi-faceted personality .

This work colleagues and pupils of Victor Ivanovich are those who consider themselves followers of his scientific and philosophical ideas.

Viktor Ivanovich contributed to the formation in "High temperature materials and powder metallurgy", on his initiative and with his direct participation of the common order of the KPI and IPM in 1988 at the Institute of Materials was organized and provided jobs metallurgy branch of the department.

Viktor Ivanovich Trefilov was one of the founders of joint in 1999 - Engineering Physics Department and Institute of Materials is teaching and research laboratory diffusion in thin layers, now headed by Academician Valery Vladimirovich Skorokhod and Professor of KPI Sergei Ivanovich Sydorenko.

Laboratory is active, plays an important role in maintaining the high scientific level of teaching materials in the "KPI".

In recent years, academic V.I.Trefilov actively contributed to the creation of educational and scientific association based on "KPI" and IPMS NAS of Ukraine with 26 parts of IPM and 4 chairs Engineering Faculty of Physics NTU "KPI".

All this allowed us to use the most modern laboratory facilities of the National Academy of Sciences, involved in the learning process and collaborative research work leading scientists of the National Academy of Sciences of Ukraine (NAS of Ukraine Valeriy V. Skorokhod and Yuri Naiditsch, members of the NAS of Ukraine Sergey Alekseevich Firstova, Anatolia G. Kostornova, Julia Viktorovich Milman, Maya Davydivna Hlynchuk, George Hdalovycha Gnesinyh, Alexander V. Kurdyumov, Leonid Aleksandrovich Pozniak and many others).

Over the years these traditions have been preserved, which formed the grounds for the development of Materials section "Branch Target Master Training" KPI "for the Academy of Sciences of Ukraine".

Extremely high performance and dedication, people skills and willingness help anyone won him the love and respect of both faculty and students of the Kiev Polytechnic and a huge number of people in Ukraine, which had a good fortune to know this remarkable man .

To perpetuate the memory of Academician Viktor Ivanovich Trefilova in 2001, the Academic Council "KPI" established a scholarship named after V.I.Trefilova grade students of engineering and physics department.

V.I.Trefilov paid much attention to the creative growth of promising young scientists. In this regard, thinking about commemorating of V.I.Trefilov would like to make the following proposal: jointly ("KPI" and the Institute of Materials) establish for young scientists, post-graduate scholarship named after VI Trefilova and coincide its annual appointment to give birth Viktor Ivanovich - August 6.

Among other measures to honor the memory of academician V.I.Trefilov, in our view, would be the establishment of cooperation with the Institute of Materials contemporary teaching and research profile and Materials Research Laboratory of Solid State Physics named after V.I.Trefilov.