Sokolov Yuriy Dmytrovych. By the 115th anniversary of the birth 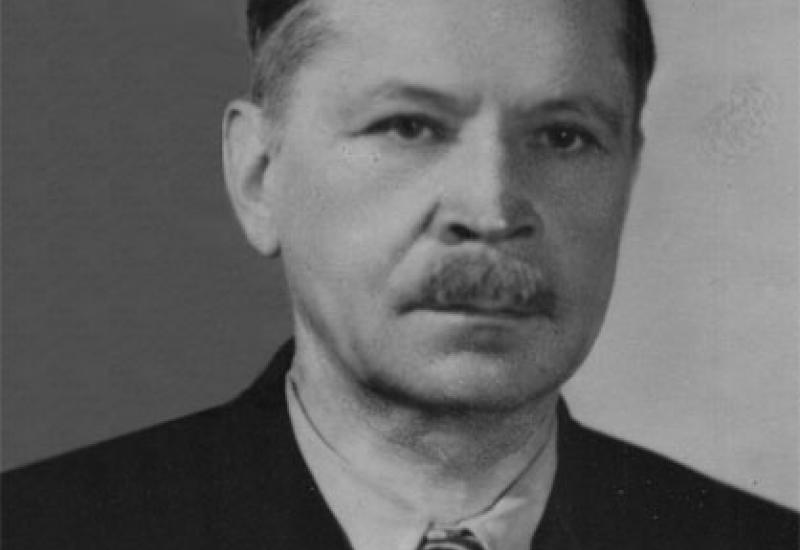 May 26, 2011 marks 115 years since the birth of Corresponding Member of the USSR Academy of Sciences, Professor Yuriy Dmytrovych Sokolov - an outstanding scientist in the field of celestial mechanics, head of the Department of Mathematics in the KPI 1937-1941

Y.D. Sokolov was born on 14 (26) May 1896 in the village Labinskiy in Kuban. His father served in the Cossack regiment, his mother was a teacher of a girls' school. After graduating with gold medal Labinskiy man’s gymnasium Yuri Dmytrovych enters the Mathematics Department of Physics and Mathematics Faculty of Kyiv University. Brilliant Lectures of O.P. Kotelnykova, D.O. Gravae, B.Y. Bukreieva, G.V. Pfeifer, V.O. Kotelnykova, G.K. Suslova, R.P. Fogel and P.B. Voronza largely determined his future path. At the suggestion of Academician D.O. Gravae Yu.D.Sokolov began the study of the classical problems of celestial mechanics - N-body problem, and in 1921 published his first scientific article " " By motion of a material point that is attracted to a fixed center and is under the influence of the disturbing force "

April 15, 1929 Yu.D.Sokolov defended his doctoral thesis entitled " "Conditions of the total collision of three bodies which are mutually attracted by Newton's law ". It brought worldwide recognition to the scientist and put him in one raw with the best experts in the field of celestial mechanics at that time.

In December 1933 Y.D.Sokolov was one of the founders of the Institute of Mathematics YUAN. In the mid 30's Kyiv School of Mathematics has become recognized not only in the USSR but also worldwide. Here worked D.O. Grave, M.P. Kravchuk, G.V. Pfeifer, M.O. Lavrentiev, N.I.Ahiyezer, V.Ye.Dyachenko, M.G.Kreyn, M.H.Orlov, Ye.Ya.Remez, I.Ya.Shtayerman.

The huge influence on Yu.D.Sokolov had cooperation with Academician M.P.Kravchuk, with the help of whom Yuriy Dmytrovych became a member I and II All-Union Mathematical Congresses (in 1930 and 1934) and a number of scientific seminars and conferences .

The Department of higher mathematics of KPI Yuriy Dmytrovych headed in 1937 - after discharge of M.P.Kravchuka. Yuriy Dmytrovych did not join the general chorus of condemnatory of an outstanding mathematician, whom he considered to be his teacher and mentor. He tried as far as possible not to attend meetings where M.P.Kravchuk was dishonoured for defamatory accusations of spying, betraying the interests of the state, nationalism, etc. By the initiative of O.S.Smohorzhevskogo was written the letter- declaration to the NKVD in which stated the enormous importance of M.P.Kravchuka in science and pedagogy and categorically denied charges against him which signed R.Y.Demahovska, V.A. Zmorovych, Ya.S. Goldbaum and prof. Yu.D.Sokolov. It was a very bold step for that time.

Yuriy Dmytrovych supported students and saved them from dismissal M.P. Kravchuk. He took care of their teaching, promoted their academic growth and choice of priorities in science and education. To them belong O.S.Smohorzhevskyy and V.A. Zmorovych who led the math department of KPI during World War II and post-war development. Further Yu.D.Sokolov maintained close relations with them and was the opponent in defense of their theses. 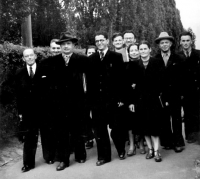 Yu.D.Sokolov made a lot to strengthen the mathematical department of KPI and maintain high academic level, which was launched by his famous predecessors - V.P.Yermakovym, B.Ya.Bukreyevym, M.P.Kravchukom. He enriched and expanded areas of research. During his leadership of the KPI first academic seminars on various branches of mathematical science began to emerge, on time’s request the number of mathematical disciplines has expanded. Yu.D. Sokolov attached great importance to scientific and technical work. At faculty meetings methodological report of the most difficult sections of the curriculum regularly was discussed. Comments and tips of Yuriy Dmytrovych played a significant role in improving pedagogical skills of teachers.

At the same time scientific achievements of Yuriy Dmytrovych Sokolov received new recognition - in February 1939 he was elected as a corresponding member of USSR Academy of Sciences.

Fruitful scientific and pedagogical work of Yu.D.Sokolova was interrupted by war. Through the illness of his mother, he and his wife had no time to evacuate from Kyiv and during the occupation was the head of the Astronomical Observatory. At the first meeting of employees Yu.D.Sokolov openly stated: " "Mine and yours task: to keep everything that could not be evacuated and prevent the use of the observatory by Germans for military purposes." Yuriy Dmytrovych took on the staff of observatory people who were facing deportation on work to German, hide in the Observatory mathematicians who were threatened with death. By saving the famous mathematician and teacher prof. S.I.Zuhovytskoho (Jewish nationality) Yu.D.Sokolova and his wife raved in 1993 the Department of the memory of the martyrs and heroes (Jerusalem) was included to the list of the Righteous among the Nations.

During the retreat of German forces the Observatory staff miraculously managed to save Observatory’s property from export to Germany. As the Germans brought boxes for packing, the staff downloaded stones, scrap metal and rags and hided in familiar places. For saving the library and observatory equipment Yu.D.Sokolov in 1968 was awarded the medal " For Defense of Kyiv&quot ;.

Due to the development of astronautics the security label was imposed on celestial mechanics in the USSR. Because of the fact that Yu.D.Sokolov was in the occupied territories, he was removed from the N-body problem of research and teaching at the University of Kiev. Then Yuriy Dmytrovych passed to the problems of hydrodynamics. He solved a number of important problems in the theory of filtration and proposed a new method for approximate solution of differential and integral equations, which is known today as a method of functional corrections of Yu.D.Sokolova. This topic is dedicated to his monograph &quod;Method of Averaging Functional amendments &quod;.

Under the leadership of Yu.D.Sokolova more than 20 people defend their thesis. Many of them have become famous scientists. His lectures were a model of teaching art - they harmoniously combine intelligibility, clarity and depth of scientific content. Yu.D.Sokolov was an expert in literature, especially poetry of Omar Khayam fond of poetry, recited quite appropriate in the end of some scientific seminars or even on the Academic Council, had a phenomenal memory, knew many foreign languages - English, Italian, Polish, Belorussian, French and German.

Even in old age Yu.D.Sokolov was one of three mathematicians with academic titles, which in 1960 stood against the closed trials of human rights defenders.

He left a substantial scientific legacy - 104 papers and 2 monographs. The monograph of Yu.D.Sokolova " Special trajectories of free material points," published in 1951, which became the property of celestial mechanics. In 1967, for success in the development of Soviet science and of scientific advances in the economy Yuri Dmitrievich was awarded the Order of Red Banner of Labor.

Yuri Dmytrovych died on February 2, 1971. Buried on the Baykove cemetery in Kiev.