Urgent tasks and new opportunities for activization of scientific and innovative activities of NTUU "KPI". From the speech of the vice-rector on scientific work Ilchenko at the Academic Council on February 8, 2016. 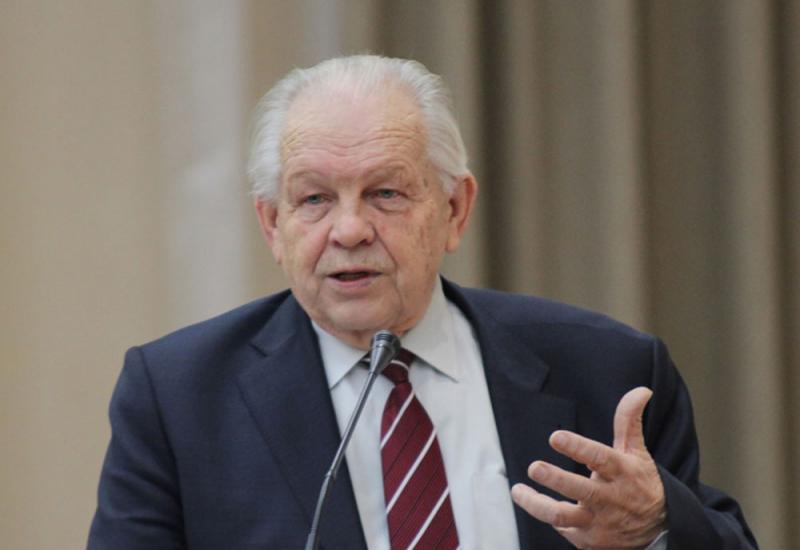 2015 was a difficult year for our country. The severe economic situation, the war in the East of Ukraine, the Military Doctrine adopted by the President of Ukraine, caused the vital necessity of the national science's demand for strengthening the country's defense capability, and thus determined our vital tasks. At the same time, 2015 provided new opportunities for activating scientific and innovative activities, including the adoption of the new Law of Ukraine "On Scientific and Technical Activity", the signing of an agreement between Ukraine and the European Union on the new conditions for participation of our scientists in the tasks of the European Framework program "Horizon 2020".

Let's consider the main achievements of 2015 and new tasks in key areas of scientific and innovative activity.

In 2015, 12 doctoral and 125 Ph.D. theses are defended by employees, graduates of the post-graduate and doctoral studies, as well as by the university's competitors, which is almost the same as in the previous year.

The efficiency of graduation from graduate school in 2015 is on average 22%, which is the main shortcoming of postgraduate work in the reporting year. Low is the percentage of graduates of the graduate school (45%), who stayed at the university, mainly as teachers.

Thus, they must implement measures to transfer postgraduate training to the framework of the third cycle of educational and scientific training of specialists in accordance with the new Law of Ukraine "On Higher Education" and significantly improve the effectiveness of postgraduate study by involving all graduate students in the implementation of scientific topics in demand by the state.

In 2015, 3,573 students took part in the research work. Some of the students are trained in the Institute of the National Academy of Sciences of Ukraine, some of them are involved in performing scientific works of the NTUU "KPI". A positive trend is the increase in the number of students participating in scientific research from 41% in 2011 to 60% in 2015.

In 2015, 1308 bachelors, 737 specialists and 1117 masters completed the qualification work, using the results of research.

Based on the decisions of the sectoral competitive commissions, 45 university winners were awarded with diplomas of the Ministry of Education and Science of Ukraine, more than twice as many as last year (in 2014 - 19 diplomas), in particular: 12 diplomas, II degrees Degree - 7, III degree - 11.

As always, the Scientific Society of Students and Post-Graduates of NTUU "KPI" worked fruitfully.

3. Activity of young scientists of the University

In 2015, 735 young scientists (up to 35 years old) worked at our university, including 2 doctors and 293 candidates of science. They took an active part in various conferences, exhibitions, where they presented the results of their own scientific research, as well as innovative developments.

With the support of the Council of Vice-Rectors for Science and Directors of Scientific Institutions under the Ministry of Education of Ukraine and the Council of Young Scientists in 2015, a large-scale initiative of the Ministry of Education and Science of Ukraine was established to form a base of experts from among young scientists to involve them in the examination of projects submitted to the Ministry for financing from the state Budget, and draft regulations on the competition of works for young scientists have been prepared. The active participation of young scientists in the implementation of scientific research and scientific and technical developments of the University is in demand.

4. Implementation of the state budget themes

In 2015, 132 scientific and research works were carried out on the funds of the general fund of the state budget, incl. 49 works from basic research, 83 works on applied research and development. Commissions

Exert from 2016.02.08 report of Prof. M.Y.Ilchenko during Academic Counsil