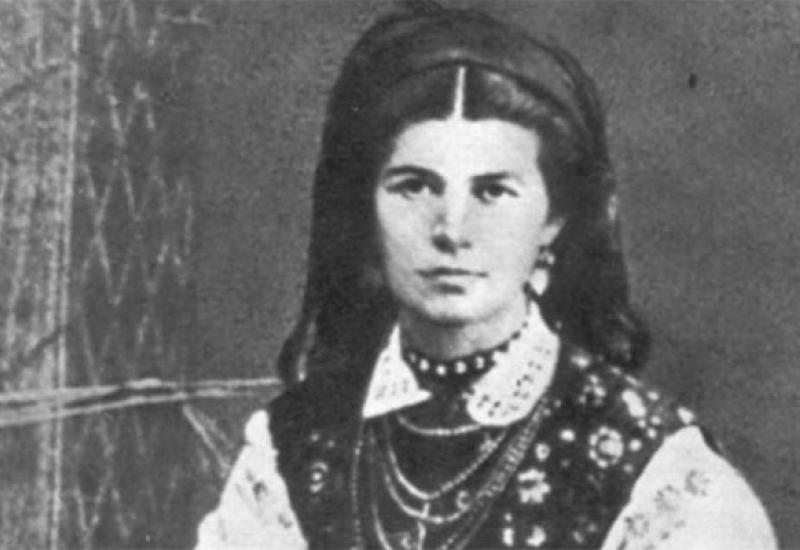 Olga Dragomanova (in marriage Kosach), acting under the pseudonym Helen Pchilka, is rightly called the sorrowful mother of Ukrainian culture, which gave the Ukraine, the world's Lesya Ukrainka. In the history of Ukrainian culture, science and public opinion Helena Pchilka is a whole epoch. There were in her personality the whole inflorescence of combined talents - teacher, writer, translator, scholar, social activist. And yet, this phenomenal woman was a brilliant journalist and publisher. With her participation, and since 1907 under her direct supervision it was published first in Poltava, and then in Kiev and Gadyach magazine "Native Land" (until 1916), from 1908 to 1915 - annex magazine "Young Ukraine" which was actually the first periodical for children on the Dnieper Ukraine. On the pages of these publications Helena Pchilka published many of her works, publications and interesting notes from different disciplines - linguistics, literature, folklore, ethnography, history, music, visual arts, as well as works by other writers and translations of world literature. She takes care that the language of these publications was intelligible and beautiful. Editing and publishing journals "Native Land" and "Young Ukraine" was quite a feat of Helena Pchilka.

As a writer Elena Pchilka manifested itself in different genres - poetry, prose and drama. Her artworks are printed on the pages of various anthologies, magazines and newspapers. Her first collection of poetry "The lace of thoughts" 1886 in Kiev was printed by a separate edition. Prose works she published in a small collections, and even by a separate story. The big selection of her prose with autobiographical writer was printed only in 1930 in Kharkov. Later her works in Ukraine for a long time were not issued and concealed. Recently collected works of Helen Pchilka were printed out in 1971, 1988, 1991. Dramatic works of Helen Pchilka were basically plays for children's theater.

As a scientist Olga manifested itself in ethnography, folklore and literary criticism. In 1876 she released the album "Ukrainian folk ornament (samples of embroidery, weaving, Easter eggs)", which was highly appreciated in Ukraine and abroad. Album survived five editions. In the preface, the author raised the issues of the Ukrainian language. She condemns the song’s "surzhik", is a fan of folk ornament identity and purity of the Ukrainian language. In 1903 the magazine "Kievan antiquity" printed Helena’s Pchilka major work of Ukrainian Christmas carols, which was the phenomenon not only in Ukrainian, but also world culture, illustrating their own recordings made in Volyn. In her study, she drew attention to the proper linguistic aspects of Christmas carols and schedrivok, emphasizing their poetry, diversity.

In October 1925 at a meeting of Ethnographic Commission Helena Pchilka made a report "Ukrainian peasant painting on the walls," which was published in 1929 in Kiev in "Memoirs of the Department of History and Philology" (Vol. XXIII, p. 117-188) and attracted the attention of the scientific world. For proceedings in 1925 Helena Pchilka was elected a corresponding member of the Ukrainian Academy of Sciences, a member of the Ethnographic Commission, she worked since 1920. Helena was active in other committees - the literary-historical, social movements and the like. She has written and published many essays on Ukrainian writers - Eugene Grebinka, Taras Shevchenko, Boris Grinchenko, writers of other literatures, as well as many interesting memories of their friends and relatives - Michael Staritsky, Mykhailo Drahomanov, Mykola Lysenko, Pavel Zhitetsky, Mark Kropivnitsky and other figures of Ukrainian culture.

As a public figure Helena Pchilka has always defended the position of the native language and culture. She went to high tsarist officials in St. Petersburg (up to the prime minister), sought to open Ukrainian school, to print Ukrainian textbooks. On this occasion, she wrote memoranda. When in 1917, Helena Pchilka was invited to take the post of editor of "Gazeta Hadiach Zemstvo," she agreed, but only on the condition if the newspaper will be printed in Ukrainian. It just happened.

The artistic heritage of Helena Pchilka is a valuable asset of our science and culture, it pulsates full-blooded love for his people, to Ukraine. Currently, there are literary award of Helena Pchilka for the best works of art for children (founded in 1991 by publishing house "Rainbow"). Her name was given to the libraries, streets.

Helena Petrovna deeply respected the works of Ivan Kotlyarevsky, wrote articles about him. She suggested to celebrate each year on his birthday, as we celebrate the birthday of Taras Shevchenko. She dedicated him two her works - "Word" and "Privet, Ivan Kotlyarevsky." Olga spent his adult life working for Ukraine, how to work a lot of the same patriots of our land, even if they were not Ukrainian by birth, but only in spirit, for example, Agatangel Crimea, Sofia Rusova, Mary Hrinchenko Periwinkle Gunn and others.

She was an excellent teacher, not only for her children (Lesya, Michael, Olga, Oksana, Nicholas, Isidore, who from 1906 to 1911 studied at the Kiev Polytechnic Institute, had been deported in 1937). She brought them in a patriotic spirit. She was the wise teacher for several generations of our young people who were brought up and educated on her works.