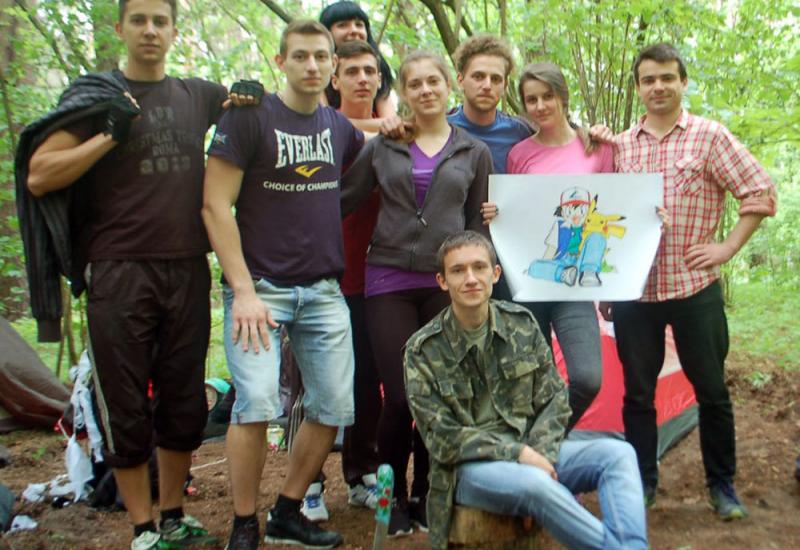 Every spring and autumn "KPI" campus provides sports and travel game "Labyrinth", which is looking forward to the students. And this spring is no exception. On the 13-15 of May 18 teams 180 members in total arrived at the base of the WTO "Polytechnic" where competitions were held. They include not only KPI students, but the guests who are members of sporty military patriotic club "Kestrel" and the team of Academic Community of students and PG students of NTUU "KPI".

Everyone was settled in tents. Each team had to arrange camp, come up with the name, flag and prepare a presentation of the team.

The program was intense and unpredictable. There was also extreme and interesting night game where the participants felt real inhabitants of the forest and were able to detect the orientation skills, knowledge of the basics of travel and show their physical fitess and teamwork. Crossing of the "Lake of Silence" with healing spring water and 'therapeutic' mud treatments at the "swamp" became a real surprise. During the day the participants were waiting for the first aid treatment, self-defense basics, knot-tying, catamarans and kayaks driving master classes conducted by the best tourist instructors.

So next time we are looking forward to the new thrill-seekers of the new activities.