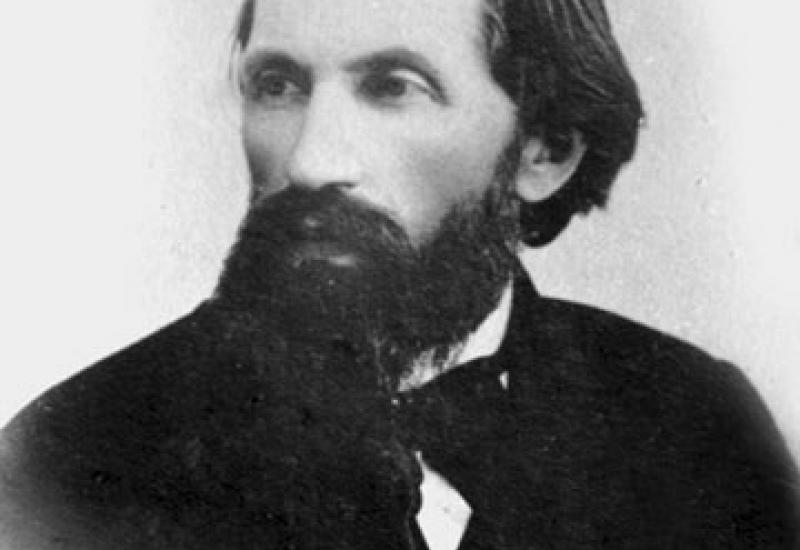 V.L. Kyrpychov was born in 1845 in St. Petersburg in the family of the mathematician in the military school. He graduated from Polotsk Cadet Corps, then Mikhailovsky Artillery School, served two years in the fortress of Kronstadt artillery.

In 1868 V.L.Kyrpychov brilliantly finished Mikhailovsky Artillery Academy. Since 1869 he began to read the course of structural resistance in the Academy. In 1873 he did fieldwork abroad. In Heidelberg he listened to the Course of Experimental and Theoretical Physics by G.R. Kirchhoff. Then he visited mechanical engineering plants and hydraulic structures in Germany, Belgium and Switzerland. Later he worked under the guidance of V.Tomson and J.K. Maxwell.

In 1876, V.L. Kyrpychov became a professor at the St. Petersburg Institute of Technology. In the 70th he began to work over the course of structural resistance, which has been repeatedly done over, supplemented and published by lithographic method. In this course theoretical generalizations with practical advice and examples were very good combined. This course has been widely dispersed, giving its author an extraordinary popularity among the Russian engineers and technicians.

In early 1898 V.L. Kyrpychov organized Kyiv Polytechnic Institute and was at the head of it till 1902. In the organization of KPI he put the principle of combination of theoretical knowledge with laboratory sessions and practical training, which was unusual at that time. He paid much attention to the development of future engineers' skills of independent creative work. In autumn 1900 after the construction of the main building he began to organize the mechanical laboratory that was subordinated to the Director of the Institute.

In 1902, due to student strikes, followed by the expulsion of first-year students, the institute was closed down until the autumn. These events have adversely affected the health of V.L. Kyrpychov. He refused the post of director and moved to St. Petersburg, where in September 1902 he was appointed a member of the Council of Ministers of Finance and in spring 1903 – a Chairman of the Building Committee of St. Petersburg Polytechnic Institute. By the end of his days he read lectures on applied and structural mechanics. In 1913, V.L. Kyrpychov died.

Kyrpychov’s works were dedicated to different problems of structural resistance, mechanics and fundamentals of machine designing. His works entered the golden fund of national technical literature. His textbook “Structural resistance”, which consists of two parts, and lectures on the subject gained universal acknowledgement.  Kyrpychov’s similarity theory had great importance for the development of science and technology.  In his monograph "Optical study of reversible deformation” (1913), he pointed to the prospects of optical methods usage for reversible deformation studying. His book "Discussions about mechanics," which was published in 1907 and later reprinted four times (most recently - in 1951) was an example of the clear and popular explanation of the most difficult questions of theoretical mechanics.

Along with specific articles V.L.Kyrpychov left a number of works on general issues of engineering work and education. "Komsomolskaya Pravda" published a shortened version of V.L.Kyrpychov’s article "The value of fantasy for Engineers" (this article can be found on the web-site of our university) two years ago (№ 39 in 2003).  Extremely interesting and important thoughts V.L.Kyrpychov expressed in a speech at the opening of KPI "Vivat, crescat, floreat!" (Live, Grow, Prosper!), a large fragment of which is published below.

Incidentally, both article and speech were published respectively in 1903 and 1913. They were not released later. V.L.Kyrpychova had also other deep and extremely informative articles that will no doubt be interesting and useful to a wide range of readers. Perhaps, our mechanics with printers will republish these items in a small compilation. Possibly, “Discussions about mechanics” is worth to be published. The spiritual legacy of the first rector of KPI is to serve the education of new generations of the students of KPI!