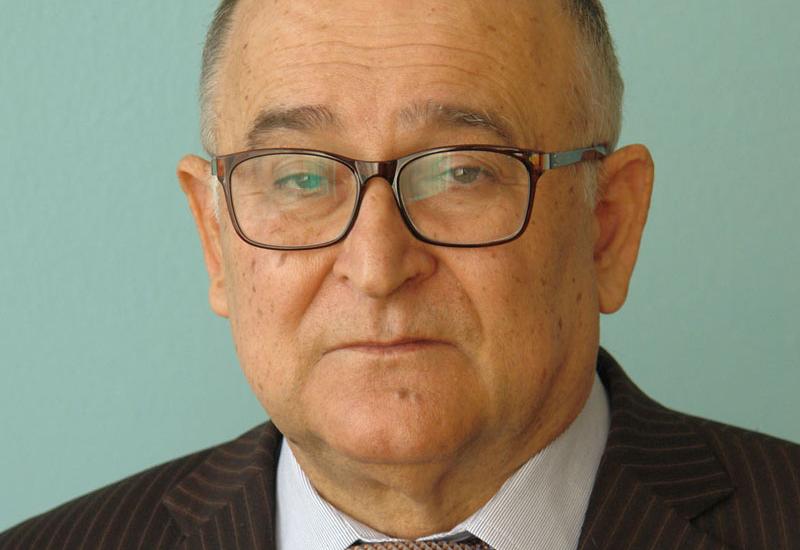 V. G. Koloborodov  graduates Shevchenko Kiev State University specializing in "Radiophysics and Electronics". After graduating from university, he served for two years (1970-1972) in the ranks of the Soviet Army as a lieutenant engineer. In 1972 he embarked on postgraduate studies in the Kiev Polytechnic Institute, and in 1977 he passed Ph. D. defense. Then he worked as an assistant, docent, professor of the Optical and Optoelectronic Devices Department. Since 1994, V.G. Kolobrodov heads the Department of Optical and Optoelectronic Devices. In 1997 he defended his doctoral dissertation.

The sphere of Professor’s V.G. Kolobrodov scientific research is thermal imaging, infrared technology, optoelectronic observation systems, incl. cosmic basing, metrology of optical and optoelectronic systems. Under his direction produced more than 50 scientific and research works, incl. 12 on the decisions of the military-industrial complex of the USSR, the Cabinet of Ministers of the USSR and Ukraine.

Valentin Georgievich is a talented teacher, lecturer and scientist, highly intelligent creative personality. He is the author of more than 150 scientific papers, including 10 textbooks and teaching aids, 13 methodical works, and 7 monographs. He has received more than 50 patents and copyright certificates. His textbooks and monographs are published not only in Ukraine, but also in Germany and China. The textbook "Heat-Vision System (Physical Basis, Methods of Design and Control, Application)" was recognized by the Academic Council of the University as the best textbook of 2001.

Under the direction of Valentin Georgievich were defended 14 candidate and 7 doctoral dissertations. He is a scientific adviser to PhD students and the scientific supervisor of many post-graduate students. For lots of years he lectured at leading universities and scientific research institutes in China, Germany and Hungary.

Professor V. Kolobrodov performed and performs significant scientific and administrative work: for 12 years he worked in the KPI admission committee, was the dean of the instrument-making faculty for educational and scientific work, he worked in the expert commission of the Ukrainian Higher Attestation Commission. He is a member of two specialized councils for the defense of candidate and doctoral dissertations, a member of the editorial boards of several international scientific and technical collections.

The main achievement of Professor V.G. Kolobrodov as administrator is the unique team of the Optical and Optoelectronic Devices Department. Under his direction were developed and published guidance papers for all the academic disciplines that set out the department. There have been developed a number of new teaching disciplines methods, which significantly increase the effectiveness of the educational process. Lecturers of the department are published in international periodicals and participate in international conferences. On the initiative of V. Kolobrodov were opened new specializations at the department: "computer-integrated optoelectronic systems and technologies" and "Photonics and optoinformatics." The level of education demonstrate the cooperation with University of Le Mans (France ), where are studying the masters of the department. The lack of conflict and goodwill of Valentin Georgievich, combined with a balanced personnel policy, created a microclimate at the department that promotes the fruitful work of all employees. Students respect him not only for the high level of professionalism, but also for his attitude to them.

For productive scientific activity, Professor V.G. Kolobrodov was awarded the badge "Excellent worker in the education of Ukraine" in 1998, and in 2002, 2006 - thanks to the Kyiv mayor, is a multiple winner of the competitions "Teacher-researcher" and "Leader of the Year". In 2014, V. Kolobrodov received the State Prize of Ukraine in the field of science and technology.