Miracles in life and fairy tales 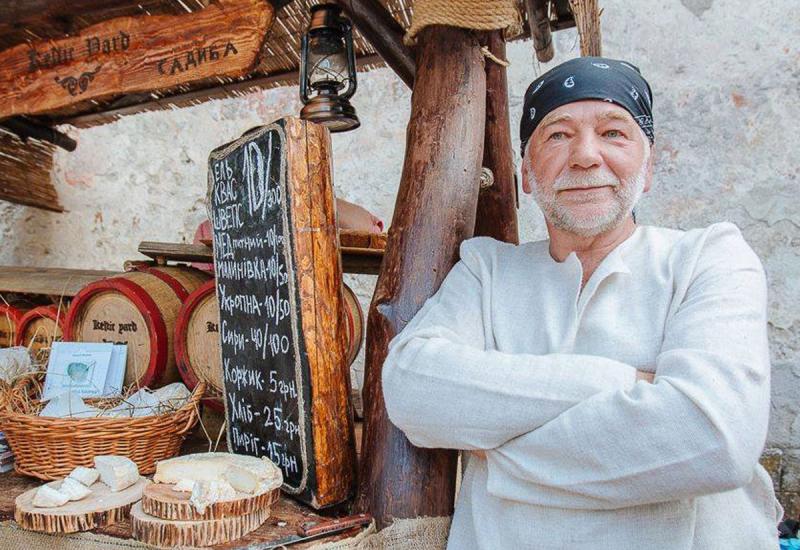 They say miracles happen only in fairy tales. But life sometimes throws up such scenes that can be more fantastic than fairy tales. Once in Zakarpattya Region ...

There was a man. His name was Yuri Klovanych. He worked as a teacher and instructor of tourism and builder. Pretty thirty years he has given to journalism. His writings were unconventional and interesting: it were not about weekdays and officialdom, Zuri was looking for something interesting, illustrating global processes . He scolded local officials and the public utilities when they completely forget about the needs of townspeople, led investigative journalism. Then retired and went into work on farm. He said: once i looked from the balcony of my apartment on the mountain Lovachku that blossom in front, and there was kindled the idea to buy land for cottage. Crossed the road Uzhgorod, and met one old man.Then he asked, "Is there no one sells plot?" "I sell" - said the old man. Immediately and hit on his hands.

It took several years on the construction of buildings, terraces, trees, shrubs, etc. Master took align yard and came across the masonry. The deeper digs - only added excitement. Digging not a day or two, or even a month. Finally opened the ancient 40-meter cellar, built several centuries ago - the stones of the floor, walls, benches and niches.

While recovering after exercise of the earth - he thought which benefit he would become from the find. Up here in the corner of the shot trickle its way. Rather, it was once the stream, and now quietly flows though drops under the old vaults called up loudly and persistently. Water taste - pure nectar. Here and come to a decision to do huralnytstvom. For the soul. In the basement arrange a tasting room.

Today Yuriy and his wife Galina continue to build ahroetnosadybu "Keltskyy yard." This is the only mansion green tourism in Zakarpattya Region, which play history, life, traditions, food and Celts drinks, who, according to scientists, more than two thousand years ago created ancient city on the slopes and Halish Lovachka around Mukachevo.

To the accompaniment of music Celtic boss treats cooked and Stoyan honeys, liqueurs from wild raspberries, blackberries, dogwood; German schnapps, Spanish Oruh , Italian grappa. Wine is only one - vermouth several grape varieties infused with 60 (!) Herbs. It is not alcohol, it is - art. Everything needs a perfect time exposure. Beautiful and delicious drinks - like a wise book, great music, life and instructive film. There's no place pop music and bad taste. There's harmony prevails.

Only "Celtic yard" can eat rye bread baken on non yeast ferment and baked in mud ovens, and original cheeses.

The owner of a long and happy talking to their guests: the history, culture, human values, creating a unique atmosphere of honesty and trust. His mouth says love: the land to the garden, to every drop of their product. Each particle of this place is riddled with aesthetics. And, it seems, it is quite successful from the business point of view. Conclusion: everything is possible and dreams come true if you do something.

There is only one danger in this tale: after visiting the "Celtic court" you instinctively become the idea to leave all the fuss and work near the ground. But not to everyone this talante is given.