Man whose armed astronomy. To the 450th anniversary of the birth of Galileo Galilei 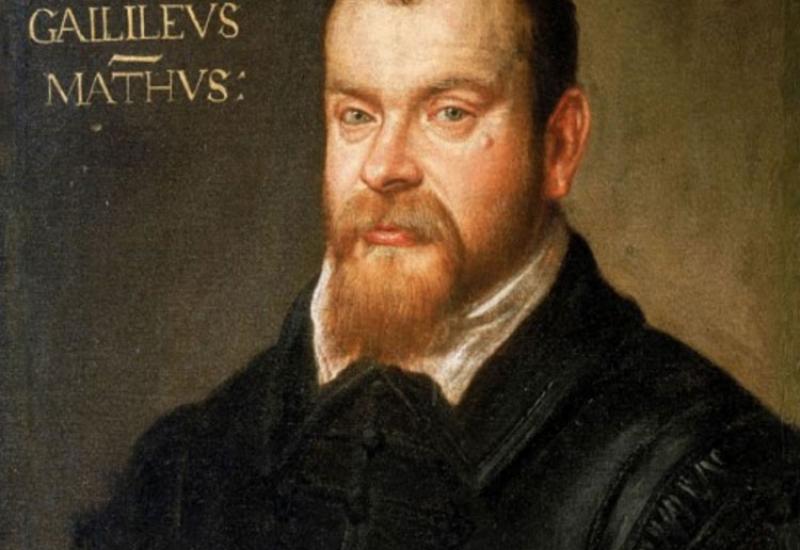 On February 15, 2014 was 450 years since the birth of Galileo Galilei (1564-1642) - Italian scientist, one of the founders of classical natural science, by fundamental discoveries in physics and astronomy.

Galileo formulated the principle of relativity of motion, established the law of inertia, the law of free falling body and the body, thrown at an angle to the horizon, discovered the law of the constancy of the period oscillation of the pendulum, and proposed the idea to use a pendulum in clock. He also made researches in the areas of hydrostatics and strength of materials, invented the hydrostatic balance, telescope prototype of thermometer - thermoscope.

Everyone knows the struggle of Galileo for the establishment the heliocentric Copernican world system. The astronomical discoveries of Galileo, his book "The Starry Messenger" (1610), "Dialogue Concerning the Two Chief World Systems - Ptolomeyevu and Copernican" (1632) had a huge value for breakthrough of new ideology.

Galileo was also a musician, artist, art theorist. His works, written at a high artistic level, contributed to the strengthening of the Italian language.

Researches of the whole world are still arguing about who among researchers period of so-called modern history most influenced the further development of natural science : the Polish astronomer Nicolaus Copernicus (1473-1543) - author of the heliocentric theory of the solar system construction ; German philosopher , mathematician and astronomer Johannes Kepler (1571-1630) - founder of the optics and the discoverer of the laws of planetary motion ; Italian philosopher , physicist , astronomer, mathematician , poet and literary critic , Galileo Galilei (1564-1642) - the founder of classical mechanics and experimental science or English physicist Isaac Newton (1643-1727) - the founder of classical physics?

Certainly, the contribution of each of them cannot be overemphasized. Complementing each other, like they were intercepted baton moving in the same direction. They are distinguished from other common feature, which once wrote in one of his works of Galileo, "The authority of a thousand is not worth the humble reasoning of a single individual.”

Galileo Galilei made the biggest contribution in astronomy. He and his engineering talent has made a real scientific breakthrough for astronomers, which still watching the sky "naked eye". Opening new horizons of research, thus he introduced revolutionary changes to the methods of astronomical research and gave impetus to the creation of new and better telescopes.

The largest modern operating telescope in the world is the Great Telescope Canary Islands (elGran Telescopiode Canarias), that is appertained to the Observatory del Rock de los Muchachos (island of Palma, the city of Las Palmas) in Spain - has a mirror diameter of 10.4 m (works with 2009).

A first telescope in 1609 had only a 3-fold expanse. Moving and experimenting, Galileo Galilei demonstrated his design to an increase of 32 times. What Galileo saw in the sky at that time impressed him and the whole world that had turned a lot of conceptions about the universe. Even crowned heads began to order telescopes and look at the sky.

But it is one thing to see, the other - to understand what you see and draw conclusions. Discovery of Galileo conduced for disproof of the views of Aristotle and Ptolemy's geocentrism and strengthening the heliocentric system of the world. So, the mountains on the moon were similar to the earth and the smoked light of the moon Galileo explained as it has sunlight reflected from the Earth, which does not coincide with the doctrine of the opposite of "heaven and earth". Jupiter was discovered 4 satellites, Galileo even defined period of revolution around the planet and for their mutual motion proposed to determine longitude on the Earth's surface. This thesis has been disproved geocentrism: "The Earth does not rotate around the sun, for itself revolves around the moon." But Jupiter revolves around something with as many as four satellites.

Seen through a telescope sunspots and their movement across the solar disk allowed Galileo to estimate the time and the position of the axis of rotation of the Sun.

Installing the fact that Venus changes phase, Mars, Jupiter and Saturn - no, it was also in favor of Copernican theory. In addition, Galileo observed that the planet in a telescope have patens and stars do not change their size - this made it possible to estimate their distance from Earth. Milky Way in the telescope was turned from the fog into to the myriad of new stars ...

Unfortunately, the first original telescope of Galileo remained only one lens, which was assigned by astronomer to his patron Duke Cosimo II de 'Medici. The followers of Galileo managed to hold measurements of the refractive index and the lens shape and composition of the glass. At present running a project on which to model recreated by a team of scientists from the telescope Florence Arcetri Observatory monitors the same items as Galileo. The purpose of the project is an opportunity for all who wish to "see the world through the eyes of Galileo". We know that the last years of his life Galileo spent in the dark, lost his sight. Experts plan to conduct DNA testing to diagnose Galileo’s disease and play the full conditions of observation.

Galileo Galilei had a difficult life. Admiring from childhood by music and drawing, hoping to become a priest, he began his college education at the instigation of his father at the medical faculty. When he was student, he acquainted with geometry at first, also he was invited for teaching to Pisa, and later to the University of Padua. Introduction to the theory of Copernicus, the recent reform of the calendar, the appearance of a supernova dawn drew his attention to astronomy, which he will continue to not only studied and taught, but also popularized, even then lecturing to people and showing the sky through a telescope. Tendency to search the truth and extremely high, at that time, the popularity of scientist led persecution of the Inquisition - the court, prison. The last 10 years of his life, Galileo led under strict house arrest. Without leaving the boundaries of Italy, Galileo experienced worldwide fame. And many years later, the spacecraft 'Galileo' left-Earth space and 13 years studied Jupiter and its satellites.

Galileo Galilei was a true master, including words and phrases. He wrote: "Whatever the course of our lives, we should receive them as the highest gift from the hand of God, in which equally reposed the power to do nothing whatever for us. Indeed, we should accept misfortune not only in thanks, but in infinite gratitude to Providence, which by such means detaches us from an excessive love for Earthly things and elevates our minds to the celestial and divine”. And some of the statements of Galileo are relevant now. For example: “"... To demand that the people refused to obey their own opinions and judgments of others, and to appoint persons totally ignorant of science or art, scientists judges over the people - these are innovations that are able to bring death and ruin the country."