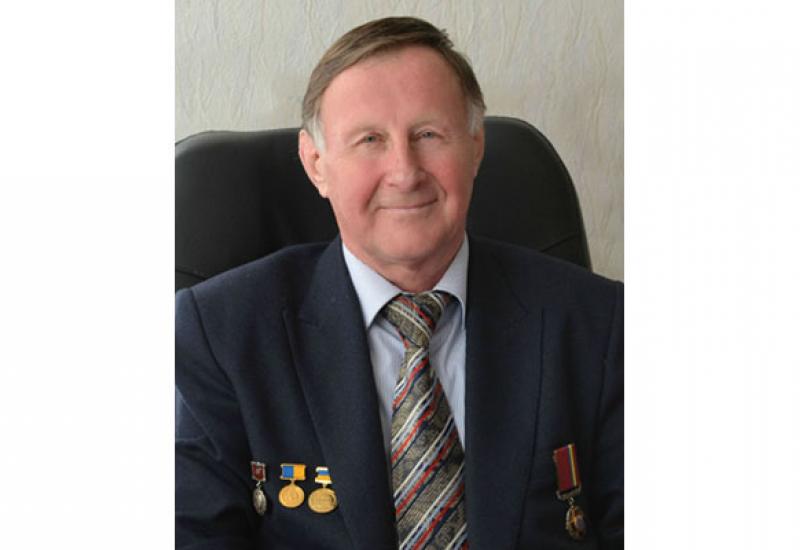 On April 7, 2017, Head of the Department of Acoustics and Acoustoelectronics, Doctor of Technical Sciences, Professor Vitalii Semenovych Didkovskyi celebrated his 80th anniversary.

In 1971, V.S. Didkovskyi graduated with honours from the Kyiv Polytechnic Institute, in 1976, he defended his Ph.D. thesis and in 1986 - his doctoral dissertation. In 1987, he headed the department.

The end of the 80s was marked by significant changes in the life of our country. As soon as Ukraine became independent, the traditional customers’ interest in the department developments in hydroacoustics has significantly dropped. Therefore, V.S.Didkovskyi initiated the addition of a new speciality "Acoustic Medical Devices and Equipment", which was later called "Medical Acoustic and Bioacoustic Devices and Equipment", to the department speciality "Acoustic devices and systems".

The rapid development of digital sound processing facilities in media technologies and show business as well as problems of acoustic ecology, biological and psychological aspects of acoustic technologies required the training of relevant specialists. After much deliberation V.S.Didkovskyi proposed to replace obsolete specialities by new ones: "Acoustic Multimedia Technologies and Systems" and "Acoustic Monitoring, Bio- and Psychoacoustics".

Vitaliy Semenovych accords great importance to the implementation of a number of scientific studies. Many important and complex acoustic projects have been implemented under his supervision: acoustic characteristics on the premises of the Verkhovna Rada of Ukraine have been improved, acoustic projects, concerning the equipping of the halls of the Cabinet of Ministers of Ukraine, the Constitutional Court of Ukraine, the Presidential Administration of Ukraine, the Kiev City State Administration and the equipping of the auditorium of Lesya Ukrainka National Academic Theatre of Russian Drama and the concert hall of the Sumy Regional Philharmonic, have been realized.

V.S.Didkovskyi has been awarded with the diploma of the Verkhovna Rada of Ukraine for his fruitful scientific activity. In 1998 he was awarded the title "Honoured Worker of Education of Ukraine". In 2009 V.S.Didkovskyi became the laureate of the State Prize of Ukraine in Science and Technology and in 2012 he was awarded the third degree order "For Merits".
Vitaliy Semenovych pays great attention to the enhancement of department scientific potential. Over the past 7 years, the department scientists defended 5 doctoral dissertations and 17 Ph.D. thesis. V.S.Didkovskyi has recently published a monograph "Acoustic examination and communication channels correction" in coauthorship with A.Prodeus and M.Didkovska. Last year, he published a monograph "Broadband electroacoustic paths of medical devices" in coauthorship with S.Naida and A.Aleksieienko. Numerous student books and manuals with the stamp of the Ministry of Education and Science give evidence of a constant painstaking pedagogical and scientific work.

To facilitate graduates’ employment, Vitaliy Semenovych and his department co-workers put their efforts into support of bilateral relations with industrial, medical, educational, scientific, research and design organizations of Ukraine. In particular, Kyiv centres of hearing correction such as "Infoton" and "Avrora" not only offer students to have practice, but also consider an opportunity of their employment. We have just received a similar proposition from the Kyiv Center SPRINT-42, which conducts scientific, research and design works in the field of artificial intelligence. In addition to this, department contacts with the state enterprise "Kyiv Scientific Research Institute of Hydrodevices" (State Concern "Ukroboronprom"), where the department graduates successfully work, remain stable and traditional.

Today, led by Vitalii Semenovych Didkovskyi the staff of the Department of Acoustics and Acoustoelectronics continue to work on new scientific teaching and applied developments, trying to keep up with the times and responding to societal needs. Innovative forms of work are developed and implemented in the form of educational and practical projects. A recently created virtual laboratory of acoustic examination and correction successfully works, new lab works and new disciplines are being developed, the lectures publish their works in international periodicals and participate in international conferences. The present level of education, which students of our department get, is confirmed by the successful cooperation with the University of Le Mans (France), where several master and postgraduate students have been studying since last year. This is a significant and important step towards the European Educators Union. Due to the constant updating of the department website, the applicants are well-informed about the life of the department.

The staff of the Department of Acoustics and Acoustoelectronics congratulates Vitaliy Semenovych on his anniversary and wishes him good health and pleasure from piloting a department ship in the stormy whirlwind of life!