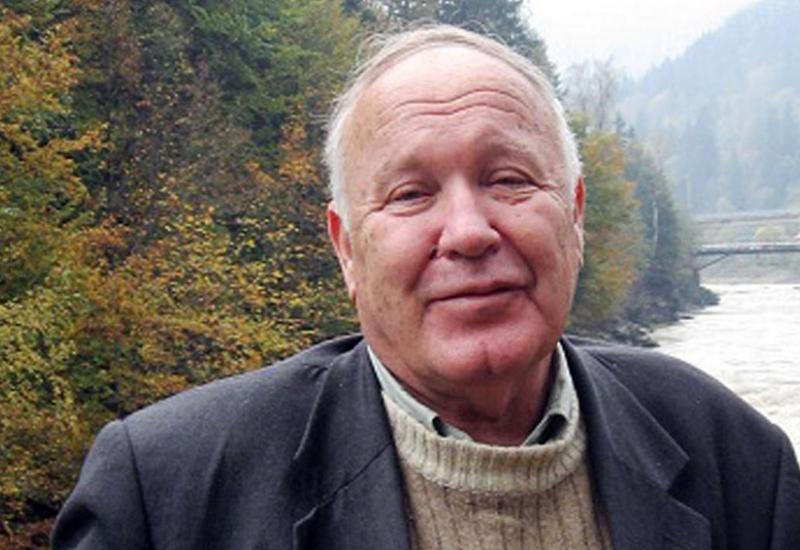 The students mountain sports camp “Globus”, which are near Goverla,  is very popular among studentsof KPI. But few of today's visitors remember that from 1994 to 2007 Svyatoslav Vasilyovich Balitsky directed that camp, and 14 November he will celebrate its 80th anniversary

Congratulations Svyatoslav Vasilyovich with a commemorative date of birth and we want to share memories of our colleague, whose fate throughout life was connected with the Kiev Polytechnic Institute.

At the age of 17 Svyatoslav Vasilyovich entered KPI, and all life he had been working at the Institute. Successfully combined studies and sports, he became the master of sports of the USSR, he was repeatedly winner and prizewinner Ukrainian and all-Union competitions, later he became the assistant to the founders of the section on shooting brothers Eugene and Vladimir Gusev. Over time he has headed the section of shooting sports. Shooting gallery was in the main building, the students participated in city competitions, quickly gaining sport skills.

Acoording to recalls of former student of the Electromechanical faculty (1958-1963.), master of shooting sports of the USSR Larisa Cherniavsky, athletes-hands from KPI was successfully performed in these years in the national team of Kiev in the Ukrainian League, championship DOSAAF and society "Petrel". In 1962 KPI team became the winner of the USSR championship among student teams, and Larisa Chernyavskaya set two all-Union records.

New students, which have being took care by Balytsky and other coaches continued the first success of the KPI team: they won in Republican, all-Union competitions in both individual and team classifications.

Svyatoslav Vasilyevich was not only a coach but also became a good Manager. The students were provided with all the necessary to practice shooting, always shooting were in the best state.

Business acumen was the reason for his involvement in the first one, Caucasian, tourist camp "Globus".

In 1964 the camp was organized, and it quickly gained popularity and became the cradle of sportsmanship for generations of Polytechnic.

But when 90-e years came, the number of trips decreased, it had to abandon camp in the Caucasus. And subsequently, In 1994 was opened a similar camp in the Carpathian mountains at the initiative of Yuri Taniga and with the active assistance Balytsky  opened, which Svyatoslav Vasilyevich became the Director and worked until 2007.

He quickly found a common language with the locals, he was able to assess the integrity and  to picked up a great staff for the camp.

Particularly pleased students with all changes in the canteen work and unchanging kitchen workers camp. The students present one of the reasons why you should go to "the Globus" – there are a great food.

This tradition of work in good faith, with the love of tourists is enshrined in the camp. And this is the merit of Svyatoslav Balytsky.

Now S. V. Balitsky is on retirement, and he are engaged in their grandchildren and he have with the pleasure welcome different guests.

He has an excellent memory, and you can always learn a lot of new and interesting from his memoirs.

We wish Svyatoslav Vasilyevich a good health for years!

On behalf of my colleagues and friends of T. M. Solana,
the Director of the camp "Globus" in 2008-2013,
employee of the Department of sports perfection