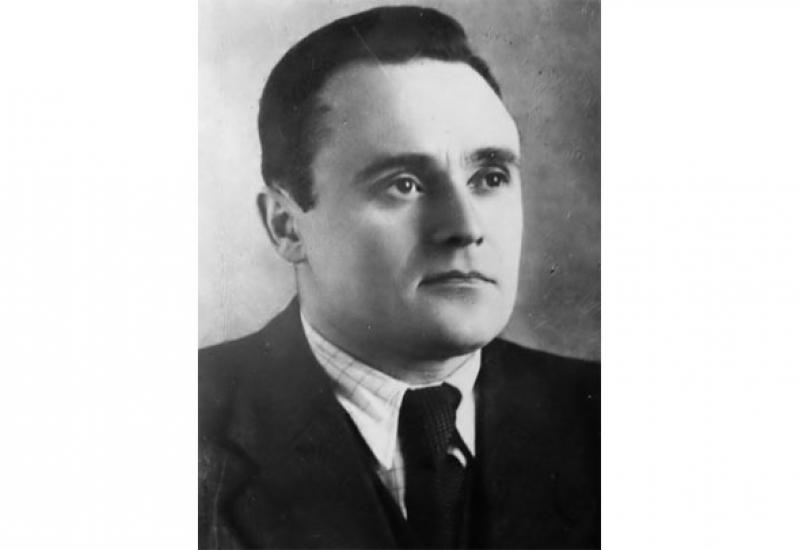 Sergei Pavlovich Korolev (1907-1966) - Soviet scientist and designer in the field of rocketry and astronautics, chief designer of the first rockets, artificial earth satellites, manned spacecraft, the founder of practical space industry, academician of the USSR (1958), member of the Presidium of the USSR (1960-1966), Hero of Socialist Labor (1956, 1961).

SP Korolev - the pioneer of space exploration. Under his leadership many geophysical and ballistic missiles were developed. The world's first intercontinental ballistic missile, the carrier rocket "Vostok" and its modifications were developed and launched. There were manned flights, an exit into space. The apparatus series "The Moon", "Venus", "Mars", "Probe" satellites "Elektron", "Lightning 1" were created. The project of "Soyuz" was developed.

Sergei Korolev trained many followers - scientists and engineers. He was awarded the Gold Medal of K.E. Tsiolkovsky Academy of Sciences (1958), the Lenin Prize (1957), two orders of Lenin, the Order "Badge of Honor" and medals. In 1966 the Academy of Sciences of the USSR established a gold medal named after him "For outstanding achievements in the field of rocket and space technology." A scholarship of his name for university students is established. In Zhitomir, Moscow (in early astronauts Alley) and other cities monuments to scientist were erected. Memorial houses-museums in Zhitomir, Moscow and Baikonur of his name are created. Kuibyshev Aviation Institute, the streets of many cities, two research vessels, alpine peak in Pamir mountain pass in the Tien Shan, asteroid talasoid on the moon were named after him. Urn containing the ashes Korolev was buried in the Kremlin wall. 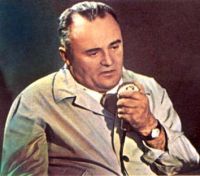 Sergei Korolev was born January 12, 1907 in Zhitomir in a family of teachers. When he was ten years old his stepfather started to raise him. He was a mechanical engineer.

In 1924 he received his secondary education, graduating from professional school of the city of Odessa. He designed his first glider. The same year he joined the Kiev Polytechnic Institute.

In 1926, in connection with the closing of the KPI he transferred to the evening department of the Moscow Higher Technical School of Bauman. At the same time he worked in the enterprises of the aviation industry. Later he built gliders i participated in the All-Union competition glider.

In 1929 he defended a graduation project of light two-seater aircraft (CK - 4), which was built and undergone flight tests. Scientific director of the Korolev was A.N. Tupolev. After the project defense he had got the profession of aeromechanical engineer.

In 1930, without an interrupting his work he has finished the Moscow Pilot School and received the certificate of the pilot.

In 1931, together with F.A. Zander he organized one of the first in the country rocket organization - Group for the Study of Reactive Motion (GSRM) under the Central Council Osoaviahim (later DOSAAF). He supervised the construction and flight tests of missiles, developed a rocket plane project.

In 1933 he was appointed deputy chief of Jet Research Institute (JRI), established on the basis of the two organizations GSRM i Leningrad Gas-Dynamic Laboratory (GDL). He supervised flight testing of the first domestic liquid rockets "09" (design M.K.Tikhonravov) i " GSRM -X" (F.A.Zehnder design).

In 1934 he published the book "Rocket flight in the stratosphere." He supervised flight tests cruise missile "06/1", created under his leadership.

requirements for the aircraft with a rocket engine.

In 1938 he was arrested i sentenced to long prison terms. First he served his term on the Kolyma, and during World War II is involved in the creation of the Tu-2 in the Moscow bureau of the CDB NKVD in group A. Tupolev.

In 1942 was called back to Kazan in EDB engine construction plant. He developed design rocket booster for combat aircraft. He prepared work "Introduction to the issue of aircraft-interceptor jet RP" RD-1. "

In 1944, he was released by the Decree of the Presidium of the Supreme Soviet of the USSR. In 1945, he was sent to Germany included in the Technical Commission acquainted with German trophy rocketry. For the successful execution of work during the war to build rocket boosters for the first aircraft was awarded the Order "Badge of Honor."

In 1947, S.P.Korolev returned to Moscow, and took office the Chief Designer.

In 1948, he worked on improving the high-altitude geophysical rockets, created on the basis of the military ones.

In 1954 he wrote a letter to the Central Committee with a proposition to create and launch an artificial Earth satellite.

In 1955 he led the development of the first samples of spacecraft. He participated in the construction of ground testing services Baikonur Cosmodrome as one of his "customers."

In 1956 he received the title of Hero of Socialist Labor for the development of new models of military missiles.

In 1957 he led the October 4 launch of the first artificial Earth satellite. He was awarded the Lenin Prize.

In 1959 he participated in the preparation and run automatic interplanetary stations "Luna - 1", "The Luna - 2", "Luna - 3". The last transmitted photographs of unseen side of the moon.

In 1961 April 12 led the first in the history of human space a manned flight. The ship Yuri Gagarin made one circle around the planet and successfully returned to Earth.

In 1962, he had prepared the first group flight "Vostok-3" i "Vostok-4", participated in the launch of the interplanetary station "Mars-1".

In 1964, he was involved in the launch of the missile and space systems “Probe "for long interplanetary missions. He prepared and made a flight of space ship" Vostok ". He approved project missile complex" Soyuz ", developed by experts under his authority.

In 1965 he led the mission "Vostok-2", during which the cosmonaut Alexei Leonov, the first time in the history made the spacewalk . He participated in the launch of automatic interplanetary station "Luna-5", "Luna-6," "Luna-7", "Luna 8", "Venera-2", "Venera 3" aircraft "Zond-3" type of communication satellite "Molniya-1".

For outstanding contribution to the defense of the motherland and in the development of practical astronautics Academician S.P. Korolev was twice awarded the title of Hero of Socialist Labor (1956 and 1961), he was awarded the Lenin Prize (1957) i Gold Medal K.E. Tsiolkovsky

Sergei Korolev died 14 January 1966. The urn with his ashes is installed on Red Square in Kremlin wall.