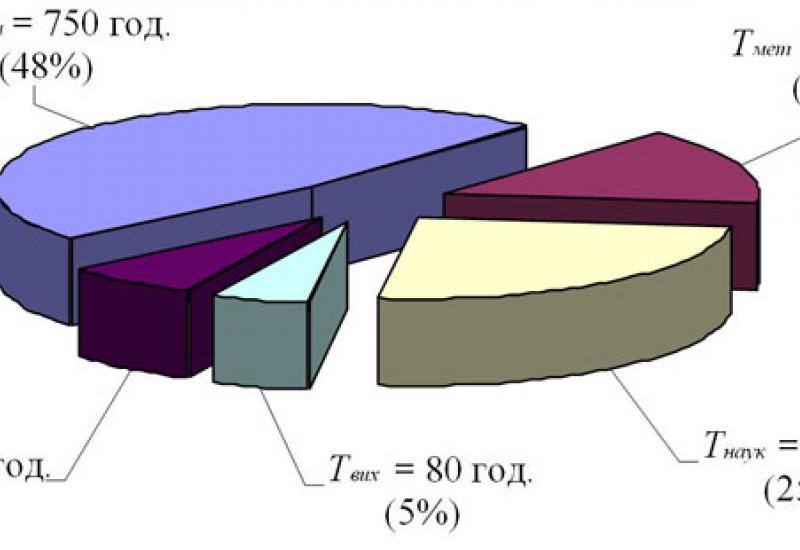 The most important criteria of the research type university are:

It's no secret that along with the teachers of the University who are actively engaged in research and methodical work, there is a certain percent of those who, figuratively, are hiding behind others, confining only the academic work in the so-called the first half of the day. Therefore, the problem of estimation of the productive activity of the scientific and pedagogical staff is quite urgent.

Introduction of rating system of an estimation of activity of scientific-pedagogical staff is provided by order of the Minister of education and science from 29.10.2007 g. No. 948.

The purposes of introducing the system of determining the rating of scientific-pedagogical employees are:

Creative essence of the educational and scientific activity of the educator is difficult to formalize, so the quality assessment activities of scientific and pedagogical employees(SPE) in recent times is carried out on the basis of qualitative criteria, the main drawbacks of which is low objectivity and the impossibility of ranking the SPE on the level of productivity. Search of the quantitative criteria for the evaluation of various aspects of scientific and educational process that serves the objective information about strong and weak side of the activities of the University, its units and employees is a necessary condition for improving its activity.

It should be noted that the main disadvantage of known methods is that the developers, seeking to objectivity and maximum consideration of various factors (including indicators of quality, scientific level, etc.), create too bulky and uncomfortable methods, burdened with a large number of questionnaires, formulas, rating sheets, etc. It causes the internal protest and rejection in direct executors: evaluate the performance of such methods is often more difficult than to perform the work itself. Such techniques are already not serving the core activities for the purpose of its optimization, and are themselves a specific type of activity. But then the question arises: who and why are they needed?

The developed method is able to represent the qualitative criteria of such activities using quantitative indicators (ratios). The system provides:

The total load of scientific-pedagogical staff for all types of work is determined from calculation one thousand five hundred and forty-eight hours during the academic year.

It should be noted that the "base distribution" is not a dogma, is only a basis for comparative evaluation of the "harmony" of labor due to the area of activity. Since, according to the "Regulations on planning and accounting teaching load of teachers" (Kyiv, "Polytechnic", 2003) quantity of work a teacher is determined (within minimum and maximum) taking into account the performance of methodical, scientific, organizational and educational work and features and structures of the discipline, as well as the number of disciplines that he teaches.

The rating of scientific-pedagogical workers is defined as the sum of the corresponding rates of implementation of the basic directions: educational, methodical, scientific, organizational and educational.

Ti – the value of time allowed to perform certain types of work,

The average value of ratings of scientific and pedagogical employees of a certain department is one of the components of the ranking of the department.

where R 1 - individual rating of the Department head.

In accordance with rector's order dated 26.06.2008 g. No. 1-96 in 2008 conducted testing of the ranking system of the SPE. The stage of definition has already finished and discussion at the departments of the ranking of the SPE, then a discussion of these results and suggestions for improving the system should be held in the faculties and institutes. On 18 December, is planned an extended meeting of the methodical Council of the University with the discussion of the experience of the system for determining the ranking of the SPE. According to the results of the discussion the working group will propose some changes in the "Position about an order of definition of the SPE rating” and in may 2009 will be offered a new version of the Regulations.

Design office of information systems is developing an automated dialog system "SPE rating". Thus, determining of the SPE ratings on the results of the 2008/2009 academic year will be fulfilled according to the new regulations and with the help of the "SPE rating".