The first flights in the sky of Kiev 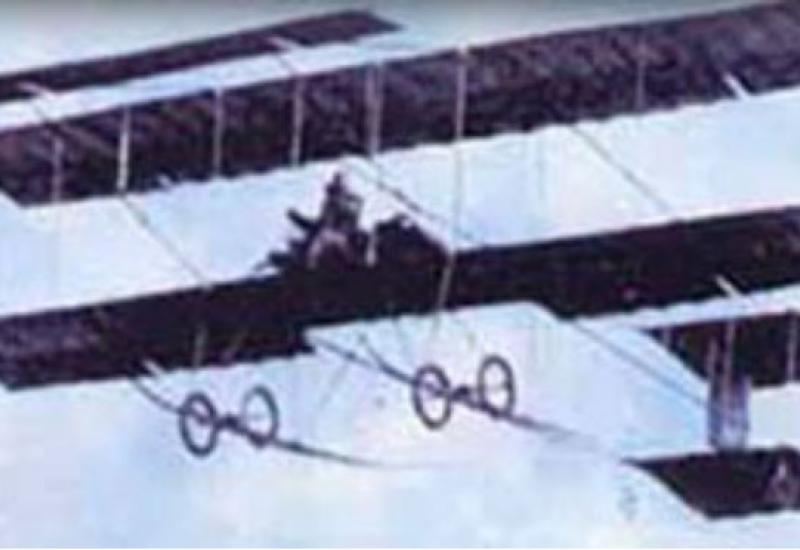 For many years, Dovzhenko garden, located on the territory of the National Film Studio, along with the architectural ensemble of the Kiev Polytechnic Institute and factories that work in these areas are the symbols of Shulyavka. However, not everyone knows what was here before the construction of the studio. This place is to some extent historical.

For decades, it belonged to the military department - here the so-called Syretska military camps were located - what is now called a military training ground. More precisely - it was the ground on the outskirts of the camp, because the landfill extended to Babi Yar and the farm Nyvky.

In 1906, the military handed over this ground to the city. The racetrack of Kiev’s incentive society, or, as it is called - Syretska race field was opened there. However, in the race field not only equestrian competitions were carried out. It was equipped for athletics, football and gymnastics. A little later there were first demonstrated to the people of Kiev airplanes’ flights.

... In the spring days in 1910 Sergey Utochkin - known throughout the Russian Empire and bicycle racer, who became an aviator - started a large demonstration tour of the cities of the country for the people who have never seen flying in aircraft heavier than air. Kiev was first in his program. Therefore, the April 21 at the race field, where they were held flights, viewers began to converge from all over the city. Soon on the racetrack and near to the highway Brest-Litovsk (now - Victory Avenue) there was a huge crowd - nearly fifty thousand people of Kiev wanted to witness the unique spectacle.

After the first flight Sergey Isaevich the people from the crowd to fly with him. There was quite a lot. As for "Farman" Utochkina was only one place for a passenger there was a queue. The weather that day, according to eyewitnesses, was gloomy in the morning, and flights were low and short-lived. Still, everyone who was the first time wash the sky, feel like a hero - much the same as Utochkin.

Paustovsky told about his impressions of these flights for many years later in his book "The Story of Life". He, like most of the Kiev gymnasium students, too enthusiastically watched the flights. The chapter "Bravo, Utochkin!" was found in the archive of the writer and published only after his death. 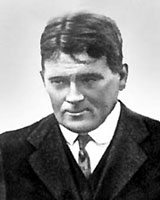 "Clumsy long box with a deafening crash climbed over the fence and flew low, swinging along the sports field. The horse threw back the head and began to back away.

Box was slowly approaching, gasoline fumes shot out of her with uniform blue cloud. The fiery red-haired man in a straw boater - a bold Russian aviator Utochkin was sitting in the box. His legs in yellow boots were stretched out.

Seeing him, a hired horse broke down and run away ... A box - the first airplane - heavily flew over us. We involuntarily ducked the heads. Boys ran after the airplane, after them holding checkers, sweaty policemen... The crowd shouted, "Bravo, Utochkin!" - threw into the air caps, whistled and applauded ... ".

Demonstration tour Utochkina by the cities of the Russian Empire for many children and adolescents was an event that has defined their whole future career. Among them - the prominent designer of aviation and rocketry Sergei Korolev, Nikolai Polikarpov, Pavel Sukhoi and many others. And for the outstanding designer of aircraft engines and academician (who, incidentally studied at KPI), and then - a fifteen-year secondary school pupil Alexander Mikulin the counting of his long and fruitful life in aviation began with that spring day when Utochkin climbed in Kiev sky.

Then one of the flight almost ended in tragedy: airplane engine stopped in the air and the pilot barely managed to land his machine. Consilium mechanics quickly established the cause of the stop - refused magneto - magneto-electric current generator for the ignition of the working mixture in the engine. Sasha Mikulin, who listened attentively to the conversation of specialists decided to offer his solution to prevent such dangerous surprises: install another, backup magneto-attached to the first shaft. The proposal was accepted, and the author for his invention was the first in the life of royalty. Moreover, Sergey Utochkin sent to Kiev realist 10 rubles from each city where he demonstrated his flights ...

A month later, on May 23 of the same year, the another aviator beginner - an extraordinary professor in the department of building art of the Kiev Polytechnic Institute, Prince Alexander Kudashev rose in the sky over Shulyavka on the plane of his own design. It was the first aircraft designed and built in Russia airplane with a gasoline engine. This engine, 35 horse power "Anzani", was equipped with a bilobed screw, which was made by students KPI Igor Sikorsky (later - an outstanding designer of airplanes and helicopters) and Fedor Bilinkin (author of several interesting structure airplanes). During the first rise in the air airplane wheel was damaged, but after the installation there were three flights more ...

... After a quarter century in the former Syrets racing fields there were built housing and pavilions film studio, which now bears the name of its director, the famous Ukrainian film director Alexander Dovzhenko. Best films of the studio are now known around the world. But let's not forget the longer history of this place - it is also worthy of our respect.