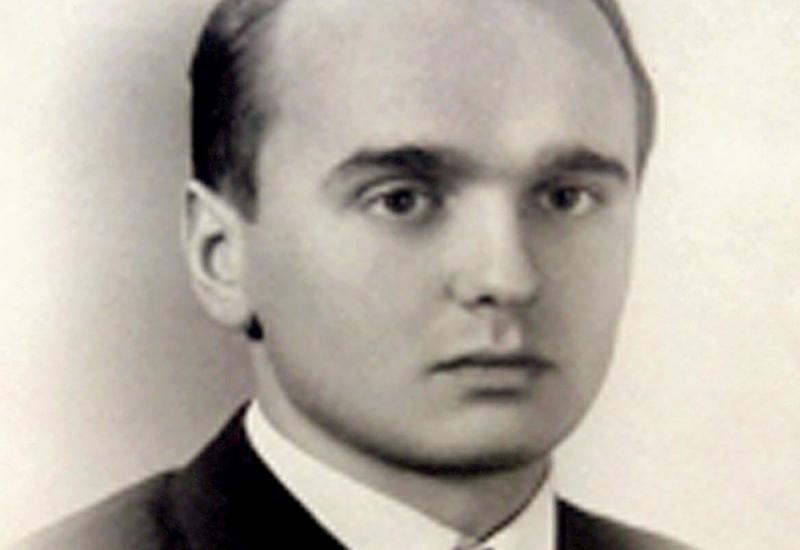 For more than half a century, the life of an outstanding scientist and talented teacher Valerii Deshko has been connected with the National Technical University of Ukraine “Igor Sikorsky Kyiv Polytechnic Institute”. In 1971 he graduated with honors from the Faculty of Thermal Power Engineering of Order of Lenin Kyiv Polytechnic Institute in memory of the 50th anniversary of the Great October Socialist Revolution. In 1979 he presented his Ph.D. thesis, and in 1993 - his doctoral dissertation. Since 1995 he has been a Professor, and since 2002 he has been the Head of the Department of Thermal Engineering and Energy Saving at the Institute of Energy Saving and Energy Management. Since 2008, his productive research in the annual competition of Igor Sikorsky Kyiv Polytechnic Institute has won the title of Teacher-researcher seven times.

Valerii Deshko is the author of more than 400 scientific papers, including 26 articles published in the scientometric database Scopus (122 citations, h-index - 8), 12 monographs, many textbooks. Valerii Deshko is one of the organizers of training specialists in energy management and energy audit in Ukraine. He is also the author of state standards in the energy efficiency of buildings and a participant in many international projects and programs.

He takes an active part in the development of energy education and science in Ukraine. Valerii Deshko is the Secretary of the “Energy and Energy Efficiency” section of the Ministry of Education and Science of Ukraine, a member of the National Committee for Heat and Mass Transfer at the National Academy of Sciences of Ukraine, a member of Technical Committee "Energy Efficiency of Buildings and Structures" of the Ministry of Regional Development, a member of two specialized scientific councils. He is also on the editorial board of three domestic scientific journals and one foreign issue.  Valerii is one of the founders and organizers of the All-Ukrainian Student Olympiad in Energy Management.

As a thesis advisor, Valerii Deshko gives talented students reasons to research work and motivates the best of them to enter postgraduate school and teach in the future. He encourages improving teaching methods, introducing new engaging topics in academic disciplines, which has become especially relevant in distance learning. He is an attentive and friendly thesis advisor who guides and assists in conducting scientific research, ready to spend a lot of his time helping young scientists. In recent years, he has prepared eight candidates for science. For example, under Valerii Deshko's supervision, Olena Shevchenko, the chief University energy manager, submitted her thesis “Energy evaluation system of educational facilities”. Her study and the proposed approaches to solve some problems are tightly connected with the University and perform practical use.

Valerii Deshko took part in licensing and accreditation of specialty Energy Management in many universities of Ukraine.

As an organizer and trainer, he got engaged in training programs and advanced training of specialists in energy. Since 2018, Professor Valerii Deshko has been a member of the Certification Commission for the training persons who want to work in energy certification of buildings and inspection of utilities (The Energy Management Training Center of the IEE).

The IEE has been working for many years to implement a systematic approach to energy saving of buildings. Under the leadership of Valerii Deshko, a relevant scientific school has been established. As a result, his wards have twice received the President Award for Young Scientists:

- in 2019, the authors of the project and teachers of the Department Olena Shevchenko, Iryna Sukhodub, Nadiia Buiak, and a senior researcher of the Institute of Engineering Thermophysics of the NASU Ihor Bozhko were awarded for “Scientific, technical and managerial approaches to improving the energy efficiency of buildings”;

Valerii Deshko is a true leader of the Department, generator, and coordinator of scientific and organizational ideas. Such a creative atmosphere stimulates the mutual exchange of knowledge and skills, supports young teachers, and involves young people in the educational process. The Department has a science club “Software for modeling energy processes in buildings”. The head is Associate Professor, Candidate (Ph.D.) of Technical Sciences Inna Bilous.  Students’ research works have been numerously awarded at national and international competitions. Valerii Deshko is the Head of the state budget project called “Scientific principles of analysis of methods to increase the energy efficiency of buildings to almost zero energy consumption”. He involves young teachers, postgraduate students, and students in the research.

As Department Head, Valerii Deshko always supports and encourages teachers and students to implement large-scale and compelling projects. Thus, in 2020, scientists of the Laboratory of Thermomolecular Energy of the IEE (Head is Associate Professor of the Department of Heat Engineering and Energy Saving V.P.Studenets) received a grant from the biggest EU research and innovation program “HORIZON 2020”. The international consortium follows the grant agreement and implements the project “Simultaneous conversion of ambient heat and unwanted vibrations into electricity by nanotriboelectricity during intrusion/extrusion of non-wetting liquid into nanopores/nanopores”. The team includes scientists from six European countries (Spain, Italy, Ukraine, Poland, Great Britain, Belgium).  Dr. Yaroslav Grosu (CICenergigune, Spain), the IPT graduate, ex-graduate student, and lecturer at the Department of Heat Engineering and Energy Saving of the IEE, ex-employee of the TME laboratory, coordinates and inspires the project.

With his hardworking, purposeful, human character, Valerii Deshko reaches new creative achievements again and again. Valerii has an indisputable authority among the teachers and staff of the Department. Students regard him as an example to follow. Besides, Valerii Deshko lives an active life and is a member of the football section of Igor Sikorsky Kyiv Polytechnic Institute veterans. He has a loving family, including four grandchildren.

The Department staff congratulates their manager and wishes him health and new achievements!

Maryna Shovkaliuk, Associate Professor of the Institute of Energy Saving and Energy Management