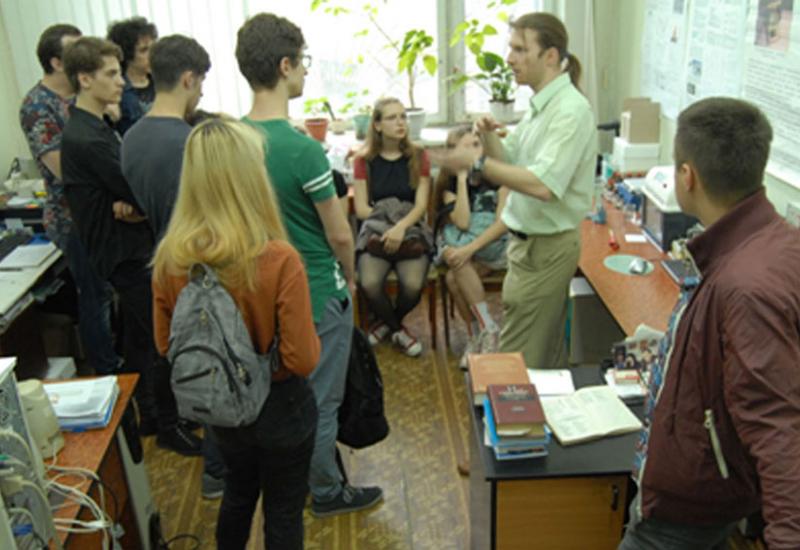 Science festivals are the world’s best format for promoting scientific and technological achievements. All-Ukrainian Science Festival is a large-scale nationwide project for the promotion of science, which is held as a part of celebration of the “Science Days” in Ukraine. The founder of the festival in 2007 became the NAS of Ukraine, which includes 170 scientific institutes.

Institute of Semiconductor Physics V. E. Lashkaryov NAS of Ukraine and Igor Sikorsky Kyiv Polytechnic Institute are connected by years of fruitful cooperation in the field of scientific research and training of highly qualified and creative young specialists, capable of providing innovative direction and sustainable development of the country’s economy, to continue the best traditions of domestic applied and fundamental science and return the honorary title of scientist, that has always been the pride of our country. One of the manifestations of such cooperation was the Cabinet of Ministers of Ukraine Award 2015 for collaborative work “Designing and Implementing of sensor control and information technology”.

As a part of this year’s Science Days, a large number of events were held for students of comprehensive schools, lyceums and students of higher education institutions. In particular, on May 22, at the invitation of the leadership of the Institute of Semiconductor Physics V. E. Lashkaryov NAS of Ukraine, this institution was visited by the second year students (gr. OF-71) of the Department of General Physics and Solid State Physics.

Physics students were showed modern laboratories and equipment that is not inferior to the best laboratories of the world:

In the laboratories, the institute’s leading specialist showed the students interesting developments, told about the work of control and measuring devices, etc. They showed the work of scanning nanosond, testing equipment for modern LED illuminators, devices for diagnosis cancer, immunological and other diseases. Students also visited a room that is a model of “absolutely black substance” and is used to diagnose lighting devices.

Such acquaintances of students with modern science are very useful. After such excursion, they begin to think about their own steps in scientific life, and specialization of the Department of Computer Modeling of Physical Processes enables our graduates to use the acquired knowledge in many field of modern science.

The world of knowledge has no boundaries and domestic scientists have been and remain our pride. Science should become the flagship of society, which will enable Ukraine to take a worthy place in the global economy and in the social and humanitarian field, guarantee national security. The Department of General Physics and Solid State Physics expresses its sincere gratitude to the colleagues of the Institute of Semiconductor Physics V. E. Lashkaryov NAS of Ukraine for organizing an interesting and useful educational event for our students.