Open house as a science festival 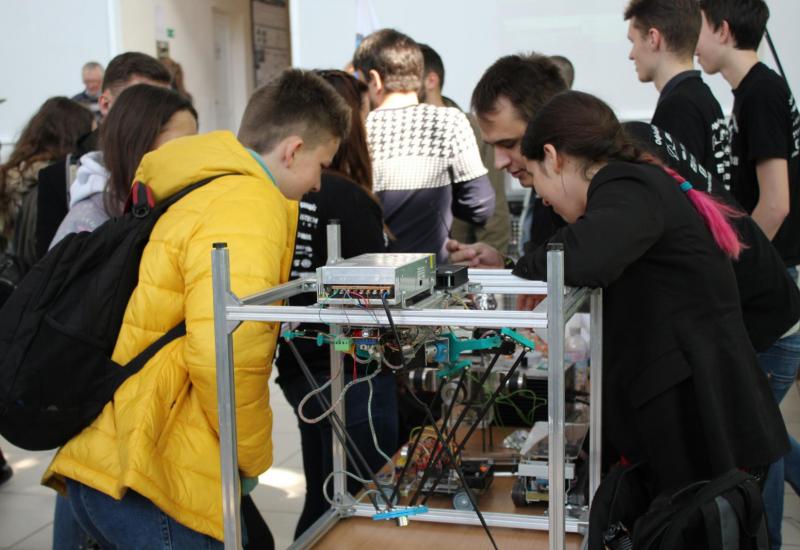 In an hour and a half visitors moved to the historic building №1 where in a well-known for every Kyiv polytechnic Great Physical Audience the teachers’ head of ZNOUA company “External evaluation without stress” Oksana Bondarenko conducted a master class for schoolchildren how to improve their emotional stability and properly prepare and successfully pass the test.

On the tribune he was replaced by the first pro-rector of the university, academician of the National Academy of Sciences of Ukraine Yuriy Yakymenko. He told the guests about the university, its scientific schools, traditions, and also focused on the possibilities to build their own educational paths within selected special fields and taking into account the introduction of interdisciplinary programs and double degree programs with foreign universities. He also informed the audience about the employment of Igor Sikorsky Kyiv Polytechnic Institute graduates. Igor Sikorsky and career prospects, which are provided by the knowledge, received in university and its diploma.

Valeriy Mozharovskiy, Deputy Chairman of the Admissions Committee, informed the future applicants about this year's entry conditions. After that, as always at such events, the communication took place in the format of questions and answers on specific aspects of the university admission process.

Further work of the Open house was held at the faculties, departments and laboratories of the university.