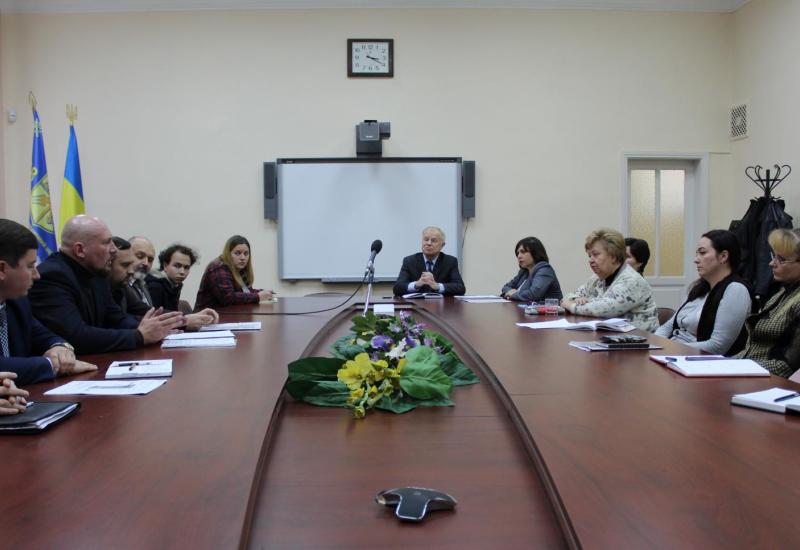 On November 1, a joint meeting of the Tender Committee and the Budget and Investment Commissions of the University took place.

Participating in the meeting were not only the members of the commissions, but also the leaders of the Student Council of the University and the Student City, as well as representatives of trade union organizations of students and employees. Consideration was given to the procurement and installation of a control and access control system for educational buildings. That is, the system, which some people call “tourniquets”, but which in fact is a whole set of technical and software tools. Actually, the decision to install such systems is taken long ago. Moreover, as the chairman of the Tender Committee Maryna Brannytska informed the participants of the meeting, this year a tender has been held that identified the winning company, which carries out works on the equipment of buildings No. 18, 7, 1 and the University's Scientific and Technical Library by these means, as well as to establish barriers with the appropriate equipment at the entrances to the territory of the campus. This is the company “OPTA FORT”. By the way, it has already established similar systems in the Ministry of Justice, the Security Service of Ukraine, Borys Grinchenko Pedagogical University and other organizations. The materials of this tender have been made public in the ProZorro public procurement system and can be accessed by anyone. Marina Branytska also described in detail the tendering procedure and how its winner was determined.

According to the head of the University's Department of Security Vadym Kondratyuk, the need for installing such systems has arisen not today. Acute problem is not only the security of students and employees, but also thefts, especially in the buildings, which stand next to the lines of high-speed tram and metro station. For example, in 2017, there were 67 applications for the theft of personal property in the University's academic buildings to the Unified Register of Pre-trial Investigations, 34 such as this year. Moreover, as Vadym Kondratyuk noticed, this is likely not all cases, since not always victims they are being declared. Today, 48 of these crimes are solved. One way to prevent theft is to install similar systems, which, moreover, not only provide controlled entry and exit of students and employees, but also allow identification of persons who have the right to access. No wonder such systems already work in many large organizations and universities in Kyiv. In addition, Vadim Kondratyuk spoke about why the above listed corps and library were selected first to establish a control and access control system.

Kostiantyn Kovalenko, General Director of OPTA FORT, also spoke at the meeting. He informed the participants in detail about the peculiarities of the system, its capabilities, technical characteristics and elements. The latter, incidentally, is very important, because the cost of the system includes not only the cost of tourniquets, but also the cost of its other components. Otherwise it can not be, because it is really an engineering system, the specification of which has 29 positions. His statement raised a number of questions from representatives of student self-government bodies, and Kosstyantyn Kovalenko also spoke about some technical aspects of the system, which also influenced the final price. Among other issues that were of interest to the participants were questions about the reliability of equipment and the timing of its operation. However, according to the director of the company, the experience of using such systems in other organizations indicates the full compliance of these parameters with the requirements of constant security assurance.
Finally, the participants of the meeting discussed issues that concerned not so much the financial problems, the peculiarities of the day-to-day operation of the system and the passage regime and conditions of automobiles’ entering of the university.