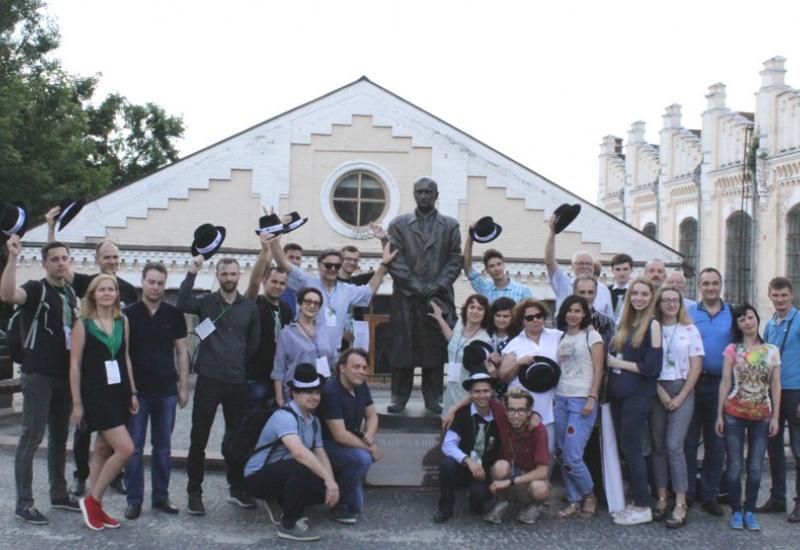 During the two days of July 5 and 6, the Igor Sikorsky KPI held events within the framework of the solemn opening of the Ukrainian network of startups-schools “Sikorsky Challenge” in 2018. This year, this event became part of the annual Sikorsky Challenge Innovation Festival.

The solemn issue was organized within the framework of the Sikorsky Challenge project model “Donbas Integration”, sponsored by the United States Agency for International Development (USAID) Project “Strengthening Public Awareness”.
Creation of the Ukrainian network of Startup Schools “Sikorsky Challenge” was initiated by the National Technical University of Ukraine “Igor Sikorsky Kyiv Polytechnic Institute”. This initiative was born not out of the blue – it was preceded by the creation of its own University Startup School “Sikorsky Challenge”, which, in fact, became the core around which soon began the development of an entire system of educational institutions in which students, engineers and scientists acquire theoretical knowledge and practical skills in creating innovative technology startups. Graduates of these schools are able not only to generate new ideas, but also to receive investments for the development of their projects and implement them.

The productivity of the idea of creating a network of such schools is confirmed by the practice of the first years of the Startup-school of Igor Sikorsky KPI: projects created by its graduates have been repeatedly celebrated at the festival of the competition of start-up projects within the framework of the festivals “Sikorsky Challenge”, which are held annually in the Igor Sikorsky KPI. Moreover, a number of developments, the authors of which at one time started their way into innovative entrepreneurship at the Startup School of Kyiv Polytechnic, have already been put into production and used in various fields. Several of the presentations were made during the solemn opening.

Considering that one of the main tasks of the network is the creation, development and support of startup companies in different cities of the country, one can hope for a significant increase in the number of Ukrainian high-tech startups, which will ultimately contribute to the improvement of the domestic economy. At the same time, a certain emphasis is placed on the deployment of Startup schools, primarily in the eastern regions of Ukraine, which, in connection with the known tragic events of recent years, require innovative transformations in the narrow-technological, and in the socio-managerial sense.
“We have focused on the eastern regions of Ukraine. So today four universities from Luhansk and Donetsk regions are represented here, - said the rector of the Igor Sikorsky KPI, Academician of the National Academy of Sciences of Ukraine Michael Zgurovskyi, congratulating the network alumni. - Over the last year we have been able to prepare more than 280 researchers and inventors from these regions in Startup Schools that are part of our network. Similarly, Innovators from the central and western parts of Ukraine study in Startup schools - they have prepared more than 320. Altogether, our number of our graduates is more than 600 people”.

What might be new, promising startups were clearly demonstrated by the pitchers of the network of school graduates, which, in fact, were the main point of its release program. Consequently, within its framework, more than 25 startup projects were presented on a wide variety of topics - from the creation of the Internet for domestic pets and chitbot to quickly booking tables in cafes and restaurants to enhance the protective functions of modern body armor, control and monitoring of climate microclimate hothouses, mobile glass collection service, metal, paper and plastic, obtaining mineral fertilizers from waste water treatment, etc.

“Ukraine has a lot of resources that it can use to ensure its growth and prosperity, but the most important of them is the innovation, enthusiasm and innovative potential of its young entrepreneurs,” said the Deputy Head of the Mission to USAID in Ukraine John Pennell during opening ceremony of the Startup Network School. - You probably know that Ukraine has already gained world reputation as an innovator country. One reason for this is that it has such universities that have a perspective vision that looks to the future. Among them, of course, should be called the Kyiv Polytechnic Institute. Because these Ukrainian higher schools encourage their students to create, implement ideas and innovate”.

During the summing up of the release, in addition to the traditional training for successful completion of the training, participants also announced ten winning projects, which, according to the head of the Sikorsky Challenge Startup School Network project and the co-authors of the Innovative Ecosystem Sikorsky Challenge, Inna Malyukova will automatically become finalists of the start-up competition within the framework of this year's Sikorsky Challenge 2018 Innovation Festival, which will be held at the KPI in October this year. Their authors were also presented with “Sikorsky Hats”, an unchanging attribute, and, according to legend, the talisman, with whom a great innovator of the twentieth century never forsaken, is a traditional talisman gift for school graduates wearing his name. The same hats were “fortunate” and were also received by the heads of “Sikorsky Challenge” schools.

Well, also traditionally, the winners were photographed near the monument to Igor Sikorsky.