The winners of the KPI Talents Contest 2018 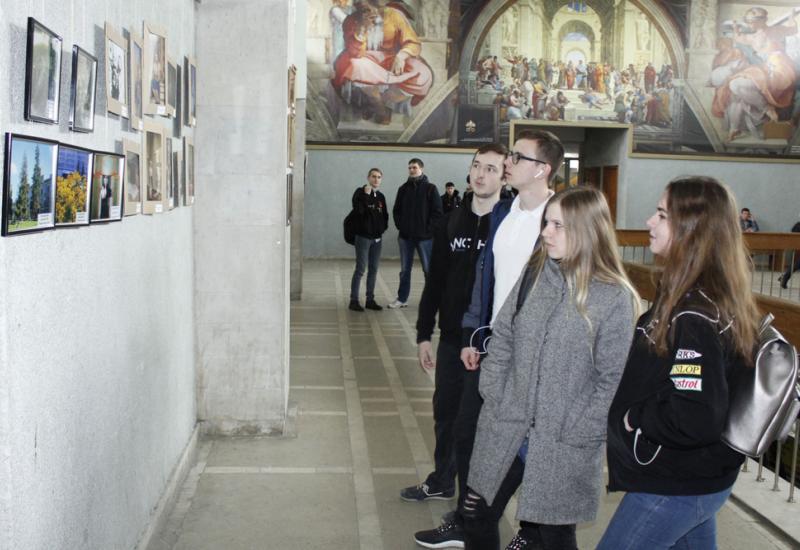 On May 16th, in the exhibition hall of the academic building №7 was the closure of the second part of the KPI Talents Contest 2018 where 45 participants presented about 180 works in the genie of photography and computer graphics.

Students, lecturers, scientists, and university staff participated in the contest devoted to the 120th anniversary of Igor Sikorsky Kyiv Polytechnic Institute. The photo contest has revealed new names and contributed to the activation of Kyiv Polytechnics' artistic creativity and cultural growth.

According to the decision of the competition jury, the winners were the participants whose works were distinguished with the greatest content, originality and professionalism:

"For the best series of works "KPI Towers" – Igor Mikulonok, professor of the IHF;

"For the versatility of the KPI sights depiction" – Oleg Kyrnitskyi, the leading engineer of the Department of Theoretical Electrical Engineering. FEA;

"For the originality and imagery in photography" – Nataliia Zhdaniuk, assistant of the department of the HTF;

"For professionalism and meaningfulness in photography" – Oksana Goy, engineer of the RTF;

"For the emotional component in the KPI life depiction " – Tetiana Avdieieva, lecturer of the FMF;

"For the best triptych "KPI Types" – Hanna Martynenko, assistant of the Department of Descriptive Geometry, Engineering and Computer Graphics of the FMF;

"For the sense of aesthetic taste in the KPI depiction" – Volodymyr Ihnatovych, editor-in- chief of the newspaper "Kyiv Polytechnician";

"For the best computer graphics" – Olga Lebedieva, senior lecturer of the Department of Descriptive Geometry, Engineering and Computer Graphics of the FMF.

Pro-rector of teaching and educational work in Igor Sikorsky Kyiv Polytechnic Institute, Petro Kyrychok awarded the winners diplomas. The rest of the contestants were thanked for the participation in the contest.