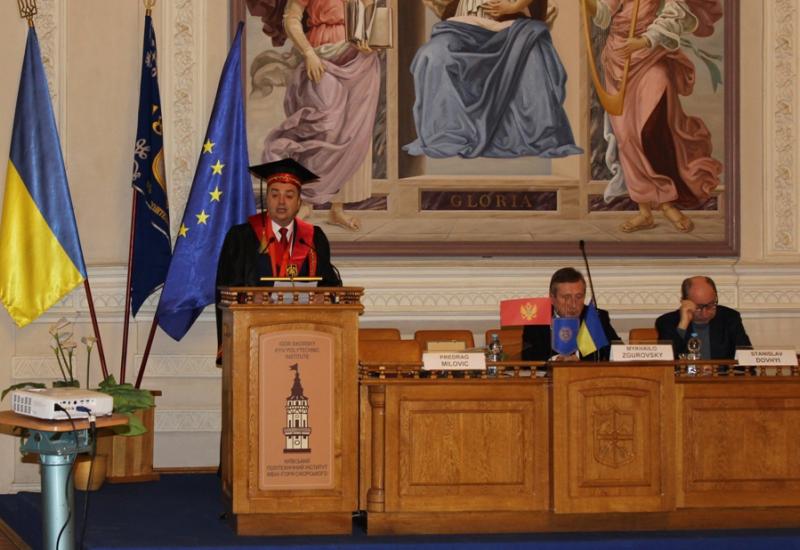 Predrag Milovich was born on February 20, 1971 in the city of Nikshych. He received primary and secondary education in his hometown, continuing his studies at the Belgrade University, the faculty of Economics.He graduated from the postgraduate study in management at rhe same faculty.

In the early nineties, Predrag Milovich became a co-founder and co-owner of the Montenegrin-German company Cairos-Stern. A few years later, in 1995, he created his own independent engineering company in the construction industry.

In 2001, the company expanded its activities and undertook design development and planning of construction of important facilities for Montenegrin and foreign investors. Since 2004, it has also started working in the field of information technology. Predrag Milovich became the co-owner of the software (software) of the Credit Bureau, which received the highest appreciation of the World Bank at the Business Forum in 2010 for innovation and quality. Currently, the headquarters of the company is located in the city of Nikshych, its subdivisions work in the cities of Budva and Podgorica, and business projects are implemented in many countries of Europe and the world.

Predrag Milovich, together with the Honorary Consul of Montenegro in Ukraine, Stanislav Dovhy, actively supports business, cultural and friendly relations between Ukraine and Montenegro, he participated in the conceptual realization and sponsorship of several cultural projects in Ukraine. Among them - the opening of the monument to the outstanding Montenegrin poet and statesman Peter Negosha in Ukraine (it was installed on the territory of Igor Sikorsky Kyiv Polytechnic Institute y) and Taras Shevchenko in the capital of Montenegro in the city of Podgorica. Among others, the opening of the bell tower of St. Basil Ostrozky in the territory of the National Technical University of Ukraine " Igor Sikorsky Kyiv Polytechnic Institute ", the church of St. Nicholas, the patron saint of the university, the initiation of international projects in the field of education. Also, Predrag Milovich was a sponsor of the exhibition "Ukraine Today" in Nikshych on the occasion of the Independence Day of Ukraine, which was attended by ambassadors and diplomats from Azerbaijan, China, Greece, Poland, the USA, Hungary, UNICEF.

This part of the meeting of the Academic Council was completed with a small concert performed by Femiy Mustafayev and the bandura trio.