The first IoT laboratory in the Ukraine was launched 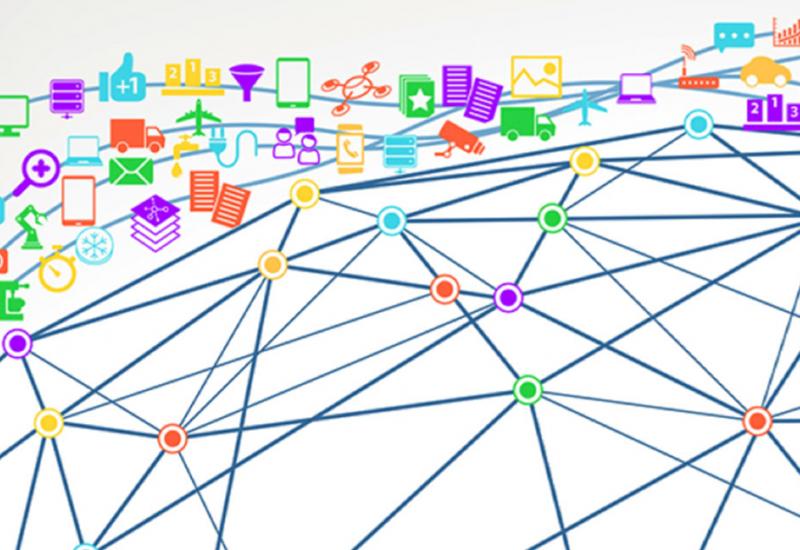 June 27, 2017. The mobile operator lifecell and IoT Ukraine have created the first in Ukraine Internet of Things laboratory on the basis of the National Technical University of Ukraine "Igor Sikorsky Kyiv Polytechnic Institute ". Equipment for demonstration and testing was provided by Cisco.

On June 27, at the Institute of Telecommunication Systems of Igor Sikorsky KPI was launched an innovative site with special equipment that will enable students to get acquainted with the latest technologies in the Internet of Things. In the Internet of Things Laboratory, students and developers will be able to obtain data on the world experience of IoT distribution, study in depth the various technologies of the new service, create and test their own applications and sensors, and use ready-made products for commercial and social projects.

Equipment for working with IoT is installed in the Institute of Telecommunication Systems of the Igor Sikorsky KPI on the basis of telecom laboratory lifecell, which has been operating in ITS for more than a year and enables future communicators to acquire practical skills in modern telecom equipment, up to the organization of the local mobile operator.

Internet of Things services provide more than 100 working networks in 60 countries around the world, in all continents of the globe. In 2020, according to various estimates, around 21 to 50 billion connected devices are expected around the world. The main areas of application are solutions for the smart city, smart home, car industry, health care, care for the retired people, agriculture, environmental control, industrial sector, postal services, transportation and much more.

Lifecell - Ukrainian operator, which provides true freedom of communication, primarily through high-speed mobile Internet. With the help of affordable 3G + Internet, lifecell opens up modern mobile communication opportunities for all categories of users, regardless of age or technology knowledge.

100% of the operator's shares belong to Turkcell, a Turkish provider of convergent telecommunications and technology services. The lifecell network covers the territory where 99% of the Ukrainian population lives. As of the end of the first quarter of 2017, the active subscriber base of lifecell is 8.9 million users.

As a date-operator and market leader in penetration of smartphones and 3G-devices, lifecell offers tariffs and services that are most convenient and beneficial for users of "smart" devices.

Lifecell - is the only operator deploying the 3G network based on modern 3G + technology, which is the latest achievement in 3G development and is capable of supporting a maximum download speed of up to 63.3 Mbps per second.

Cisco - the world leader in information technology, since 1984 contributing to the development of the Internet. Our employees, partners and developed solutions provide secure connections, helping to take advantage of the digital technologies of the future today.

Cisco is the market leader in the Internet of Things, is actively involved in the creation of wireless networks of the new LPWAN within the framework of the Lora Alliance. Developments in this direction will allow solving many practical problems - from data collection from sensors of housing and communal services accounting to environmental environmental parameters not only on the scale of the city, but all over the country as a whole. The openness of standards and protocols helps to involve all market participants, including small companies and start-ups, in creating demanded applications both in Ukraine and outside its borders.

You can find out more about the solutions, technologies and current activities of the company on the sites www.cisco.ru and www.cisco.com, and also in @Cisco Twitter.

The National Technical University of Ukraine "Igor Sikorsky Kiev Polytechnic Institute" (Igor Sikorsky KPI) was founded in 1898. Over the years, almost 370,000 specialists have been trained, of which more than 60,000 are trained during the years of Ukraine's independence. Igor Sikorsky KPI is among the 4% of the best universities in the world according to the international ratings of QS and Webometrics and is one of the largest educational institutions in Europe. It trains about 20,000 students, graduate students and doctoral students, including foreign students from the near and far abroad. In the Igor Sikorsky KPI has 19 faculties, 9 academic and research institutes, several research institutes and scientific centers. Bachelors, specialists and masters, candidates and doctors of science are trained. Among the teachers of the Igor Sikorsky KPI - more than 500 professors and over 1,300 associate professors.

IoT Ukraine -  IP Ukraine (Internet Things Ukraine)was established in May 2017. The company plans to develop a national project for the introduction of a broadband IoT network of low power in all directions of the economy and the social sector. "Internet Speech Ukraine" is developing its platform on the basis of the technological standard LoRaWan. The LoRaWan standard is actively promoted by the international association LoRa Alliance.

The LoRa Alliance -  is an open, nonprofit association that has grown to more than 400 members since its inception in March 2015, becoming one of the largest and fastest-growing alliances in the technology sector. Its members are closely collaborating and sharing their experience to promote the LoRaWAN protocol as the leading open global standard for secure, carrier-grade IoT LPWAN connectivity. With the technical flexibility to address a broad range of IoT applications, both static and mobile, and a certification program to guarantee interoperability, LoRaWAN has already been deployed by major mobile network operators globally with wide expansion anticipated in 2017.

The technology used in a LoRaWAN network is designed to connect low-cost, battery-operated sensors over long distances in harsh environments that were previously too challenging or cost-prohibitive to connect. With its unique penetration capability, a LoRaWAN gateway deployed on a building or tower can connect to sensors more than 10 miles away or to water meters deployed underground or in basements. The LoRaWAN protocol offers unique and unequaled benefits in terms of bi-directionality, security, mobility and accurate localization that are not addressed by other LPWAN technologies. These benefits will enable the diverse use cases and business models that will grow deployments of LPWAN IoT networks globally.