Applied geometry and design in the reports of scientists, postgraduates and students 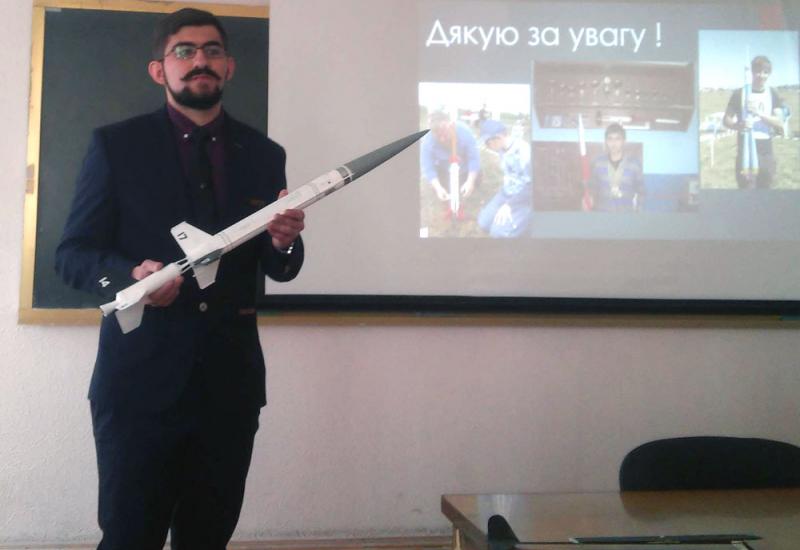 The conference brought together 126 authors, including 17 doctors of science, 31 PhD, 50 students (including one foreign student who is the Bachelor from Iran), a member of the Junior Academy of Science who is a student of specialized school №254, and also 15 postgraduate students and researchers in applied geometry and computer science from different faculties and institutes of Igor Sikorsky Kyiv Polytechnic Institute. In addition to this, the conference was attended by students and postgraduates from fourteen universities and two academic research institutions of Ukraine.

The conference was opened by Dean of the Faculty of Physics and Mathematics, Professor V.V.Vanin. In his speech, he emphasized that knowledge, intelligence and perseverance of the participants in finding solutions to scientific, technical and economic problems of modern society are the guarantee of a prosperous future  development of our country. Moreover, the Dean of  FMF pointed out that applied geometry as a science creates a scientific and technical basis for modelling various objects, phenomena and processes from engineering and architecture to biology and medicine.

Indeed, the range of scientific topics and fields of engineering in which the participants conducted research and made innovative propositions based on geometric modelling was very broad. It included a modelling of multiparameter processes, the aircraft building, space industry, shipbuilding, metallophysics, welding, renewable energy, drilling, regenerative medicine, architecture, additive technologies, agricultural appliances and many other important topics. All the reports were rich in content, focus on innovation, creative research and intelligence of our future engineers. It should be added that not only our students but also our future replenishment – schoolchildren – made their reports on relevant topics at the conference.

The first speaker was Professor Yu. M. Kuznietsov. Using geometric images and prototypes, he showed the evolution of technical ideas from simple tools for hunting – a stone (a point), a hunting spear (two points) – to the latter-day universal workbenches and interplanetary spacecrafts. As Yu.M. Kuznietsov said,  the basis of such development is geometry: "It is a ruler of all human mental activities". This statement gave an energetic start and creative zeal to all the reports of the conference.

According to the conference results, a collection of 75 articles placed on 315 pages was published.

This collection is opened with an article of two prominent scientists - Academician of the Higher School Academy of Sciences of Ukraine, Professor A.V.Pavlov and Professor V.V.Vanin – which is called "Fundamental and applied aspects of descriptive geometry".  It analyses the aspects and causes of rapprochement of two sciences - differential and descriptive geometry. This process is inevitable and it is an urgent need of the current stage of science and technology development. It results in gradual creation of a new scientific direction, i. e. applied geometry of lines and surfaces. Depending on the geometric nature of the engineering problems, it develops appropriate generalized research methods using  continuous and discrete geometric modelling as well. However, unfortunately, the rapprochement of two sciences has not already taken place in educational system of the universities with physical, mathematical and technical specialization. The students continue to study both disciplines  separately. Thus, despite the need for the specialists on aforementioned problems, there is no developed educational program on applied geometry of lines and surfaces for them.

By the way, the last one of abovementioned reports was prepared by an Iranian  student who arrived from to study in Kyiv and was successful in presenting his work in Ukrainian.

Among the conference participants there were not only students but also our future replenishment – schoolchildren. For example, student of the specialized school number 254 M. Dovhopolyi (Kyiv) made a report on "Analysis of hydraulic throttle performance based on the bimetallic drive", which gave the results of the co-work with a supervisor,  senior lecturer of MMI I.V.  Nochnichenko. These results allowed to determine the static characteristics of a bimetallic hydraulic throttle drive. They can also be successfully applied in the development of automatically controlled shock absorbers hydraulic throttles to stabilize their performance.

The report of KPI student V.Yu. Yakimenko "The modelling of joints of  the Soyuz-U2 rocket in rocket modelling", prepared in co-authorship with lecturer of the chair of descriptive geometry, engineering and computer graphics O.M.Vorobiov, PhDs of Tech.Sc O.O.Holovа and Yu.V.Lazarchuk-Vorobiova, also evoked  great interest of the audience. It was devoted to the creation of a solid correcting nozzle 3D-model and the construction of the Soyuz-U2 in rocket modelling. The report has clearly, profoundly and successfully demonstrated a new way of construction and production of the units for rockets in rocket modelling sport. This way allows to ground three rocket stages with the help of parachute system and then run them again. It is interesting that one of the models of such rockets was successfully demonstrated to the conference participants by the speaker. We would like to note that it was chosen to be presented in the world championship on rocket modelling sport, which was held on August 23-29, 2016 in Lviv. Ukrainian team has won the title of the absolute world champion, having won 12 medals. Being a member of a junior team, the speaker represented the models of his own construction and production.

We wish the organizers of the scientific and practical conference, lecturers of chairs and students who have creative vocation and who are full of promising new ideas to make new creative and scientific achievements!