KPI team for sport competition is the winner of Ukrainian championship 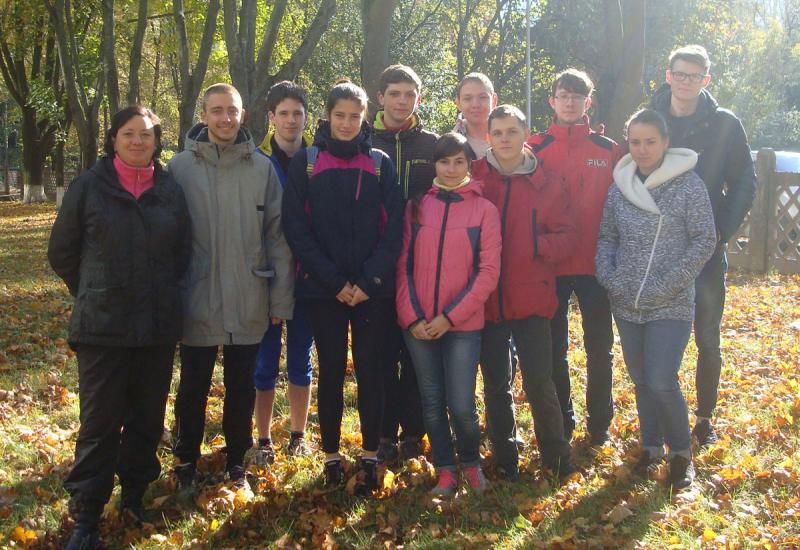 Sport orienteering is a very exciting kind of sports. It requires tremendous physical and intellectual training. Athletes must acquire endurance skills, patience to learn and master a variety of activities on the way to victory. Also the important ingredients for success are velocity of thinking and attention, because these factors help the participants to win prizes.

During the season of 2015-2016 the KPI sportsmen took part in local, Ukrainian-wide and international competition. They showed good results and returned home with awards. There are champions on the competition in Kiew, their name are :Olexander Kochin (FTM), Olexy Uskov (VPI), Darya Chernenko( HTF), Eugene Lukazkiy (FAKS), Vladislav Kirichok (MMI).

There was a championship of Ukraine of Sport orienteering  in September in Chernivezka region. Alina Krimzeva (HTF) was the first who finished in the middle and long distance and she became a winner. Among junior Mihailo Afanasiev won third place for three days of competition of Ukraine championship

There was a Ukrainian-wide competition in Kyiv in October which called Kyiv-Open. Olexander Desyatnik (TEF) won silver medal junior group,

In the international sport orienteering competition which dedicated to the memory of Afghan soldiers, Hero of the Soviet Union Oleg Onishchuk, Mikhailo Afanasiev won II place in long and middle distances.

At the Ukrainian-wide competition "Goloseevska autumn" in Alexander Kochin took the third place, Alexander Foreman was the second.

In March in Kherson region, in Tsyurupinsk town, was passed the personal championship of Ukraine. Inna Poberezhets  performed well in the categories juniors, pointing in the middle distance the fourth result.

In April in Lubny was passed the championship and the Ukrainian Cup. In the four distance the students of NTUU "KPI after Igor Sikorsky" – O. Desyatnik, A. Krimzeva, I. Poberezhets were represented the team from Kiev. Junior varsity team of Kiev, composed of Alexander Desyatnik, took the third place. In the individual competition A. Krimzeva came in second place, middle-distance, she ran with the best result.

At the may holidays in Kharkiv was held the traditional competition "League of the Compass." During three days the athletes competed at distances of varying difficulty. Our girls represented our University good. In the group of juniors Inna Poberezhets took first and second place, silver and gold medals were awarded to Alina Krimzeva.

In the beginning of this academic year in Kyiv was held  the championship of Ukraine in orienteering on bikes . The first place was won by A. Desyatnik.

In November our athletes took part in competitions Kyiv-Open. According the sum of the two days of the program, the student FTI Kochin Alexander won bronze medal.

In November in the Kiev region passed the championship of Ukraine among University. The team of our University was represented by A. Krimzeva, I. Poberezhets, V. Drozd (HTF), G. Nikolaenko, and D. Blanuza (FIOT), A. Kochi (FTI), M. Afanasiev, A. Cotonou (FEA), V. Kirichok (MMI), A. Sitchenko (FBMI), M. Gorodetsky (TEF).

The middle distance among women Alina Kremleva finished 6 km with a bronze medal; Ruslan Nikolaenko won the bronze among the men, breaking the track at 7 km on the second day of competition at the extended distance of 17 km Ruslan became the fourth, also the fourth was Alina Krimzeva at the distance of 14 km among women. At sprint distance 4 km Alina stopped a step before the awards – with the 4th result.

According to the sum of the scores for the three types of the competition among the universities of Ukraine in orienteering the third place was won by Sumy NU, NTUU "KPI after. Igor Sikorsky" won the second place, III place – Chernivtsy NU.

With the support of the Department of sports development, Department of educational work of NTUU "KPI after. Igor Sikorsky" manual of HTF, VPI, FEA ,FTI, MMI, TEF, FIOT, FBMI, athletes team orienteering  represent our University in the Championships of Kiev and Ukraine.