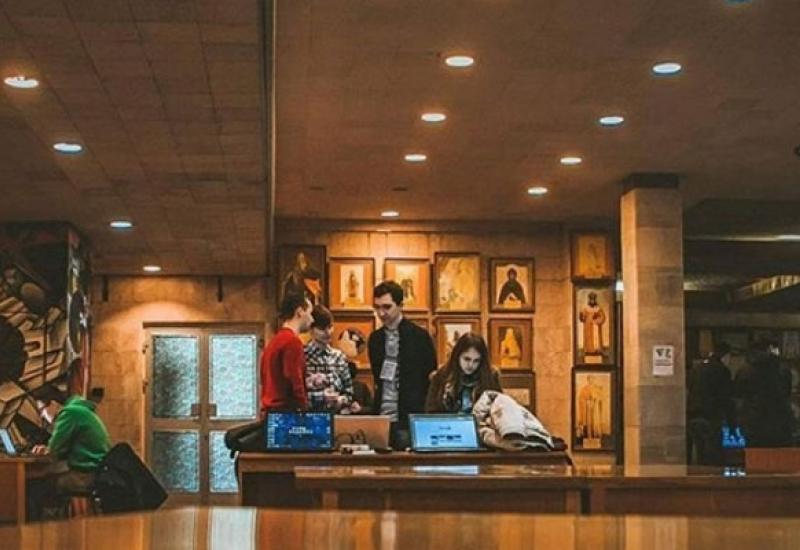 Every week I look forward to a new issue of the Kiev Polytechnic newspaper. I, being a KPI graduate of the Faculty of Electrical Engineering have found it always interesting to read about news of science and technology, outstanding scientists who worked and studied at the institute, history of our higher education establishment, and its links with polytechnicians of other countries. Besides, the newspaper highlights sport and art events which take place in our university.

I happened to be that over the last 50 years I have been working for KPI, I have never written for the newspaper and now I felt such ​​a need to do that.

More than four years art evenings devoted to outstanding people of history and culture of Ukraine and Poland are held in Scientific and technical library of our university. Together with the manager of fund of rare and valuable editions Marina Miroshnychenko I act as the moderator of these evenings. I will dare to claim that such evenings make great success. Graduates of KPI of different years, students, school students attend them. We, being moderators, always feel interest of visitors, we are listened carefully and always after events they ask: and who will be the next person to be discussed about?

What causes the greatest interest? In my opinion, evenings devoted to outstanding people of the history and culture, the real patriots of Ukraine and Poland, this is the answer. Reports about hetmen Bogdan Khmelnitsky, Ivan Mazepa, Kirill Rozumovsky, about the genius Taras Shevchenko, Lesya Ukrainka, Iván Franco had many responses from those who attended the evening and those on social networks on the Internet. I can't but call also Polish figures that were the reports devoted to. These are such outstanding scientists as Nicolas Copernicus, Maria Sklodovska-Curie, the music genius Frederick Chopin, the writer Henryk Sienkiewicz, the outstanding political and military figure Tadeush Kostiushko, princes Branitskiy and Radzivilly.

Presentations were successfully supplemented by demonstration of slides and an exhibition of books and publications of the corresponding subject in mass media. The evening devoted to Lesya Ukrainka was filmed to broadcast on television, and “Kyiv Polytechnic” newspaper regularly says about art evenings and has advertisement published.
I express gratitude to all fellow workers of the university who put their efforts to make our art evenings successful. First of all to the management of university – the first pro- rector of NTUU "KPI" Yurii Yakymenko, the pro-rector for scientific and pedagogical work Petro Kyrychok who, by the way, often attends evenings and recently handed in a gift from KPI to Ivan Franco's grandson - Roland.  The deputy director of the Ukrainian and Polish Center of NTUU "KPI", Anna Bidnyuk cooperates with us. The evenings broadcast on television and in the press was carried out by the head of department of technical means of training, Victor Lazarenko and the editor-in-chief of the university newspaper, Vladimir Yankovyi. And, at last, sincere gratitude to all people who came to library to hear stories about real patriots of Ukraine and Poland.

In September we start a new season of our cultural evenings. Everyone is welcomed!