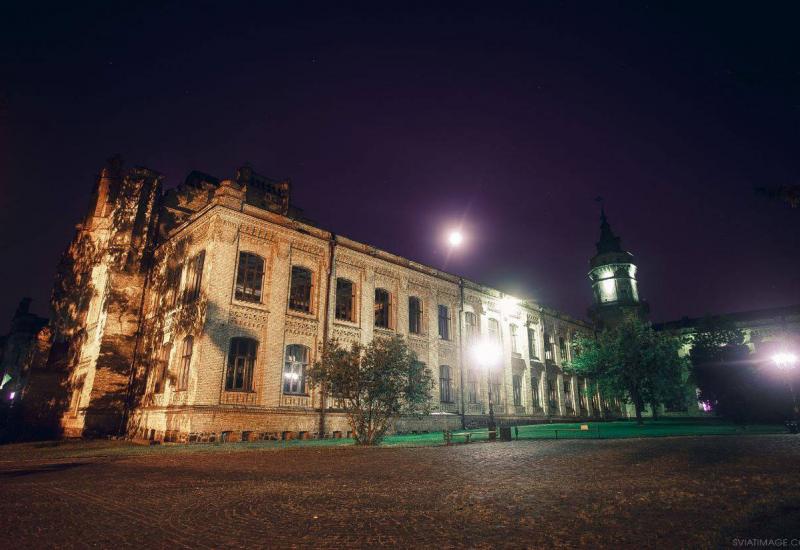 A lot of renowned people have left an imprint on the Kyiv Polytechnic Institute during its more than a hundred years’ history. People always want to know more about their predecessors. A year ago the “Komsomolska Pravda” told about the tours at the university eagerly visited by polytechnic students and all those interested in their native land’s history and history of science and technology. New sightseeing tours were launched at the KPI this spring. These were for schoolchildren and kids and immediately became popular. The young day dreamers were invited to take a trip to the country called Polytech. Perhaps, real life stories about inventors and their inventions heard during a walk in this historic place, will turn to grains in the young dreamers’ hearts which will sprout and bring the curious youth to the ranks of polytechnic students and then to the technical elite.

A reporter of the “Komsomolska Pravda” also visited the children’s program. The  excursion is built in the way to resemble a journey to an old good fairy tale, the only thing left for us to do is to take a closer look around. Here at the square near the museum are bronze figures of two kind wizards – great fanciers who made their dreams come true and gave them to people. Portrayed with his trademark hat, I.Sikorsky turned a dream about a flying room to reality and constructed the helicopter which not only the magicians from a nursery rhyme can fly. The machine does a lot of useful work, it can reach hard-to-get places and rescue victims. On the 6 building’s roof you can find Karlsson’s house. There is also a tank which at the time of the great war surpassed powerful “Tigers” and “Panthers” and a welding seam on the armour  developed by E.O.Paton – a wizard with a magic wand(electrode). His son, also a wizard, B.E.Paton started welding living tissue and thus made medical surgeries less traumatic.

The first computer in the continental Europe was invented by S.O.Lebedev. Due to the heat overload the machine occupying a whole room went down just as the roof of the building did which resulted into making a new one. Sergii Oleksiiovych came from Moscow to Kyiv despite all the hesitations, having left things to chance and the short match which stood for a decision to go. All scientists are wizards to some extent, yet still they must know the language of math. It was M.P.Kravchuk’s opinion who taught future inventors. The sound of locomotive wheels can also be explained with the help of mathematical formulas.

What are knowledge of the world and education derived from? Books. Here is a sculptural pile of folios – steps to knowledge. An engineer is  a builder, a day-dreamer with a wealth of knowledge. People have long desired to fly at first over the ground and then to the space. The world's first artificial satellite was created by S.P.Koroliov, a graduate of the KPI. Nowadays, the nanosatellite "PolyITAN-1" created at university sends signals from the depths of the universe. And today’s excursionists will undoubtedly have a possibility of flying to the Moon or Mars.

Not only people at the KPI have magical abilities but trees also do. Catalpa reconciled monkeys and elephants who had argued what its fruit looked like – trunks or tails. Or maybe noodles? Ginkgo biloba, a tree  that can remember dinosaurs, serves a symbol of  two hearts’ combination. Its leaves which are similar to a fan can be of a good use in pharmacopoeia. Perhaps, had Pushkin studied at the KPI, he would have devoted his poem not to the oak on the seashore but to ginkgo: the ginkgo biloba at the KPI is an attraction for my eye.

Such famous people of art as O.Skrypka, V.Troitsky, O.Lisovets and others studied at the KPI. That is why “Kraina Mriy” festival originated here – the place where artwork unites day-dreamers.

During May and June especially a lot of school groups and kids took part in guided quests at the KPI. In this way representatives of enrolment board in the Heat-and-Power Engineering Department familiarized all the willing with the university regarding such events as a form of career guidance. The parting words of the first rector V.L.Kyrpychov about future engineers capable of dreaming, inventing and implementing ideas come true even today. Talented and curious youngsters come to the university and being inspired by its splendor and glory they multiply its traditions and recognition in the world.