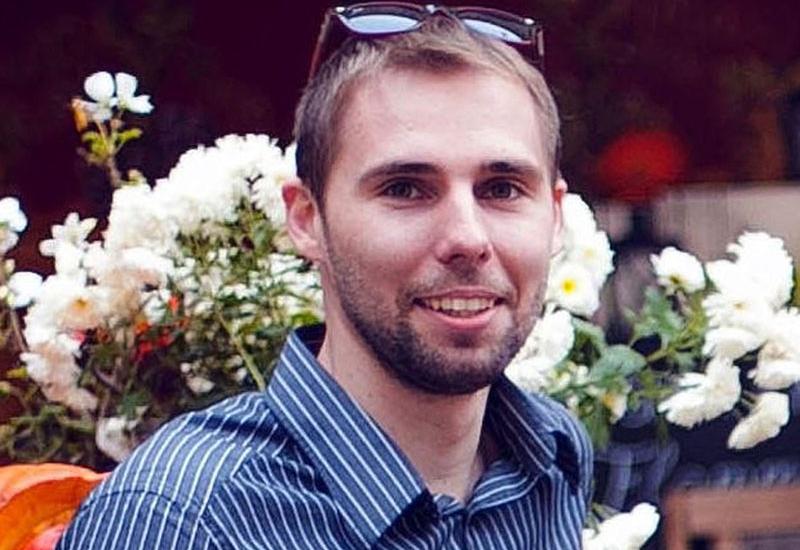 Among the young scientists awarded by certificates of NAS Ukraine for achievements in the development of important scientific problems in 2015, the name of Sergey Ihorovych Kostyk - Ph.D., assistant of department biotechnology and engineering FBT is also called. His path to recognition – so typical as dozen of colleagues at the university, but he is marked for perseverance, diligence and deep scientific research.

Graduate of Bioengineering Department and Engineering of "KPI" 2009, Master with "distinction" in specialty "Equipment pharmaceutical and microbiological industry", Doctoral degree studies in the Institute of Engineering Thermal Physics of NAS of Ukraine, working as scientific employee in the department of heat transfer in disperse systems from September 2009, defence of a thesis "Technical thermal physics and industrial combined heat and power" in December 2014.

Today he works in KPI and investigates heat and mass transfer and hydrodynamics in devices of pharmaceutical and biotechnology industries, he is interested in saving energy technologies, alternative energy sources, processes of dehydration (concentration) of temperature-dependent materials and processes in which the method of discrete input pulse energy is implemented. The creative legacy of S.I. Kostyk is 18 scientific and technical papers, 11 patents of Ukraine and more than 30 abstracts at national and international professional conferences.

The work which is marked by a competition of NAS of Ukraine, devoted to the issue - the study of heat transfer and hydrodynamics in the dehydration of temperature-dependent material class in rotary-disk film evaporator, the results of which can be used in the design of pharmaceutical, biotechnological, food processing industry equipment.

Producng of drugs, microbiological manufacturers, food additives, processing biopolymers on the plastic products and etc., their solutions are subjected to dehydration (concentration), it requires special equipment that allows to hold the dehydration under aseptic conditions at low temperatures. Dehydration (concentration) of temperature-dependent class products today is quite a challenge, as it is necessary to consider of a number of physical parameters. As part of the cooperation agreement between the Department of Bioengineering and Engineering of "KPI" and the Institute of Engineering Thermal Physics, NAS of Ukraine experimental studies on engineered stand equipment were conducted, making it possible to obtain concentrated microbiological solutions with a high yield of viable cells.

It should be noted that Scientific School "Modeling of physical processes of the pharmaceutical and biotechnological equipment" works in the Department of Bioengineering and Engineering, the mathematical and computer modeling of heat transfer and hydrodynamics in the concentration of temperature-dependent solutions were conducted as part of the work by modern packages as ANSYS, SolidWorcks and MathCad. 9 articles were published according to the conducted research in professional journals of Ukraine, it was received the one patent for an invention and the second patent for a utility model, the work has been tested on eight international conferences.

The award to young scientist – is not only his success, but also the result of systematic purposeful work of the department in encourage and support of young scientists. And also is an incentive to new achievements.