The protest of teachers 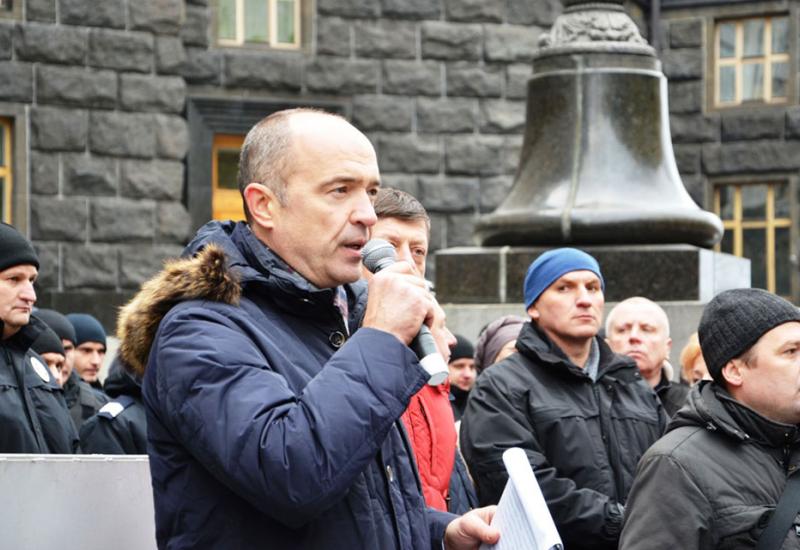 1 November 2016, educators in the capital staged a mass protest action under walls of The Cabinet of Ministers of Ukraine and the Verkhovna Rada of Ukraine against the «draconian» increase of tariffs for housing and communal services.

Active participation in action was accepted, and the staff and students of NTUU «KPI after Igor Sikorsky». A column of representatives of the University headed by the Chairman of the trade Union of employees Vitaliy Molchanov.

The event was organized by the Kyiv city organization of trade Union of workers of education and science of Ukraine. During the rally, its leader Alexander Azuni said that raising rates should be viewed in the complex with reference to the wages of all categories of workers. According to him, the increase in the minimum wage is an important step, but without defrosting the whole of the Unified tariff scale it is impossible to fully spend the pay reform.

Teachers also discussed the issues of subsidies, which, in their opinion, should be provided to the poor, the disabled population groups: seniors, persons who cannot provide themselves with work, single mothers and the like. But the Government is forcing state employees to ask for help from the state.

The rally was addressed, and a student of FTI Miroslav Stremechka. She emphasized the inadmissibility of narrowing the funding of academic scholarships, the reduction of teachers salaries, unjustified increase in tariffs and warned the government from rash action against the students.

During the rally, the protesters adopted a resolution which outlined a number of demands to the Government and Parliament.

From the Cabinet of Ministers of Ukraine teachers require:

Solidarity support for the Kiev expressed by all the local organizations of the Union from different parts of Ukraine – Odessa, Kherson, Cherkassy, Kharkov, Chernigov, Zaporozhye, Ternopil, Vinnitsa, Ivano-Frankivsk, Lviv, Rivne; Volyn, Dnipropetrovsk, Kyiv and other oblasts, as well as students from leading educational institutions.

According to the materials of the site «teachers of the capital»

(profspilka.kiev.ua), the trade Union of employees