The holiday in our library 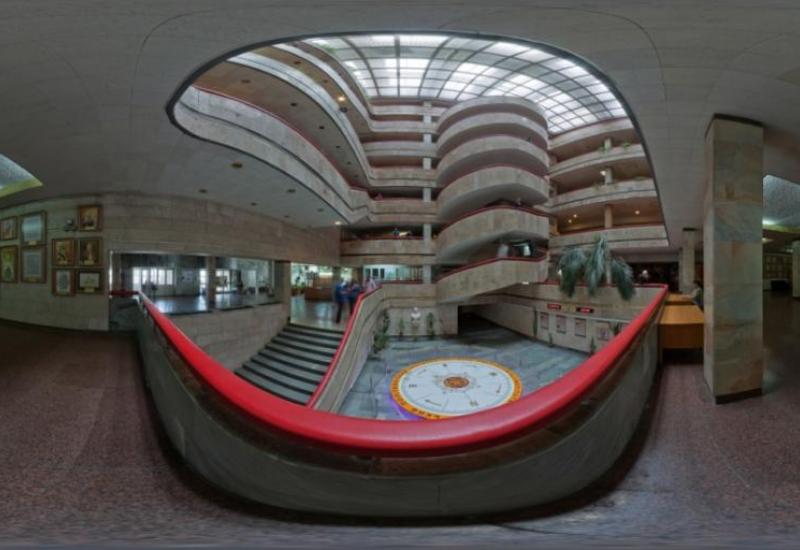 This year's celebration of National Librarian Day in a team of Scientific and Technical Library named G.I. Denisenko of NTUU "KPI named Igor Sikorsky" was especially interesting. We decided to completely change the format of celebration itself and offer our users to spend with us in a non-stop mode the 30 September, in particular to enjoy holiday offers of the library from dawn to late twilight. This means that instead of the usual schedule we were dissolved the doors at six in the morning for users-larks, who wanted individual meditation and self-concentration in cozy halls of the library.

At the entrance attention of many people has attracted an interactive whiteboard "Leave suggestions for the library", which acted simultaneously as a complaints book, reviews and holiday greetings. From nine am and until late night at all points of service every reader who ordered or rented the book, additionally getting a "sweet foresight" in the candy from the library. In the halls sounded nice jazz music and librarians were treated to all comers’ tea, coffee and pastries.

On this day of 190-anniversary of the first photos was grand opening of the original cameras and art books about photography.

For all comers was arranged an exclusive excursion on library "Service entrance or Outsiders do not walk here." Those who wishing was a lot, and instead of the expected two groups was formed five, and it is almost 150 students from all faculties. They curiously visited the book depository, saw the original book collections and the oldest and rare editions, looked through еру lists first KPI students, unique documents of KPI history and chronicle history of the library. Highlight of the tour was wonderful contemplation of the landscape from the roof of the library.

But the most important event of the day was the presentation of the Project of development strategy for 2016-2020 KPI's Library, the report, about which made our new director O.M. Bruy. The presentation was hosted by Open Space "Belka". Among the guests were M. Zgurovsky, Rector of the University, Vice-Rector of scientific work M.Y.Ilchenko, Deputy head of the trade union committee of staff V.O.Korsakov, deans of faculties, heads of departments and subdivisions of the University. Speech of Oksana Mykolaivna presents perceived with interest and made suggestions concerning directions of development of the the library. In particular, Rector M. Zgurovsky gave some constructive advice on the prospects of international cooperation with other university libraries and assured of his personal support of our further actions in this direction.

Vice-rector for scientific work M.Y.Ilchenko highly appreciated the participation and role of library services in research projects of the University and awarded the Honorary Diploma of Academic Council of "KPI named Igor Sikorsky" the head of the department of STL K.S.Moshynsku – for active participation in the scientific readings and the formation of edition "Outstanding constructors of Ukraine".

Sincere gratitude and congratulations expressed by representatives of different departments, demanding our regular readers - those for whom we work, to implement new, store eternal and looking for progressive.

We are grateful to everyone who was with us the whole day, and made the following weekend unforgettable. With the support of the trade union committee of of KPI we visited the National Historical and Ethnographic Reserve "Pereyaslav", one of the largest and most famous museums in Ukraine. The holiday ended, but we work every day, if you will be near the library - visit us!