New Scientific Knowledge as the Basis for Innovational Renaissance of Ukraine 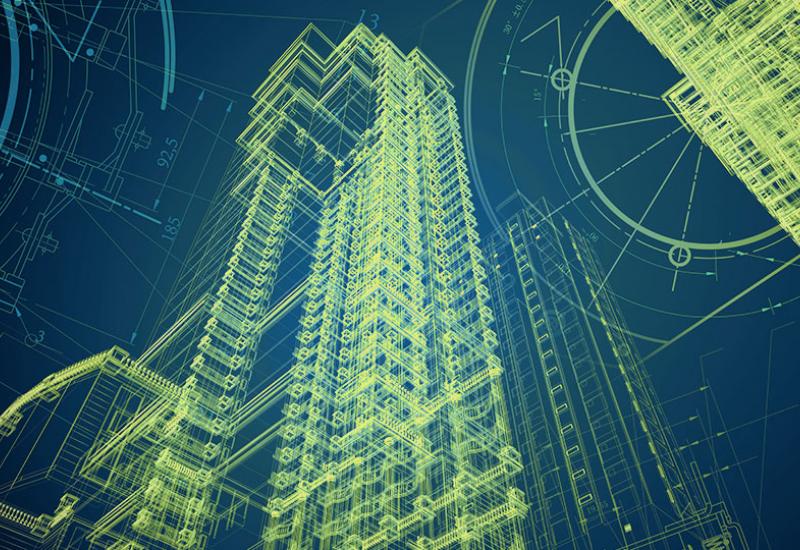 Abstract of Presentation carried by Vice-rector for Scientific Work M. Y. Ilchenko at the Committee Hearings in the Verkhovna Rada of Ukraine on the topic"Legislative Support for the National Innovation System Development: Current State and Solutions”
15th June 2016

Dear Hearings Attendees! The issue considered today at the Hearings is of the extraordinary importance. The current state of affairs is unacceptable as it is not oriented on revival of Ukrainian economy and consolidation of defense capacity and national security on the basis of innovations. With appropriate management and intelligent use of new scientific knowledge, science of Ukraine in general and science within universities in particular is bound to significantly improve economic situation of the country.

A good example is presented by scientific innovation activity of Kyiv Polytechnics. According to the national academic rating “Top 200” of 2016, our university has proved to be the undisputed leader among others by the criterion “University Innovation Activity”. Investment amount made by private high-technological business for university’s startups creation was taken into account.  The startups are relevant not only to modern technical achievements, but also to projects of other fields such as agriculture, medicine, humanities. What is important, all of them are based on brand new ideas and have demand for on the consumer market. More than 40 startups have been founded throughout the last year in the KPI Innovation Ecosystem “Sikorsky Challenge”.  Winners of the fourth annual startup university competition have received investments in the amount of 573 million UAH from private venture funds and high-technological companies.

University science and innovation management is founded on the principles and experience that we have gained for the last 10 years; it all started with the corresponding pilot project which had been initiated by the rector, M. Zhurovskyi. Its constituents are listed below.

Firstly, it is the implementation of a research university model based on combination of education, scientific research and innovations. This is the triangle in the foundation of the activities of European research universities. If the same would be accomplished in Ukraine, that would conform to the best abroad traditions. Civilized Europe would like to consider Ukraine as a safe and rich welfare state.

Secondly, with implementation of the research university model in the KPI, it had been necessary to involve innovation area into our activities on the legislative level. That was accomplished in December 2006, when the Special Law of Ukraine “On the scientific park ‘Kyiv Polytechnics’” was signed. The park has become a basic structure of innovation activity organization, holding annual festivals (competitions) of innovation projects, created the School of Startups and a number of small innovation businesses etc.

Thirdly, the necessity of industrial implementation of innovative developments had been urging us to complement the innovation environment model of the university with high-technological manufacturing component. With this aim, we invited in 2015 seven leading businesses in Kyiv, with each of those we have jointly realized specific innovative developments, to join the KPI Innovation Ecosystem.

This way, the current model of NTUU “KPI” research university innovation environment includes combination and interaction of participants of high quality education, advanced science, breakthrough innovations, innovation-oriented business and high-tech enterprises. Due to this very model, our university has managed to:

– construct and launch the first Ukrainian nanosatellite "PolyITAN-1" into space and is going to launch the second satellite (one of 50 nanosatellites of such kind of other countries) as a part of extensive international project QB-50;

–  accomplish supplying of unmanned aerial vehicles "Spectator" to our army and civil sectors, in particular agricultural, one year prior to serial production;

–  join to the demanded projects within new programs “Agrosector” and “E-Bus”.

What is also important, content of KPI scientific activity combines new scientific knowledge, research skills and methodology of innovation and commercialization. As a result, environment of the KPI is enhanced by the atmosphere of innovations creation and perception throughout the whole time of studies. This enables our youth, graduates of the KPI, to win in international competitions. For instance, recently, Ivan Pasichnyk, the KPI graduate, has won in the world’s rating of the most successful young talented entrepreneurs “30 out of 30”, published in the American magazine “Forbes”. His achievement is foundation of a world famous startup, aimed at power saving. There is also another example. 15310 participants from 61 countries took part in the NASA 2016 competition, and Ukrainian team of 7 innovators gained victory with “Mars Hopper” construction. Among them there were Pavlo Pravdiukov, Mykola Denysenko – graduates – and Viacheslav Osaulenko – a postgraduate of the KPI.

However, as was said in my interview on 19th May for “Uryadovyi Kyrier”, these achievements of the KPI as well as of other universities have been accomplished on the “not-due-to-but-despite” principle – despite current state of affairs in Ukraine and state policy in the fields of science and innovations. Experience of the KPI and other universities gives us the opportunity to attract attention of today’s Hearings attendees to the necessity of reserves mobilization for improvement of legislative provision ways of innovation development of the country’s economy. With regard to this, Ukrainian universities’ Vice-rectors for scientific work have developed more than 10 specific proposals for the laws currently in force as well as our hearings’ recommendations, which have been passed to the Science and Eductaion Committee of Verkhovna Rada of Ukraine. Due to the time limit, only a few proposals are going to be presented now.

We believe that there is an urgent problem of development and adoption of the Innovation Code, which would regulate innovation sphere systemically (according to our estimations, current legislation on innovation activity includes 14 legislative acts, more than 50 regulatory legal acts, about 100 of various departmental documents). Adoption of the Innovation Code would eliminate inconsistency of the current legislative acts terminology which makes it possible to interpret laws in different ways and distorts statistic reports on scientific, technical and innovation activity as well as complicates its preparation.

Innovation Code could solve one more legal conflict existing in the procedure of submission of the documents to Ukrpatent for obtaining copyright protection. The conflict lies in that, according to the current legislation of Ukraine, every inventor has a right to submit such documents in the capacity of an individual and an organization employee. With regard to experience of the world’s leading countries, especially to the 1980 Bayh-Dole Act of the USA, patent rights on the results of research scientific work carried out on state budget funds were passed to organizations in order to be included into economic turnover. This way, all intellectual property gained by researchers during their work belongs to the universities. It is the university that decides for each and every product of intellectual property which strategy of copyright protection to deploy: either to apply for it immediately, or hold it back until a potential consumer has been found, or keep it as a commercial confidentiality, or refuse the inventor to promote it any further. That is why we propose to make appropriate changes to the chapter III of the Law of Ukraine “On Copyright Protection of Inventions and Utility Models”, the Civil Code and other regulatory acts on this matter.

Enactment of current legislation remains actual in the sphere of intellectual property copyright obtaining and protection with the aim of insight into ‘know-how’ already on the commercialization stage.

I would like to mention the following proposals of the ones made by the Board of Vice-rectors for Universities Scientific Work and Directors of Scientific Institutions of Ministry of Education and Science of Ukraine.

1. Ministry of Education and Science of Ukraine has to provide for budgets of high educational institutions with financial funds on mandatory wage indexation payments, increase of Research Department employees’ salaries, equipping and refitting of scientific labs and modern equipment collective usage centers.

2. In order to create the necessary conditions for startup development, universities raising startups should obtain a right to deal with premises rent issues on their own, without addressing to State Property Fund of Ukraine, due to scientific-innovative effectiveness of the startups.

3. In order to attract investors to the sphere of science and education and create conditions for realization of innovative model of development of economy of Ukraine, universities should be granted a remission of VAT during research and development work (or VAT should be redirected on development of the scientific-experimental base) and obtain a right to use funds gained from consumers, purchase of products, work and services on their own, without tendering processes.

4. Upon joining of Ukraine to international license trade, which has actually become an independent institution of national and international economic relations, state regulation system of these relations is of the utmost importance as well as compensation mechanisms of foreign patenting of inventions providing that there is a demand.

And at last, but not least, the innovation system itself, even of the national level, is not yet a pledge for revival of economy of Ukraine, it is just a tool to achieve the goal. Above all are the people who should manage this tool and who have to gain from the state appropriate conditions (instead of such obstacles as exorbitant taxes, not always well-grounded tenders, too bureaucratic State Treasury) for successful production of innovation production of a high demand on the domestic and foreign markets with the maximum added value due to the use of new scientific knowledge. Unfortunately, this problem has not been solved by any government for 25 years of independence of Ukraine! That is why it is strategically important to solve it in a civilized manner and not in chaos. That is my wish for us all.

Thank you for attention.