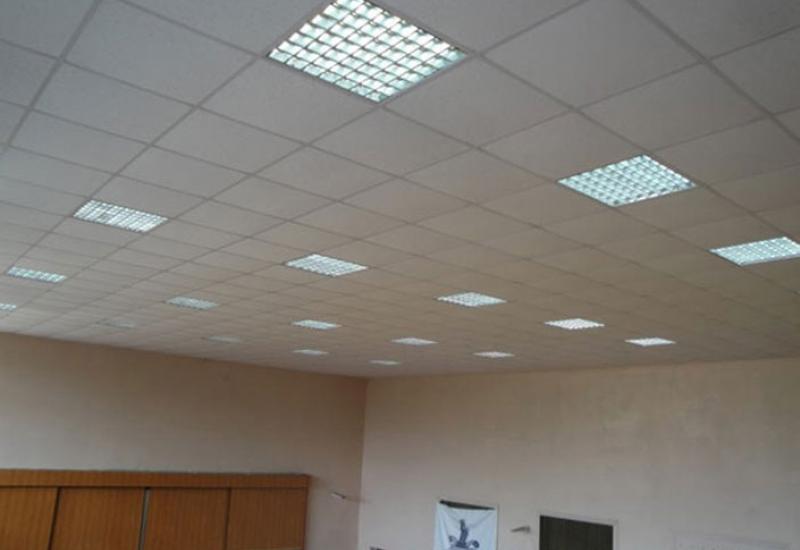 The priority light sources. Achievements in physics and optoelectronics in the last decade helped to create the light sources with an energy efficiency of 5-10 times greater than incandescent lamps. These solid-state light sources include LEDs. The introduction of these light sources will create a brand new technology of environmentally friendly and high-efficiency lighting. Most developed countries (USA, Japan, Germany, China) intensively studying the physical processes of radiation in LED structures, developing original designs of LEDs, improving production technology and expansion of the areas of their use. Ukraine also has made LED technology its priority in the development of energy-saving light sources.

Energy savings. According to specialists of the NAS of Ukraine, the replacement of 30% of incandescent bulbs to LED light sources in Ukraine will save about 13.8 billion kWh of electricity per year and reduce carbon emissions by 7.8 million tons.

Energy Efficiency in "KPI". Last year, seeing the importance of using modern energy efficient equipment, created according to the latest scientific developments and implementation of  energy savings objectives set out in the Programme for Energy Efficiency of NTUU "KPI" for 2012-2015, our university joined the implementation of the Programme. Modernization of lighting systems involves the replacement of old lighting devices to LED ones of domestic production and replacement of incandescent bulbs with LED. The works on the re-equipment are conducted by specialists of Energy department of "KPI" on technical support of specialists of LLC "OSP Corporation Vatra" that produced these items. Starting with April 2014 streaming audience of NTUU "KPI" shone in new colors. Thanks to the project about 85% of them were re-equipped.

The introduction of LED lighting in the premises of our university will result in energy savings during the exploitation of the internal lighting of the university; reducing costs of current or overhaul repair of existing lighting systems due to the high reliability of LED light sources; reduction of accidents by improving the quality of lighting and the implementation of modern lighting control systems; the solution of long-term environmental problem, which consists in the need to maintain costly technologies of utilization of gas discharge lamps; significant improvement of quality of light and the light comfort andas a result improvement of conditions of work for employees and students.

In the service of energy management. In the KPI preparation for the project realization lasted about a year. The service of energy management of the university in cooperation with the Head of the Programme, representatives of JSC "Ukrsvitlolizynh" that developed the re-equipment project, carried out an inventory of existing lighting devices in classrooms of NTUU "KPI" and measured the light level to define the types of LED lights, the requirements for their electrical and optical parameters, the number and installation place and so on. Overall, the project provides the installation of 1150 LED lights (suspended ДПО 25У-59 – 520 pcs., embedded ДВО 16У-60 –630 pcs.) and 5000 LED bulbs (СДЛ-5/220-112).

Total replacement of the specified number of light sources will help to reduce the installed capacity of lighting devices from 475 kW to 93.5 kW. At the same time, for a four-hour work of lighting five days per week, the annual energy savings will be about 385 thousand kWh, or in cash – about 500 thousands of hryvnias.

The pilot batch of LED lamps (100 pcs.) second year lightens rooms 109, 113, 115 in Bldg. 7. The results of the exploitation, the measurement of light and a survey held among the students shows that there are all prerequisites for the wide implementation of LED lighting in schools of Ukraine, based in particular on the achievements and capabilities of domestic manufacturers of LED equipment (JSC "OSP Corporation Vatra") in collaboration with the scientific and technical institutions (Institute of Semiconductor Physics of NAS of Ukraine, NTUU "KPI").

Medical findings. In January and February 2014 by the Institute of Occupational Medicine NAMS of Ukraine surveyed the psychophysiological perception of light environment by students of NTUU "KPI". 81 students of FSL and FMM participated in the study. Light environment in the investigated lecture rooms (109, 113, 115 in Bldg. 7) created according to the system of uniform general lighting with a parallel arrangement of lamps in four rows of six in each (24 lamps in each room in total ) at the same distance from each other. The room is equipped with LED lighting with a color temperature of 6000K. The survey among the students, who stayed in premises during the period of observations, showed that over 80% of them assess lighting environment as comfortable and only 7.3% – as uncomfortable.

LLC "OSP Corporation Vatra" is a lighting production company engaged in the design, engineering and manufacturing of lighting products. The word ‘vatra’ is the Carpathian name of campfire, which symbolizes in the best way the nature and specifics of the work of collective of the enterprise, founded in 1957 as a state enterprise "Electroarmature" in Ternopil. Today the company is the largest manufacturer of lighting equipment in the CIS. It provides the necessities of Ukraine on industrial lighting and increases supply to the CIS (Russia, Belarus, Moldova, Kazakhstan, Uzbekistan, etc.). More than 60% of its products is delivered for export. Serious attention is paid to the design and manufacture of energy efficient lighting products using high intensity light sources, including LEDs.